Meta and the Facebook Papers: Why Mark Zuckerberg has nothing to fear

In our times of government impotence, media scandals are meaningless 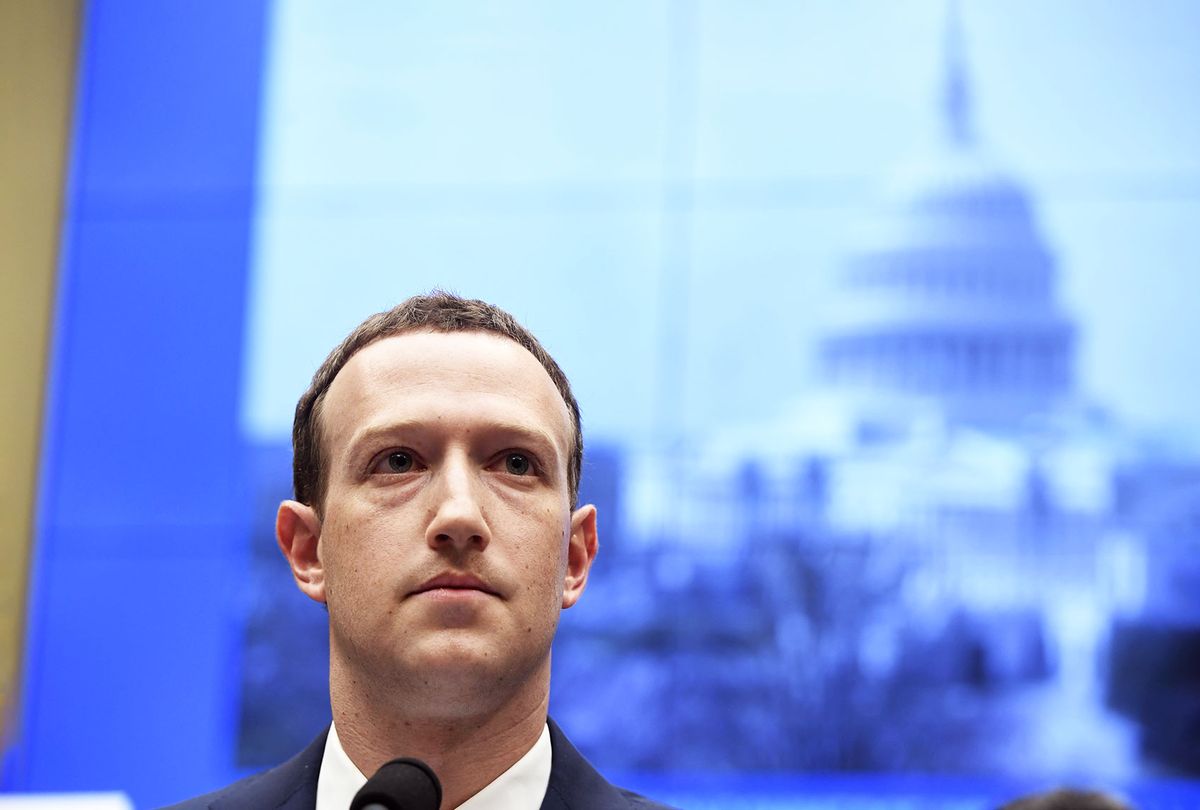 With great fanfare on Thursday, Facebook CEO Mark Zuckerberg announced his company's much-anticipated name change. While he sidestepped some of the more obvious possibilities — "The Borg" or "The Matrix" come to mind — the name that was eventually settled on, Meta, proved to be no less ominous. That was doubly so because Zuckerberg's vision for the company's future was to create a "metaverse," which he has described as an "embodied internet" and "a persistent, synchronous environment." Casey Newton at The Verge described it as "a more maximalist version of Facebook, spanning social presence, office work, and entertainment." One does get the strong impression that Zuckerberg envisions a future where people never unplug from his metaverse, putting them under very non-stop corporate surveillance for profit.

It's an especially sinister move at the current moment, as the company is under international scrutiny for its already overpowering presence in people's lives. A former Facebook employee named Frances Haugen has been releasing a steady stream of leaked documents showing that Facebook knew its social media networks were being used to spread misinformation, stoke often genocidal levels of conflict, and undermine people's mental health — but did little to nothing about it.

All of that negativity keeps people engaged in the site, making the company more money. In one particularly telling example, the site weighted "angry" emoji responses five times more than "like" emoji responses in the algorithm. The company also allowed troll farms trying to tilt the 2020 campaign to reach 140 million users on the eve of the election.

In light of all of this, it's tempting to imagine the company's name change is a clean-up effort, even as company spokespeople deny that's the case.

Certainly, the word in the media coverage is that Facebook (do we have to call it Meta?) is facing what CNN describes as "the most intense and wide-ranging crisis in the company's 17-year history." Politico even reports that "congressional aides involved in efforts to regulate the tech companies say they are fed up with Facebook's government relations strategy," and that doors "across Capitol Hill are shutting on Facebook's army of lobbyists." And stock prices have taken a minor hit, though there are conflicting reports suggesting that it might be more a reaction to Facebook's declining reach in the youth population than any real worry that these scandals will affect the company's bottom line.

After all, as Felix Salmon of Axios wrote on Tuesday, taking a look over the past five years, "Facebook's revenues — and its stock — have been soaring" in response to non-stop scandals. Indeed, he argues, the moral outrage is likely making Facebook more attractive to investors, because the scandals prove that, "[g]iven the choice between commercial and moral imperatives," Zuckerberg will go with the latter nearly every time.

It will not surprise readers to learn that this is a chronic problem in capitalist economies: Doing the wrong thing is often doing the profitable thing. When making money is the priority, other values — like preserving democracy or preventing genocides — typically fly out of the window. But this is why "We the People" have vested in our government the power to regulate commerce. It's the only way basic human decency has a fighting chance against the imperative to line Zuckerberg's flush pockets with more ill-gotten gains.

But let's face it: Investors aren't foolish if they continue to act as if there's no chance in hell that the behemoth social network will face serious consequences for anti-social behavior. On the contrary, anyone taking a look at Capitol Hill right now would be surprised if that American leadership could reliably regulate a dodgeball game, much less an international company that is eroding our collective faith in humanity.

For one thing, Republicans control both the federal judiciary and half the seats in the Senate — and due to the filibuster, they can block all major legislation of the sort that would likely be necessary to truly tackle the Facebook problem. They have no interest in stopping Facebook from being evil. They are the major beneficiaries of Facebook's evil. Facebook bests even Fox News in being a conduit for the right-wing misinformation that helps the GOP undermine our democracy and install themselves permanently in power.

Democrats are technically supposed to be in charge, holding a slim Senate majority, a less slim majority in the House, and the White House. But even with all this power, it's becoming quite clear that Democrats have a serious "getting stuff done" problem. They can't pass basic voting rights protections, so it's hard to imagine them tackling the more novel problem of regulating the chaos on the internet.

The problem comes back to corruption.

Corporate interests don't need to buy up all of Capitol Hill. Just capturing a few key Democratic senators — as Big Pharma has done with Sen. Kyrsten Sinema of Arizona and fossil fuel interests have done with Sen. Joe Manchin of West Virginia — will do the trick. Sinema has successfully stripped out what is probably the most popular provision in President Joe Biden's Build Back Better plan, a mechanism by which to reduce the cost of prescription drugs. Manchin has done similar damage to popular provisions to force electric companies to embrace green energy. It clearly doesn't matter what the public wants when Democrats are so helpless to overcome their own bad actors. Facebook investors have eyes, and they can see that.

To be fair, the situation is not utterly hopeless. Former Obama advisor Dan Pfeiffer, in his Wednesday Message Box newsletter, outlined steps that Democrats can take to rein Facebook in. While he does hold out a faint hope of legislation, Pfeiffer also suggests more realistic alternatives. The "Securities and Exchange Commission can undertake an investigation to see whether Facebook misled investors," he argued. And the Federal Trade Commission can break up Facebook under existing anti-trust laws.

There is also the possibility of governments in other countries — or the European Union — taking stricter actions against Facebook. Haugen has already thought of this and is currently touring Europe with her whistleblower show, clearly hoping regulators there won't be as impotent as the U.S. government.

There's also the possibility of states trying to pass regulations. California's recently passed privacy law is affecting how internet companies track users across the country, and more changes are expected.

Still, the situation is grim. Facebook is an American company and there are limits on how much international law can affect how it's organized and run. But Zuckerberg has proved, time and again, that he cannot be trusted to do the right thing when it conflicts with his profit motive. Yet politicians at a federal level look like they're powerless against a company they supposedly have a legal right to regulate. So, as much fun as it is to imagine Facebook will be toppled by this deluge of scandals, right now, the smart bet is that they'll come out on the other end of this doing just fine. The rest of the world, however, won't be so lucky.