Trump lawyer told Mike Pence's team they were responsible for Jan. 6 even as mob breached Capitol

The sentiment appears to follow statements made by the rioters, who were publicly calling for Pence's execution 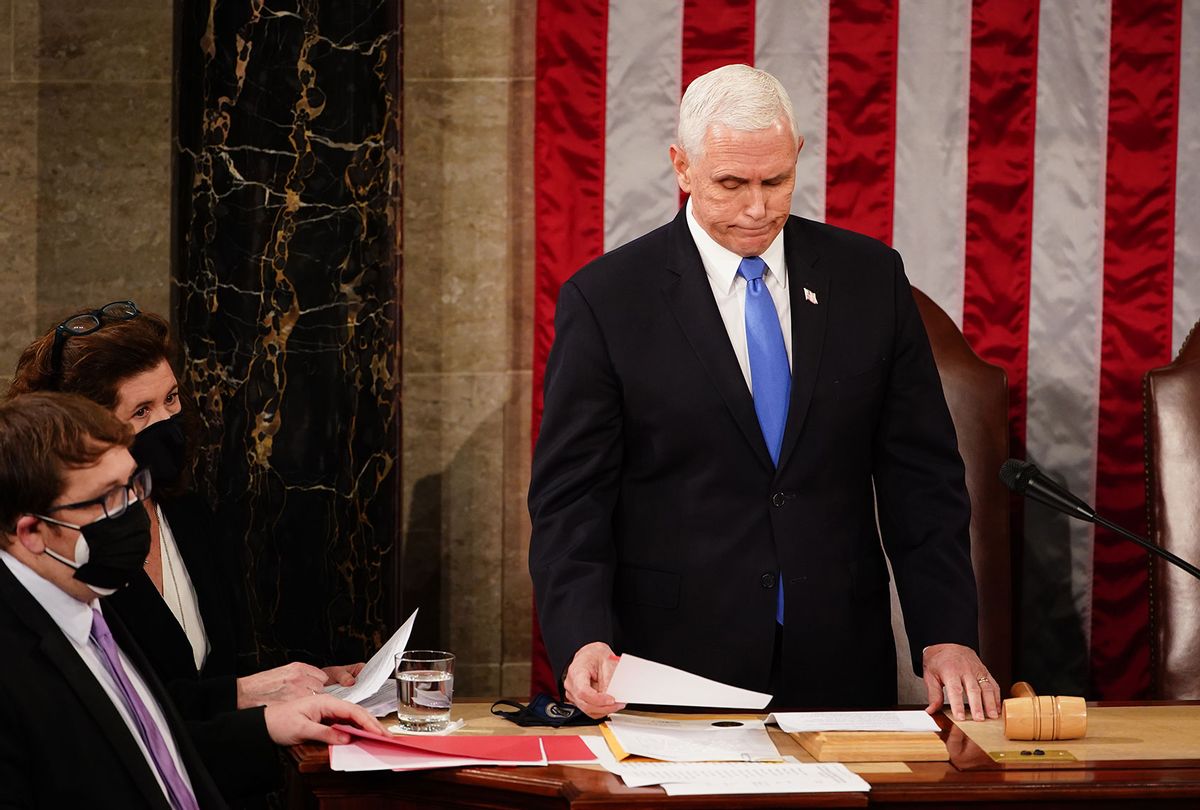 Even as a mob of Trump supporters were storming the U.S. Capitol building on Jan. 6, the team of inner-circle White House aides and lawyers that had spent months scheming to overturn the 2020 election were hard at work pressuring then-Vice President Mike Pence to aid their efforts — with one of them even going so far as to email Pence's team to blame them for the riot itself.

The attorney who sent the email, John Eastman, has come under fire in recent weeks for authoring a document many are referring to as "the coup memo": a list of six steps that Pence could have taken to challenge President Biden's victory while presiding over the largely ceremonial step of Congress certifying the 2020 election.

"The 'siege' is because YOU and your boss did not do what was necessary to allow this to be aired in a public way so that the American people can see for themselves what happened," Eastman wrote to Greg Jacob, a Pence aide, according to a new report in The Washington Post.

The note came as both Pence and Jacob were hunkered down in a "secure area" under armed guard due to the still-raging insurrection — which featured many of the pro-Trump protesters calling for Pence's execution.

The Washington Post obtained the email as part of an unpublished draft opinion article that Jacob wrote after Jan. 6 but later decided not to publish. In it, the newspaper reports Jacob blasted Eastman as displaying "a shocking lack of awareness of how those practical implications were playing out in real time."

The exchange shows just how far Eastman and other members of the twice-impeached former president's "War Room" team went in their quest to overturn the will of American voters in order to keep Trump in power, and exposes the rifts that formed even before the smoke cleared and Trump supporters were still milling about the Capitol building.

Eastman, for his part, did not deny sending the email or taking any of the actions outlined by the Post — but defended his team as righteously exhausting "every legal means" to challenge the results.

"Are you supposed to not do anything about that?" Eastman said, referencing Trump's repeated, baseless accusations of widespread voter fraud.

He also said the email in question to Jacob was in response to a similarly confrontational letter the Pence aide had sent moments earlier, in which he said Eastman's "bull----" legal advice was the reason the vice president's team was "under siege."

The House committee investigating the attempted Jan. 6 insurrection has indicated that Eastman is high on its list of subpoena targets. It is unclear whether he will comply with the order, setting up another Congressional showdown like the one former Trump aide Steve Bannon staged last week.