Falling for Duran Duran's "Future Past," which reflects the band's signature ingenuity and sentiment

Fifteen albums in, the Birmingham band remain committed to embracing the future 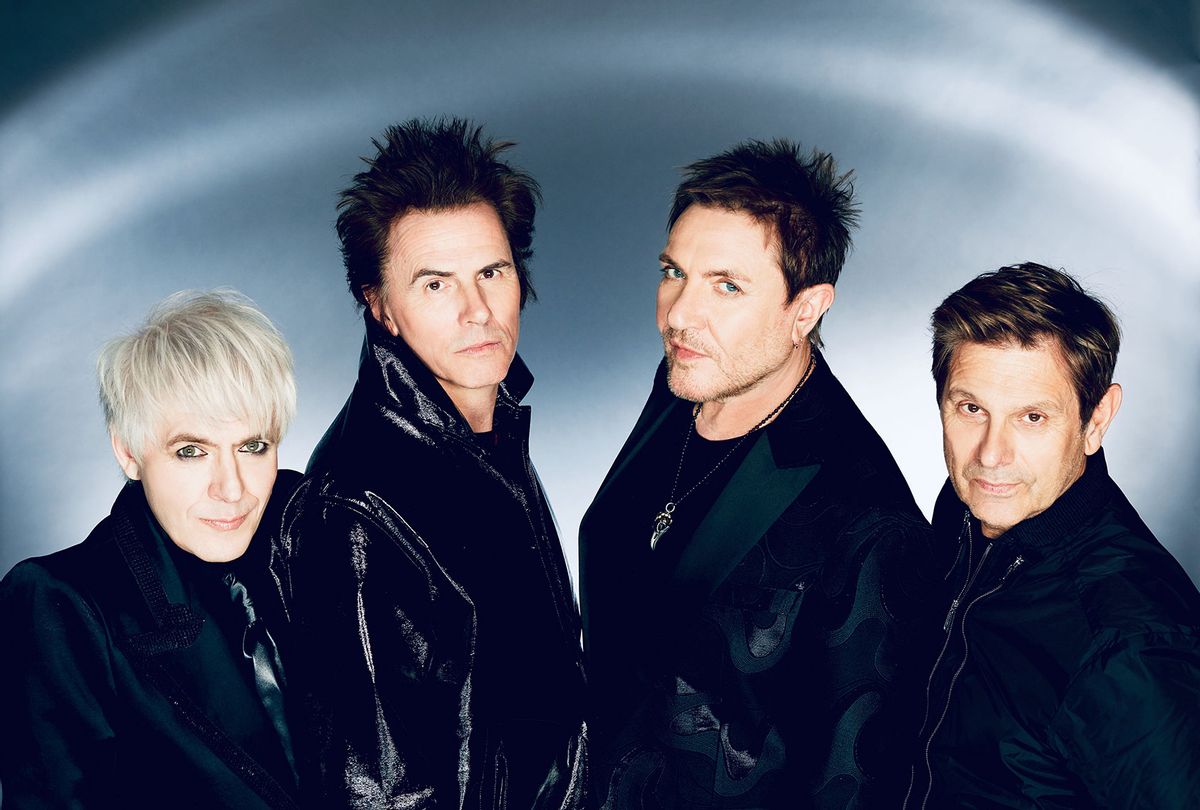 There's a moment in Duran Duran's new "Anniversary" video where tuxedo-clad bassist John Taylor encounters his younger self, in the form of an actor dressed like the spitting image of early '80s John Taylor. The look on the real Taylor's face is priceless: He looks both amused and awed when faced with his doppelganger, before recovering and flashing a matching toothy grin for a photo.

The brief scene is an apt metaphor for Duran Duran's career. The Birmingham-formed group set an astoundingly high creative bar for themselves in the first part of the '80s, thanks to albums such as 1982's "Rio" and singles like "Hungry Like the Wolf," "The Reflex" and "Planet Earth." This massive superstardom always hovers in the background of everything Duran Duran does, though it's not an albatross, but an increasingly benevolent presence. Times have changed, decades have passed, and the band are far different people and musicians than they were 40 years ago.

The new "Future Past," Duran Duran's 15th studio album, naturally reflects this accumulated growth and sophistication. Like the best Duran Duran albums, the full-length is an immersive, cohesive statement with a meticulous sequence that takes listeners on a journey. Yet the guiding principle of "Future Past" remains the same as it's been for nearly every Duran Duran album: explore the kind of new sounds and ideas that can send the band tumbling toward the future.

RELATED: Duran Duran and art in the age of internet reproduction

Over the years, Duran Duran have achieved this goal by consistently working with collaborators fond of reshaping pop music — to name a few, producers like Colin Thurston, Nile Rodgers and Mark Ronson, and musicians such as Justin Timberlake and Janelle Monae. "Future Past" is no exception. In the studio, Duran Duran recorded with guitarist Graham Coxon, who cut his teeth in Britpop shapeshifters Blur and is known for adventurous solo work. Coxon is a good match for Duran Duran: He's a cerebral player who knows his way around both jagged discord and beautiful melody, meaning he can conjure up razor-sharp accents on "Invisible" or add more delicate shading on the soft-glow title track.

Although "Future Past" notably features Duran Duran's first collaborations with long-time idol Giorgio Moroder — how did it take so long for this to happen? — much of the album features co-production from Erol Alkan. That's another inspired choice: The London-born DJ and producer — who's helmed the stellar recent reunion albums by Ride and the Killers' "The Man" single, among other projects in recent years — draws out the best performances from artists, without muting their unique sound and approach. On "Future Past" that translates to a mix where every member of Duran Duran is audible, and each musical part has its own precise place in a song: John Taylor's funky bass snarls, Roger Taylor's atomic clock-accurate drumming, and Nick Rhodes' esoteric keyboard excursions.

In that sense, "Future Past" is a throwback to "Rio," another sonically and thematically cohesive album where every instrument is audible and pops out of the mix. But this precise approach also ensures that the guest musicians on "Future Past" make their appearances count. "Give It All Up" is the kind of pulsating electro-disco fantasia Duran Duran have always been destined to record, anchored by Nick Rhodes keyboard surges and sparkling guest vocals from pop star Tove Lo, while "More Joy!" is built on Kraftwerkian rhythms, sugary synth crackles and ebullient vocal accents from the Japanese rock band Chai. The funky, slithering "Hammerhead," meanwhile, boasts squelching beats and a slinky rap from the British musician Ivorian Doll.

Of course, for as much as Duran Duran excels at vivacious dance-rock, they're just as strong when unfurling grand ballads; their catalog includes the romantic fling elevation "Save a Prayer," coy and carefree "Serious" and the somber remembrance "Ordinary World."  And "Future Past" also contains several exemplary lush ballads, all of which are buoyed by Simon Le Bon's inquisitive, empathetic vocals. The highlight "Wing" is old-fashioned spy noir, what with a twisted-vine melody and introspective lyrics, while the album-closing "Falling" is a languid, debonair song that luxuriates in comet-streak keyboards, silky beats and pianist Mike Garson's classical-inspired cascading piano. The title track, meanwhile, is a throwback to the New Romantic melodrama you might have heard from Ultravox circa "Vienna."

It's rare to find any sonic parallel on a Duran Duran album, as the band are always defiantly, aggressively themselves. But "Future Past" also has a sentimental streak, which translates to more than a few self-referential moments or inspiration nods. The rainbow-hued Moroder synth-pop banger "Beautiful Lies" especially brings to mind Pet Shop Boys' early work, but has sly winks to Duran Duran's past. The lyrics mentions both "cherry ice" and "paradise" (shout out to "Rio"!) and when vocalist Simon Le Bon mentions being "trapped inside a snare," an uber-'80s drum blast pounds in the background.

In a more touching development, "Future Past" is also lyrically sentimental. In interviews, band members have even noted that one of "Future Past"'s overarching themes is commitment. "Tonight United" and "Invisible" stress maintaining a unified front in the face of division, while the exuberant single "Anniversary" is a heart-on-sleeve celebration of spending another year spent together. At the same time, Le Bon is an oblique enough lyricist that the idea of commitment emerges in enigmatic ways elsewhere — or is subsumed by moodier, darker brooding. Both "Wing" and "Hammerhead" especially speak to grappling with your own inner frustrations and flaws, while another interpretation of "Invisible" could speak to trouble connecting with someone: "Will you say my name?/Has the memory gone?/Are you feeling numb?/Or have I become invisible?"

And then there's "Falling," which is about a poignant moment of intense connection but features delightfully ambiguous lyrics: "Is this how it all begins? / With a quiet explosion within / Like a raindrop falling on skin / Am I falling into feeling?" Rather than spelling out the inspiration, "Falling" creates an outline that anyone can color in with their own experiences. Is it about a romantic dalliance? An elaborate metaphor about joining a band? Or does the romance arise because of the band?

That mystery is one reason Duran Duran remain so popular and beloved. Few things are obvious with the band: There's always something to puzzle through and figure out, whether it's a video, an artistic statement or a lyrical twist. This complexity is a reflection of Duran Duran's punkish art-school roots, sure, but also their dedication to creating pop music that's both commercially accessible and artistically challenging. "Future Past" certainly fits this bill, while emphasizing that can look back fondly at your past self without getting lost in nostalgia.