John Cleese backs out of Cambridge appearance over “woke rules,” is praised by Piers Morgan

The "Monty Python" alum tweeted out his decision, which is linked to defending impersonations of Hitler 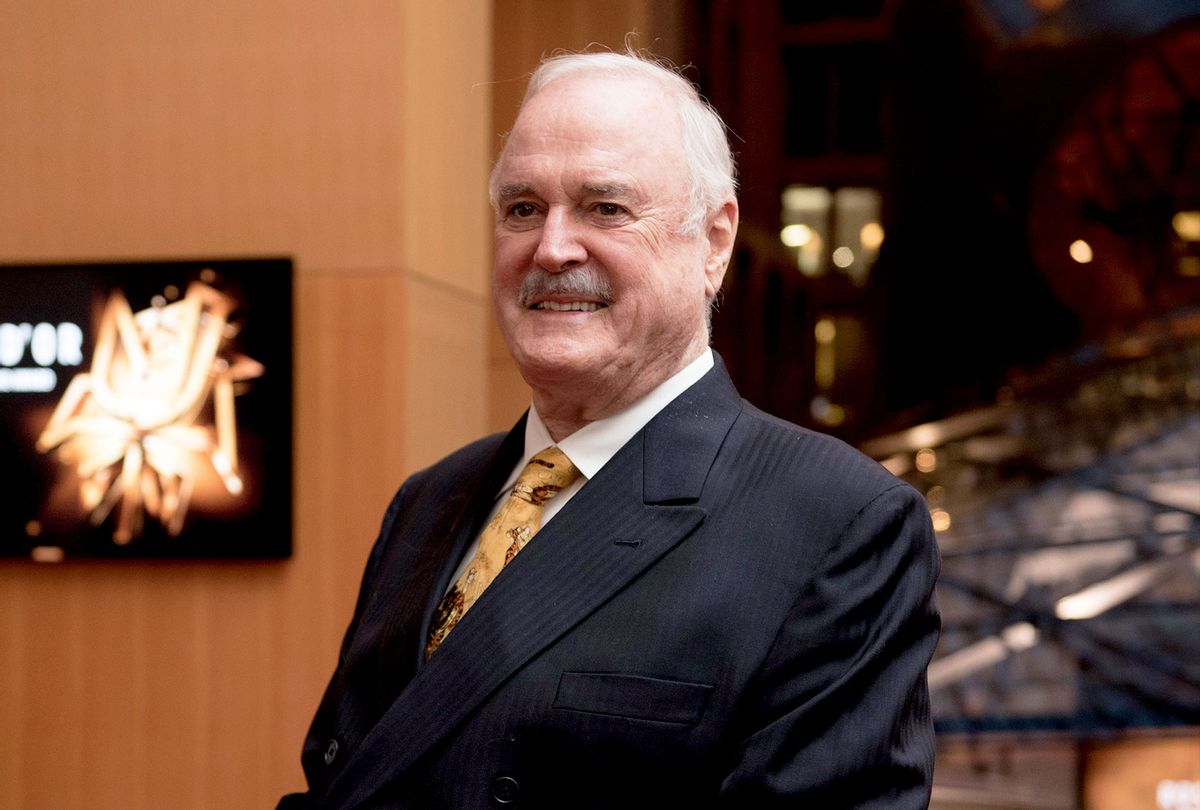 The "A Fish Called Wanda" actor announced Wednesday that he's canceling a scheduled appearance this week at Cambridge Union, a debate and free speech society at the University of Cambridge, Variety reports. Cleese cited the Union's decision to blacklist art historian Andrew Graham-Dixon for Graham-Dixon's recent impersonation of Adolf Hitler at a Union debate last week.

"I was looking forward to talking to students at the Cambridge Union this Friday, but I hear that someone there has been blacklisted for doing an impersonation of Hitler. I regret that I did the same on a Monty Python show, so I am blacklisting myself before someone else does," Cleese tweeted on Wednesday morning.

RELATED: What is an NFT, and why does John Cleese want to sell you his for $69.3 million?

He continued in a follow-up tweet, "I apologise to anyone at Cambridge who was hoping to talk with me, but perhaps some of you can find a venue where woke rules do not apply."

To be clear, despite citing imagined "woke rules," Cambridge Union did not cancel his appearance; rather he is the one choosing to back out of the event.

Cleese's stance has caught the attention of none other than Piers Morgan, the conservative social media grifter and British broadcaster best known for harassing Meghan Markle after she shared her former struggles with suicidal ideation. "Bravo, Mr Cleese," Morgan tweeted. "(Words I never thought I'd write, but this is an admirable response to yet more absurd campus cancel culture cr*p.)"

It's all rather disheartening for longtime fans of Cleese, who, it should be noted had a beef with Morgan once upon a time. Will they join forces next?

This also feels particularly disingenuous because many who cry "cancel culture" are often victimizing themselves and reaping the benefits as a branding opportunity and publicity stunt more than anything else.

Cleese of all people has shown his awareness of the profits and attention to be wrought from faux outrage over "cancel culture," or powerful people facing some sort of often minor consequence for being terrible. He and the British television network Channel 4 literally created a documentary on the concept called "Cancel Me," which "explores why a new 'woke' generation is trying to rewrite the rules on what can and can't be said."

Cleese and the creative team behind "Cancel Me" were set to appear at Cambridge Union together on Friday, and Cleese's little stunt of creating and enforcing his own interpretation of "woke rules" is quite transparently just a PR move for their documentary.