In the MAGA cult of toxic masculinity, gun-worshipping moms live vicariously through their sons 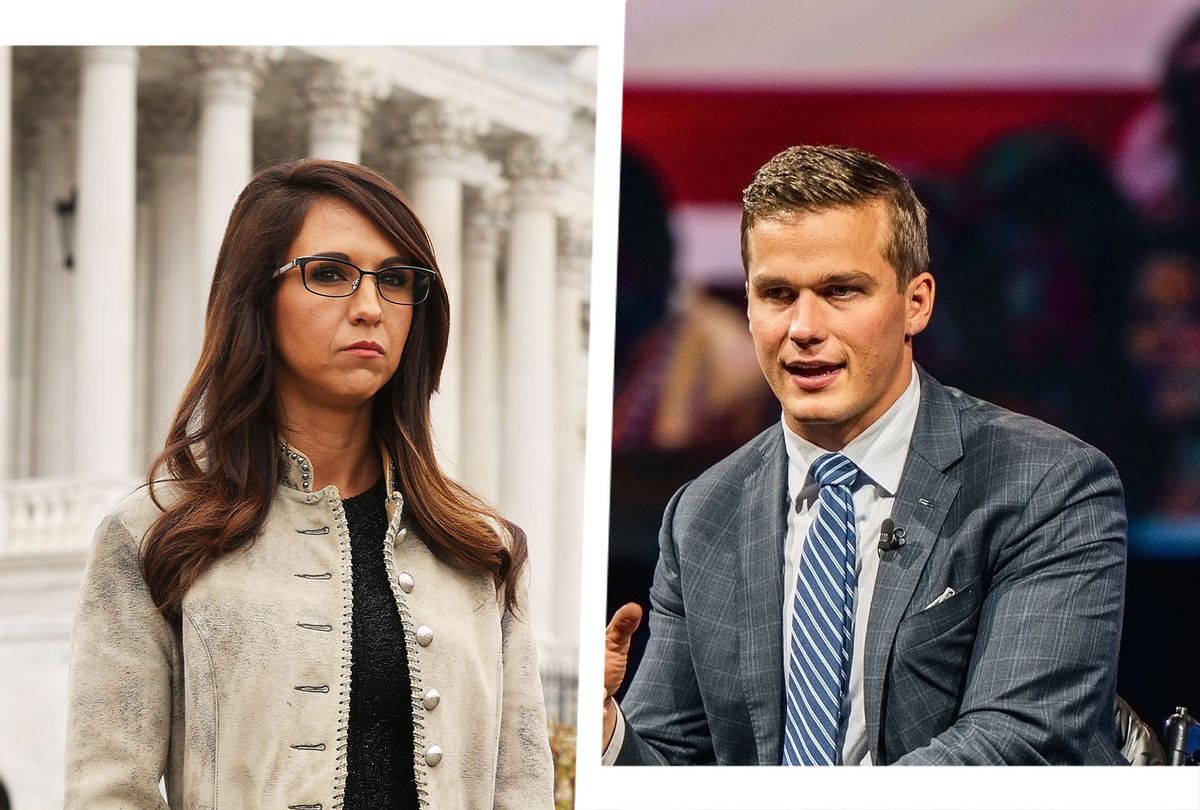 There's much to be learned still about the role that James and Jennifer Crumbley played in the mass murder their son, 15-year-old Ethan Crumbley, is accused of committing in Oxford, Michigan last Tuesday. But, at a bare minimum, we know that the couple indulged their son's unhealthy fascination with guns and violence, even buying the boy the weapon he allegedly used to kill four teenage kids. In the name of MAGA politics, Jennifer Crumbley has left a long digital trail of evidence demonstrating how she celebrated her son's gun worship. In 2016, she posted a long letter defending her decision to vote for Donald Trump on the grounds that she could not let Hillary Clinton "have control over my son's future." She thanked Trump "for allowing my right to bear arms," and bragged about how she's not scared of Trump's "big personality and quick temper." Finally, she signed the letter as someone who is "sick of getting f*cked in the ass and would rather be grabbed by the pussy."

Crumbley's husband shared the letter by writing, "My wife can be spot on. Sometimes."

In the cult of MAGA, women need to be kept in their place. Yes, even loyal women who worship toxic masculinity to the point of pretending that being sexually assaulted is no big deal.

RELATED: Kyle Rittenhouse verdict: Just what the right needs to create a thousand more like him

On the day before Ethan Crumbley allegedly killed four people, he was caught in class looking at pictures of ammunition. His mother's response, in text: "LOL I'm not mad at you. You have to learn not to get caught."

It is important to recall that in October, one of the more noxious trolls in the House's GOP caucus, Rep. Madison Cawthorn of North Carolina, gave a speech aimed at the mothers of MAGA in which he encouraged the women to raise their sons to be "monsters." Cawthorn claimed that "[o]ur culture today is trying to completely de-masculate all of the young men," and argued that it's on mothers — who he called "the most vicious in our movement" — to counter this supposed emasculation by training their sons to be "monsters and lions." Predators, essentially.

That Cawthorn only addressed mothers is no mistake, of course. In MAGA-land, fathers who are present in their kids' lives are viewed as emasculated. And a lot of MAGA moms were hardly waiting for Cawthorn's instructions.

Take the relationship of Kyle Rittenhouse and his mother, Wendy Rittenhouse. Every step of the way, she's been a proud MAGA mom, treating her son — who shot three people, killing two, at a Black Lives Matter protest — like he's a hero, and blaming his victims for their own deaths.

"A lot of people shouldn't have been there," she raved to NBC News during her son's trial. "He brung that gun for protection, and to this day if he didn't have that gun, my son would've been dead."

Last January, Kyle Rittenhouse was spotted in a bar partying with his mother and a group of Proud Boys. As the young Rittenhouse flashed white supremacist signs, his mother stood by, clearly unbothered that her 18-year-old was drinking with a group of men known for promoting violence in the name of authoritarian politics.

Or take Republican Rep. Lauren Boebert of Colorado, a prime example of a woman who waves a gun around in a bizarre psychological battle with her own tribe's belief in female inferiority. Boebert has been heavily criticized for her repeated shows of contempt for the idea of gun safety. But the worst moment was no doubt over the summer, when, as Zachary Petrizzo reported for Salon, Boebert released a video showing her 8-year-old son "singing, dancing and playing with cigarette lighters — while left alone in a room a few feet away from a high-capacity rifle."

By August, there were at least 259 unintentional shootings by children in 2021, which resulted in 104 deaths and 168 injuries. But raising boys to care about safety is viewed in the MAGA world as, to use Cawthorn's word, "de-masculating." Boebert has routinely blown off critics who point out how dangerous it is to leave loaded guns around, claiming they need to be "ready for use."

In a typical sexist fashion, Cawthorn framed his demand that mothers raise "monsters" in terms of female duty and even sacrifice. But, as these examples show, for a lot of MAGA moms, raising monsters is really more about living vicariously through their sons. And really, it's no wonder. In MAGA-land, being a woman sucks. Sure, as the Boebert example shows, plenty of MAGA women wave around guns and act the part of the tough guy. But at the end of the day, women are simply second class in the Trumpist movement. They are the pussy to be grabbed, not the pussy-grabber.

The ultimate example of the MAGA mom raising up a monster, of course, is the mother-and-son team that stormed the Capitol on January 6.

Video shows Lisa Marie Eisenhart and her son Eric Munchel in tactical gear, armed with zip ties, screaming nonsense about "treason" and vowing that they are done "playing nice" —apparently intent on kidnapping members of Congress. In MAGA mom fantasies, this is the ultimate goal: To not just raise a monster, but be able, through your monster son, to taste the power of political violence yourself.

It's a world where men are viewed as superior to women, and masculinity is defined in the most toxic way possible, in predatory and violent terms. Women can't be equal, so their only way to taste power is through men, especially their sons. That's what Cawthorn's speech was about: Instructing women to sublimate their "vicious" urges by raising boys who are themselves vicious monsters. All too many are already heeding the call.