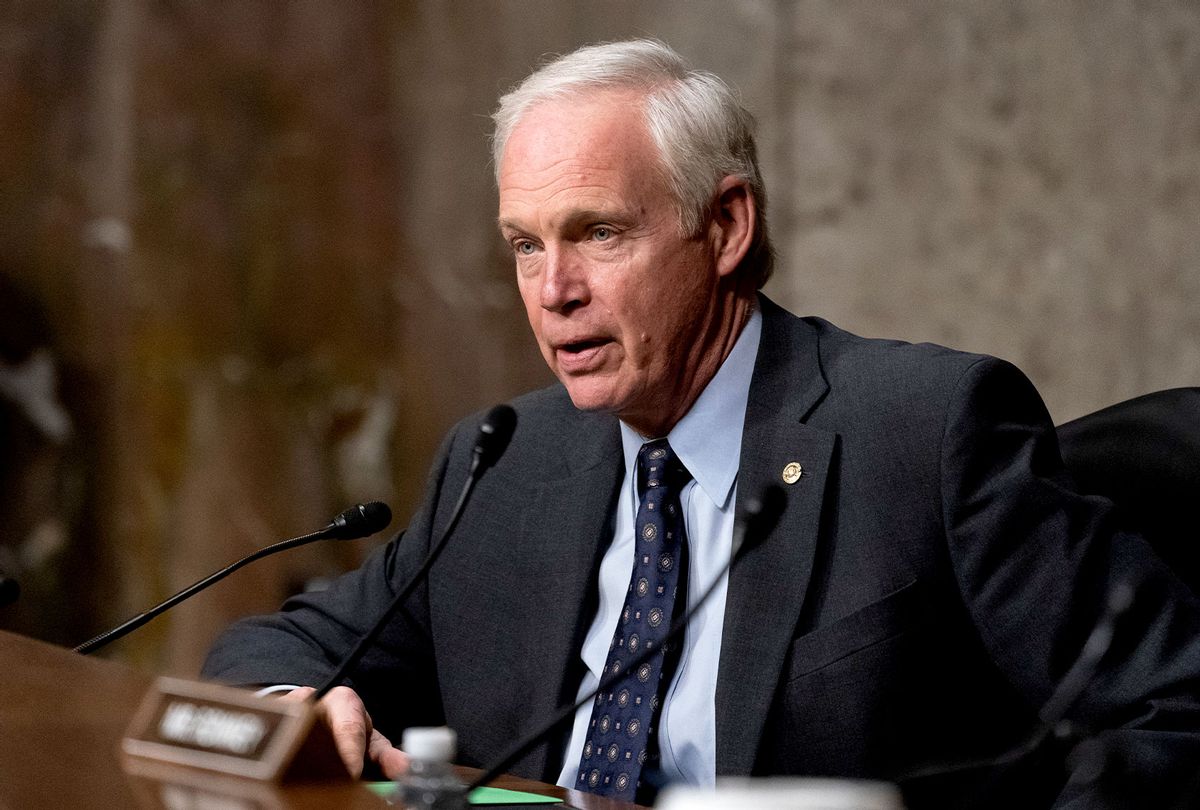 Johnson, whose YouTube account was suspended earlier this year for violating the company's medical misinformation policies, was called out by medical experts for pushing yet more dubious COVID advice during a virtual town hall.

"Standard gargle, mouthwash, has been proven to kill the coronavirus," Johnson said, according to a recording published by the Wisconsin news outlet Heartland Signal. "If you get it, you may reduce viral replication. Why not try all these things?"

Johnson defended the comments on Twitter, linking to a study published by the National Institutes of Health that found that mouthwash could reduce coronavirus load in saliva.

But while it appears true mouthwash can kill off virus particles in the mouth, most people are infected through their nasal passages and sinuses, according to medical experts.

"Even if gargling kills some of the virus, it won't be able to clean the nasal area, nor the viruses that's already penetrated deeper into the body," Kim Woo-Joo, an infectious disease expert at Korea University, told The Washington Post.

While there is no harm in using mouthwash, Raymond Niaura, who chairs the epidemiology department at New York University, told the Post that gargling should be accompanied by vaccination.

"That way, one would be at reduced risk for infection and have good smelling breath," he said.

On the website for Listerine, the best-known U.S. brand of antiseptic mouthwash, the company advises dental professionals that its products are "not intended to prevent or treat COVID-19 and should be used only as directed on the product label."

Johnson & Johnson, which makes Listerine, also notes that despite lab-based reports of mouthwashes "having activity against enveloped viruses, including coronavirus, the available data is insufficient, and no evidence-based clinical conclusions can be drawn with regards to the anti-viral efficacy of LISTERINE Antiseptic mouthwash at this time."

Crest, which produces Crest and Scope mouthwash products, also cautions that its products "have not been tested against any strains of the coronavirus" and are "not intended to prevent or treat Covid."

Johnson has also promoted the use of hydroxychloroquine, the anti-malarial drug endlessly touted by Donald Trump during his presidency, which numerous studies have found has no value in treating COVID and could be dangerous to some users.

Johnson has also joined the right-wing chorus pushing ivermectin, an antiparasitic drug that has also not been shown to have any benefits as a COVID therapy. Conservative media hype surrounding the drug earlier this year caused a run on large-dose ivermectin products intended for livestock, prompting the FDA to issue a warning that high doses of the drug could be fatal.

"You are not a horse. You are not a cow. Seriously, y'all. Stop it," the agency said on Twitter over the summer.

While promoting discredited treatments, Johnson has repeatedly expressed doubt about COVID vaccines, which have been rigorously proven safe and effective, especially when accompanied by a booster dose. Some anti-vaxxers have resorted to bizarre and potentially dangerous products to prevent COVID infections.

Anti-vaccine advocates have promoted Betadine, a povidone-iodine antiseptic used to clean cuts or as a gargle for sore throats. The company's manufacturer issued a warning earlier this year that the product has not been demonstrated to be effective against COVID and that ingesting it could cause serious stomach problems, including burning a user's gastrointestinal tract.

Anti-vaxxers who have caved to vaccine mandates have also used products like the household cleaner borax in a supposed effort "undo" their vaccinations, which is not possible.

Johnson has been one of the leading Republican voices stoking distrust of proven medical advice, claiming that the country "overreacted" to the pandemic and pushing false claims suggesting the vaccines themselves may be "dangerous." Last week on Fox News host Brian Kilmeade's radio show, Johnson alleged that Dr. Anthony Fauci, who led the country's response to the HIV/AIDS pandemic as the director of the National Institutes of Allergy and Infectious Diseases, had "overhyped" both AIDS and COVID.

"Fauci did the exact same thing with AIDS. He overhyped it," Johnson said. "He created all kinds of fear, saying it could affect the entire population when it couldn't. He's using the exact same playbook with COVID, ignoring therapy, pushing a vaccine."

In an interview with CNN on Sunday, Fauci called Johnson's claim "preposterous."