Smollett had been accused of faking the entire attack, including paying off his "attackers" 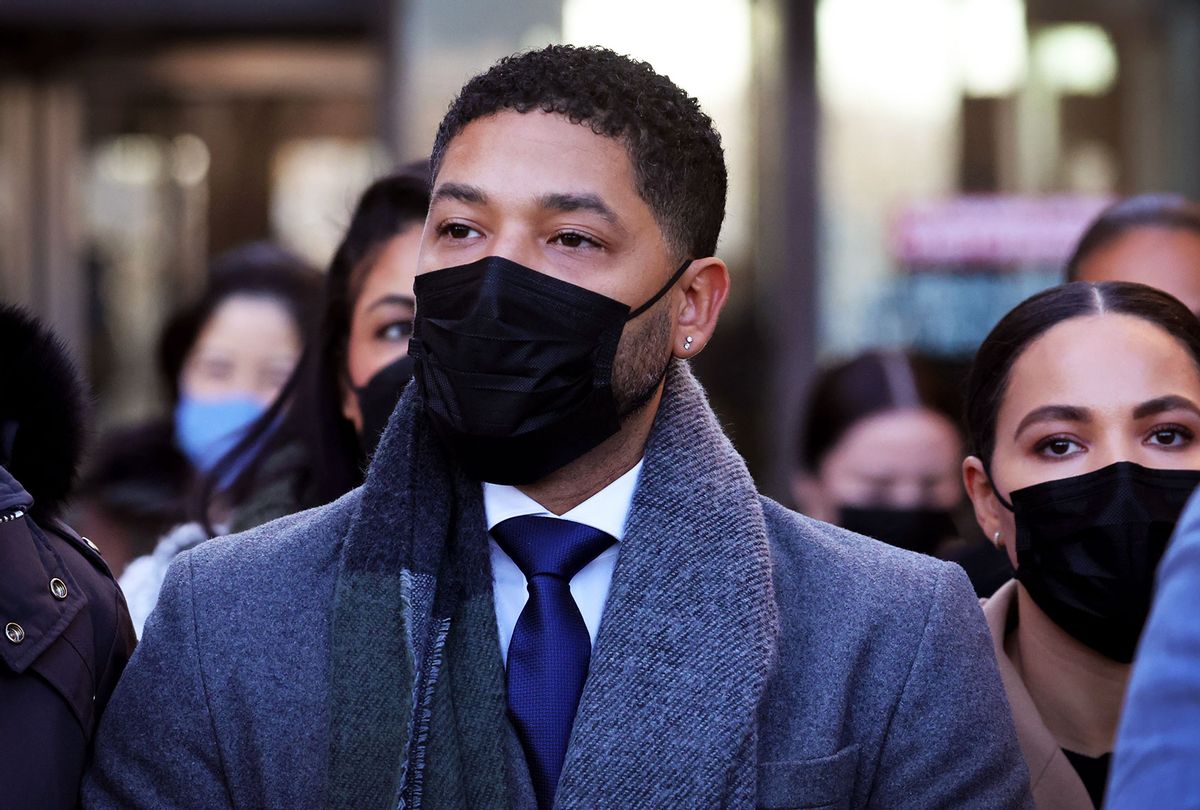 Former "Empire" actor Jussie Smollett leaves the Leighton Criminal Courts Building as the jury begins deliberation during his trial on December 8, 2021 in Chicago, Illinois. Smollett is accused of lying to police when he reported that two masked men physically attacked him, yelling racist and anti-gay remarks near his Chicago home in 2019. (Scott Olson/Getty Images)
--

Jussie Smollett, former "Empire" cast member, has been found guilty on five of the six charges against him stemming from his claims of being the victim of a hate crime, reports Variety.

In 2019, Smollett shocked the country by coming forward with details of a homophobic, racist attack that left him bloodied and with a noose around his neck in Chicago. He claimed that the men that attacked him yelled "This is MAGA country" as they beat him. After a lengthy investigation, during which Smollett was interviewed on "Good Morning America" about the attack, the Chicago Police Department announced that they had found the people who committed the attack, and that they had been paid off by Smollett to do it.

The two men, brothers Abimbola and Olabinjo Osundairo, said that Smollett had given them $3,500 to attack him on the night of January 29, 2019, and said that he had given them money for the supplies, and told them not to hit him "too hard."

RELATED: Jussie Smollett not returning to "Empire" as show is renewed for Season 6

Smollett faced six counts of "disorderly conduct," for lying about the attack to the police. The charges come with a potential for a maximum of three years in prison, but will most likely result in probation. No date has been set for sentencing at this time.

Special prosecutor Dan Web said that the case was "complete vindication" for the Chicago PD, which he claimed was damaged by the false report. He said that Smollett continued to lie on the witness stand, and that that will be brought up at his sentencing.

Throughout the trial, Smollett has maintained his innocence and insisted that there was no hoax. He added that his professional reputation was ruined by the attack, with his character being written off of "Empire," FOX's hit musical series co-created by Lee Daniels. Smollett's lawyer said that the actor is focused on clearing his name, and that, "​​Unfortunately we were facing an uphill battle where Jussie was already tried and convicted in the media and then we had to somehow get the jury to forget or unsee all the news stories that they had been hearing that were negative for the last three years."