The youngest Roy boy has made it clear what turns him on, but what does Waystar Royco's long-suffering fixer want? 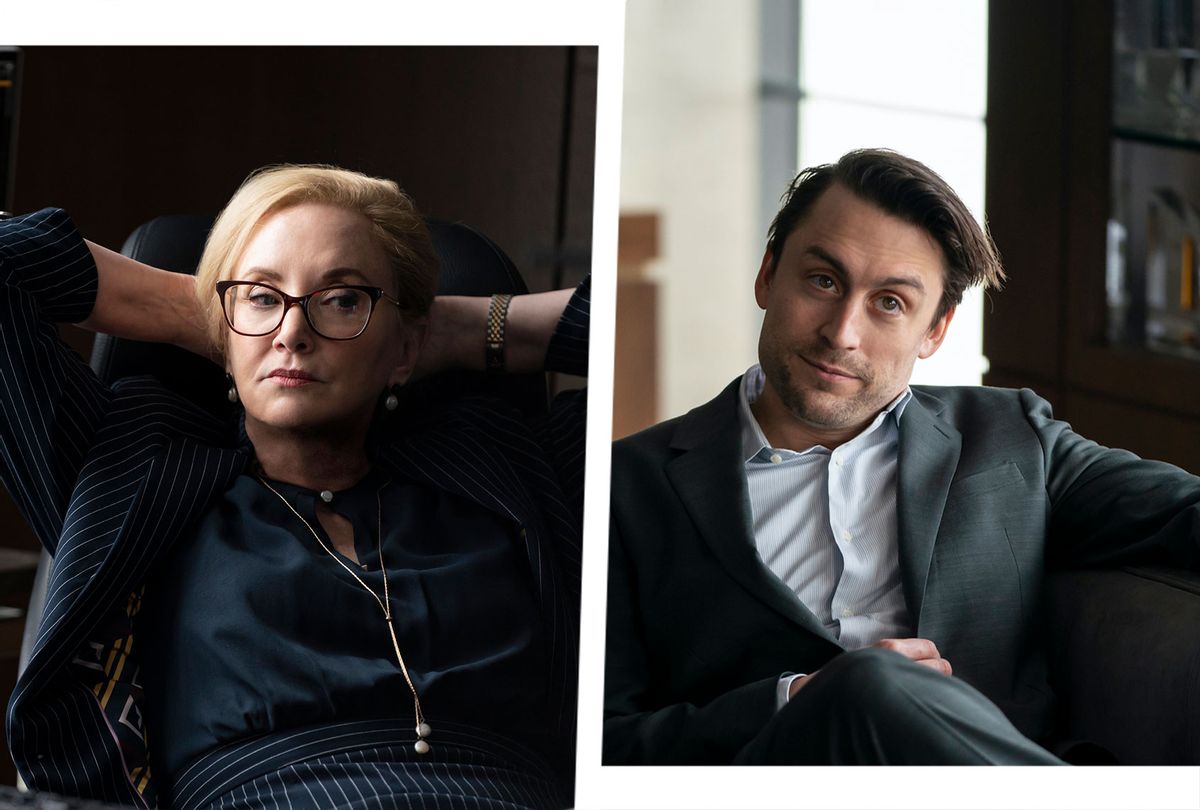 From the glorious panoply of gender double standards to choose from, I would select as my least favorite the one around age — the one that says that a woman who is older than her man is an "older woman," whereas a man who is older than his woman is a man, skip the modifier. In an email, gender historian Nancy Cott told me that she believes the eons-old age double standard stems from "the assumption that women get to puberty earlier than men . . . and that a woman capable of childbearing is what any man wants/needs. Plus — perhaps even more strongly — the younger she is, the more likely to be a virgin. Then there's also the idea that the man should always dominate, even in a love relationship — so the more like a child the woman is, the easier to dominate her." It's enough to make a middle-aged woman want to beat the shit out of a bathroom.

Like practically everyone, I was wildly pleased by the younger man–older woman sexual dynamic gathering steam in the second season of "Succession," HBO's pitch-black comedy-drama, in which scions of the foulmouthed, talkaholic Roy family are vying to take over their aging father's Murdochian media empire. By the end of the second season, Roman (played by Kieran Culkin, born 1982), the youngest Roy boy, has made it abundantly clear to Gerri Kellman (played by J. Smith-Cameron, born 1957), Waystar Royco's long-suffering general counsel slash fixer slash patience pillar, that she seriously turns him on. In response, she has, more than once, assisted Roman by verbally haranguing him while he masturbates. It's a refreshing inversion of the old-stud/trophy-wife trope, and as I dove into Season 3, I found myself harboring a hope that Gerri would finally get some sexual gratification for her trouble.

Season 3 is, winningly, rife with Roman's swaggering sexual self-abnegation. While he and Gerri await Logan's marching orders in a hotel suite, Roman suggests that they give the bed a whirl: "I'd lay you badly, but I'd lay you gladly." Gerri isn't having it and tells him that as far as she's concerned, those wanks never happened. A few episodes later, Gerri informs Roman that she has a lunch date — the fact that she's dating "needs to be understood" — which puts him in a right snit. Later, in the Roman equivalent of a jealous suitor prostrating himself, he asks her, "How was the date? Did you f**k him or just tug him off between courses?"

No one who watches "Succession" mistakes Roman for a boyishly lovable scamp. Something besides Gerri that Roman has found sexually arousing? Jacking off against a glass window in his Manhattan office. Roman's psychology is complex, to be sure, but he's clear about what he wants, which is not his modelesque girlfriend who is around his own age. What Roman wants is what we see that Roman wants, and, being a Roy, he usually gets it.

But what does Gerri want? With only one episode left in the season, it looks as though it's not going to be Roman: she made it plain to him that she didn't want the d**k pics that, as we learned last week, he has been sending her. My initial appreciation for the entertainment value of the d**k pics storyline has morphed into an unhappy realization: now that Roman is guilty of sexually harassing Gerri, there would seem to be no way to recover the possibility that something reciprocally sexual can develop between them.

RELATED: Sexting's perverse double standard: Why girls are set up to fail

But could it have happened? In an October profile on Smith-Cameron for W magazine, the actress says, "In truth, I think neither Roman nor Gerri know what they're doing . . . Even though it's inherently sensational and illicit, I feel like Gerri's not the personality type to exploit that, and I don't think she's interested in him romantically." I get it: the actress's and writers' first loyalty is, of course, to the character rather than to some feminist wish-fulfillment scheme of mine; if Gerri's creators, who know her best, say that she wouldn't be turned on by Roman and his masturbatory mommy fantasies, then I can't very well object. But can I at least vent my disappointment?

"Succession" celebrates the erotically improper, and it doesn't seem impertinent to suggest that its makers would like for the show to be seen as sexually fearless. (Jacking off against a glass window in a Manhattan office! Incest jokes! Tom's kitchen chat with Shiv's vagina! Tom's reunion with his own ejaculate — returned to him orally by his fellator — at his bachelor party!) And yet could it be that the show is a mite squeamish about one of the last sexual taboos out there — the postmenopausal woman's sex life? Some years ago I saw 1980's "American Gigolo" at a revival house and didn't understand the yuks rattling through the theater when Richard Gere's character says, in what wasn't a laugh line, that during one job it took him three hours to give an older woman an orgasm. Honest answer, please: is it that "Succession's" writers truly can't conceive of someone like Gerri Kellman being attracted to someone like Roman Roy, or is it that the writers aren't sure how viewers would take a 60-something woman either enjoying a hay romp with a comely younger gent or indulging in a bit of self-pleasuring à la Roman?

The Harrisons and Clints get to spend their third acts getting some on camera, but the screens big and small don't offer much in terms of older women having sex; our best chance was dashed when Kim Cattrall, for her own reasons, decided not to return as shag queen Samantha Jones in the "Sex and the City" reboot, "And Just Like That . . ." Yes, hormones stop raging, but from everything I've preemptively learned from my doctor, not to mention from Rita Moreno, women's sex drive, just like men's, can taper without extinguishing.

So, are we now forced to consider that when Gerri talked Roman through a wank, it was just another example of a woman sexually gratifying a man with no regard for her own pleasure? If so, then maybe the Gerri-Roman thing isn't so transgressive after all. Maybe it's just a one-way lust story that's all c**k but c**tless, as Roman (or Logan, or Kendall, or Shiv, or Tom) might say, or, as I might say, lacking in balls.

"Succession" airs its season finale Sunday at 9 p.m. on HBO.