Best of 2021: I shaved my legs like I found love: On body hair, Inauguration and a new day rising

Body hair removal was a burden I shrugged off. But after VP Harris took her oath, I felt the sudden urge to shave 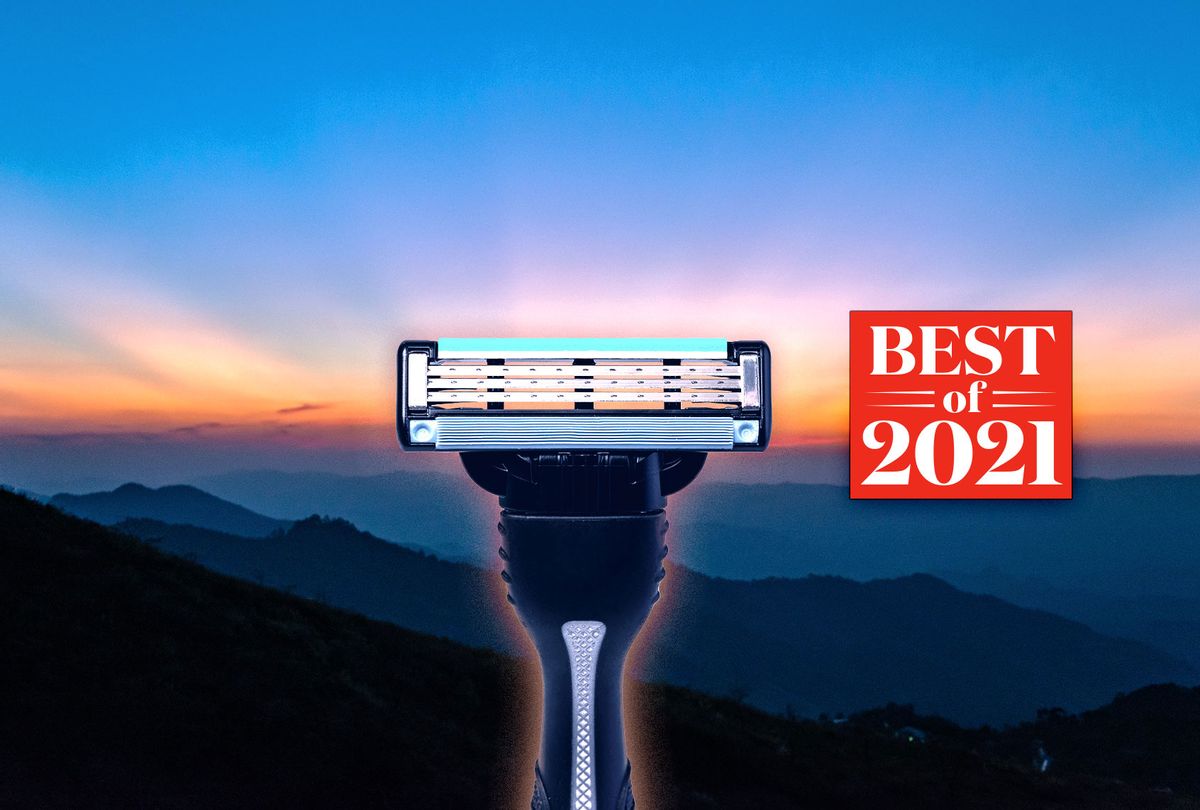 Razor on a sunrise (Photo illustration by Salon/Getty Images)
--

This essay was originally published in Salon on January 30, 2021. We're revisiting Salon's Best Life Stories of 2021 now through the end of the year. Read more here.

I have to start this off by getting a few things off my chest. Let me get my razor.

My mother gave birth to me in January of 1979, the year of the goat — goatee, in my case. She said I was the hairiest thing she had ever seen. A whopping 23 inches, nine pounds and enough ounces to rid her of any desire to have another fur ball come out of her body.

Through the years, my head of thick hair was met with tension and much reservation. The work of it was treated as a burden: the parting, the slabbing sulfur-scented grease to scalp for detangling, the heat pressing into a more manageable texture. I was a tomboy who prided herself on keeping up with the boys, no matter how my edges or bangs lifted in defiance of my mother's hard work and secret hope for daughterly good behavior. When I was 17 she had to threaten me to sit for a makeup demo in a mall department store. The "how to shave" conversation was one we never had. I couldn't sit still for it.

RELATED: Women stop shaving for "Januhairy" and the backlash is all too predictable

It wasn't until college that I began to feel I had an obligation to pursue beauty. I had a crush on a guy from New Jersey, and he told me, unapologetically, "You're cute, but you need to shave your legs." I took it like a prescription. Next thing I knew I was in the hair removal aisle in the store, trying to decide if it was best to shave, wax, or let my body hair melt off. Thank God a dear friend clued me in on how to avoid making this new activity a new full-time gig: I could slack during the winter months, but only if I were single. Body hair removal was my gateway drug to other beauty to-dos. But as time pressed on, it became less of a standard I felt like keeping. As life would unfold, a myriad of unfortunate events (mostly via bad choices) left me wearied of maintaining beauty standards only to be heartbroken by a beast.

Fast forward to Inauguration Day, 2021. Kamala Harris walks down the Capitol steps at 11:11 Eastern Standard angel appointed time. Before her, Michelle Obama blew us away, so doused in regality I almost forgot the man next to her was the former president. I felt the wave of sentiment that many Black women shared through text messages, phone conversations, social media posts, and private joy — we were in awe of seeing Black women on this stage, sharing this moment.

And after Kamala took her oath, I felt the sudden urge to shave my legs.

And so I write this from my bathtub in shallow water, somewhat single, and with deep regard for skin that looks like my own. It may send a wave of judgment from hairless cat-skinned readers or maybe even a few hairy sisters who pride themselves on their fur sleeves, pants and chin straps, but this is my body, my choice, and my five-blade shaver. Move over Beyoncé and Nicki, Kamala and Michelle have me feeling myself. Shaving my legs is my own crash course in the oral history of my Black womanness and the beauty I have ignored.

As the shaver contours my legs, I am reintroduced to old scars: mosquito bites from cookouts, old nicks from rushing past sharp-edged tables and shaving too fast in the winter. There are my moles, birthmarks shaped like butter beans because my Mom said she used to crave them when she was pregnant with me. There's the bruised knee from a misstep, falling to the cement in tangled feet in front of my parents' house down the un-cemented bricks of our front steps. My father meant to finish them after he was paid, but he died first. Now it's a blemish I hope never blends, because it reminds me of him.

If Kamala and Michelle could hear me, I would tell them I feel seen, like legs that look like mine can stand in sunlight and shine now without bidding, prodding, gawking and the fondling of curves, molesting visions and abusing purpose.

You damn right I shaved my legs today like I found love for the first time in a long time. The smoothness of my legs reminds me of rolling hills and mountains they used to climb on. And the valleys, too — the times they had to go so low chariots couldn't reach, so deep into darkness they struggled to find a North Star to lead them out.

I wish they could see me scrubbing away the fingerprints of the last man who touched and laid here. He was so wrong for me. One night, he held my legs in his lap and told me I would never find a better man, only to string me along, his own legs never wanting to walk, let alone stand, beside me.

Now I know better. It's the bare skin for me, and how a new touch turns me on and leads me to wonder: What else have I neglected to give my attention? Sometimes when you forget to have pride in something, others will find value for themselves. We have to be careful of who ogles our beauty behind silent stalking, who fetishizes us. These legs are mine, a glow impossible to achieve by sunbathing or tanning salons, and it doesn't crack under pressure. It gets tougher.

Whether or not you shave your legs doesn't matter. Making time for what makes you feel beautiful. For some of us, we forget ourselves. We make a habit of putting others' needs before our own. Or we get so down-and-out we lose ourselves and suppress any life that lives within us. Black women are erased, ignored, and taken advantage of in more ways than I can mention for the sake of time and space. Breaking the internet is afforded to the women who outfit themselves in our features while withholding the scraps and bones they throw to us, who made them.

Kamala Harris is vice president of the United States. Black, Indian American, woman, an HBCU graduate. I'm a woman with legs newly shaven. I'm out of the tub now, a force, feeling a new breeze. A new day. A new dawn, ready to redefine what I stand for.

Straight outta the sticks of VA, Kendra Jo is a multi-talented, impassioned artist, writer, and filmmaker. Born in a town where boredom was invented, the absence of a big city playground, connected her to a deeper relationship with her creative muse. Before strutting the yard at Hampton University, she was already drawing cartoons, writing poetry and short stories, playing the piano, and shooting on 35mm film.  She worked as a Writer’s Assistant on Season One of BET’s Boomerang where she was granted the opportunity to co-write an episode. Not long after, she wrote the Mercedes-Benz How To Campaign. While on the set of Boomerang, Kendra soon realized her relationship with the camera may have to expand into film. In the summer of 2019, she wrote and directed a black & white micro-series called GOALS. Kendra is currently penning her first feature film to represent her love for a niche of human life she coins, soft ghetto. In her spare time, she curates her Instagram feed to reflect a somewhat eventful life, listens to music, and builds model cars. She’s currently working on a 1986 Monte Carlo.