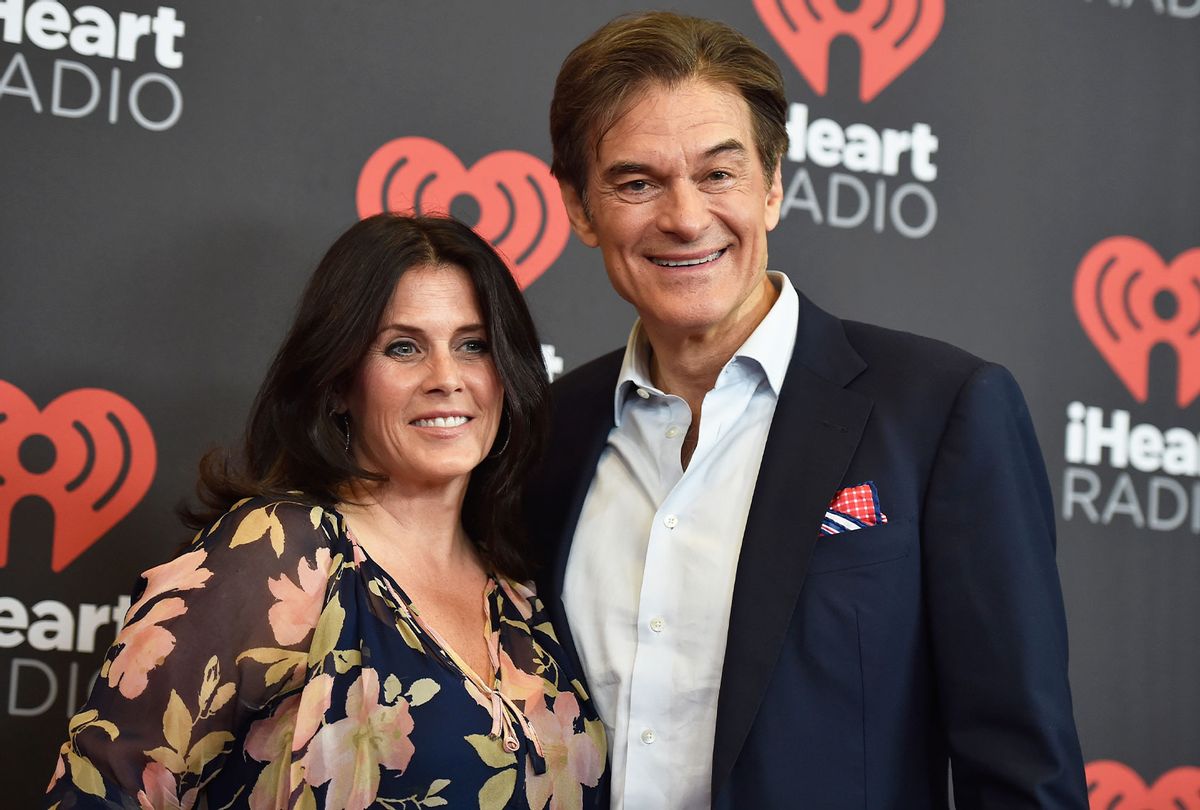 Dr. Mehmet Oz and his wife Lisa were overheard by a journalist describing her as a "fucking girl reporter" after they failed to hang up successfully while trying to duck her phone calls.

New York Magazine reporter Olivia Nuzzi traveled to Pennsylvania to profile Oz's Republican Senate campaign but had difficulty tracking down the celebrity doctor or any signs of an actual campaign. After contact with the campaign "proved elusive," she wrote, she showed up at Oz's empty campaign office and asked a nearby business owner to connect her with Oz's family. She was ultimately able to reach Lisa Oz, who hung up on her. When Nuzzi tried again, Lisa Oz presumably intended to hang up again, but connected her phone to her car's sound system instead, allowing Nuzzi to hear her conversation with her husband.

"It's Olivia from the New Yorker, the woman who talked to Michelle," Lisa Oz said, referring to Nuzzi's interview with a family friend.

Nuzzi tried to interject at that point, but they did not appear to hear her.

"Michelle should have never spoken to her," Dr. Oz told his wife. "That's who's down at the office now."

"Who's down at the office?" Lisa Oz asked.

"You think she made it up?" Lisa Oz asked.

"I think she made it up completely!" Dr. Oz said. "It's called lying also. It's called being a liar."

"This fucking girl reporter. This is the girl reporter who broke into some guy's house and stole all his photo albums," Lisa Oz said, referring to an accusation that Nuzzi has said was "made up by disgraced ex-Trump aide Corey Lewandowski in retaliation after I had reported details of his Single White Male obsession with a White House official."

The Oz couple continued their conversation for several minutes, with Nuzzi still on the phone. The couple discussed rushing to the office to make sure it was locked with Nuzzi nearby, and complained that their friend Michelle Bouchard had told Nuzzi that Dr. Oz was part of the "new guard" of the Republican Party, along with Virginia Gov.-elect Glenn Youngkin.

The two continued to chat before the call got cut off.

Nuzzi, who ultimately failed to get an interview with Oz, said on Twitter that in retrospect the call was a lucky get for her article but "at the time I cried."

Nuzzi did interview several Pennsylvania Republicans and people close to Oz, though most were not exactly keen on his Senate bid.

"I love Mehmet, but I'm really pissed. I would have loved to see normal Republicans, but there's no way you can be normal now," one friend told Nuzzi, adding, "He's a smart guy. He's pragmatic. And that just doesn't work in the Republican Party. Wait until they find out that he's a Muslim! Or that he served in the Turkish army!"

People familiar with Oz's television career were less generous, describing him as a con artist.

"Somewhere, I'm not sure how, he started to sell out — it happens to a lot of people when they get money and success; they want more money and more success. He went from doctor to entertainer to scam artist," a veteran daytime producer told Nuzzi. "Dr. Oz is dangerous because he believes he's got some divine power."

A former producer on Oz's show, which often touted bogus "miracle cures," recalled the staff's dismay at Oz's softball 2016 interview with then-candidate Donald Trump and his hunger for ratings. "This guy is willing to do whatever it takes for money," the producer told Nuzzi. New York Times reporter Frank Bruni, who profiled Oz in 2010, said "I've met and profiled very few if any people who so embody the wages of ambition."

Oz frequently appears on Fox News and has promoted dubious COVID treatments, and has worked for years to burnish his conservative credentials in other ways. But his nascent Senate campaign and his "contortionist act" seeking to align himself with the current GOP has left a lot to be desired for Republicans in Pennsylvania, Nuzzi writes. (Especially since Oz appears to live in New Jersey, as he has for many years.)

"The influencer types are not fans of him," a conservative operative told her, referring to prominent right-wing pundits. "Dude is getting blown up. They are on a jihad against this guy. So it's a matter of 'How much does that permeate into the grass roots?'"

Though Oz has sought to capitalize on Trump-backed candidate Sean Parnell's departure from the GOP Senate race in Pennsylvania amid domestic violence allegations, some former Trump aides, including former White House aide Hope Hicks, are already rallying behind David McCormick, a hedge fund manager who is expected to jump into the race. McCormick is married to Dina Powell, who served briefly as a deputy national security adviser under Trump and now works at Goldman Sachs.

"We're getting reports every day from people he's meeting with — he's doing these private meet-and-greet type of things — that he's incoherent when it comes to the issues," a former Trump adviser who now works for McCormick said of Oz.

TrumpWorld figures believe that candidates will have to go full MAGA to have a chance in the Republican primary, which puts McCormick at an advantage over Oz.

"I hate to say this, but if you're not willing to go full retard in a Republican primary right now, it's hard," a pro-Trump operative involved in the race told Nuzzi. "The expectations are what they are."