Netflix's new comedy satires the unreliable woman who may have witnessed a murder ... or is she just a wino? 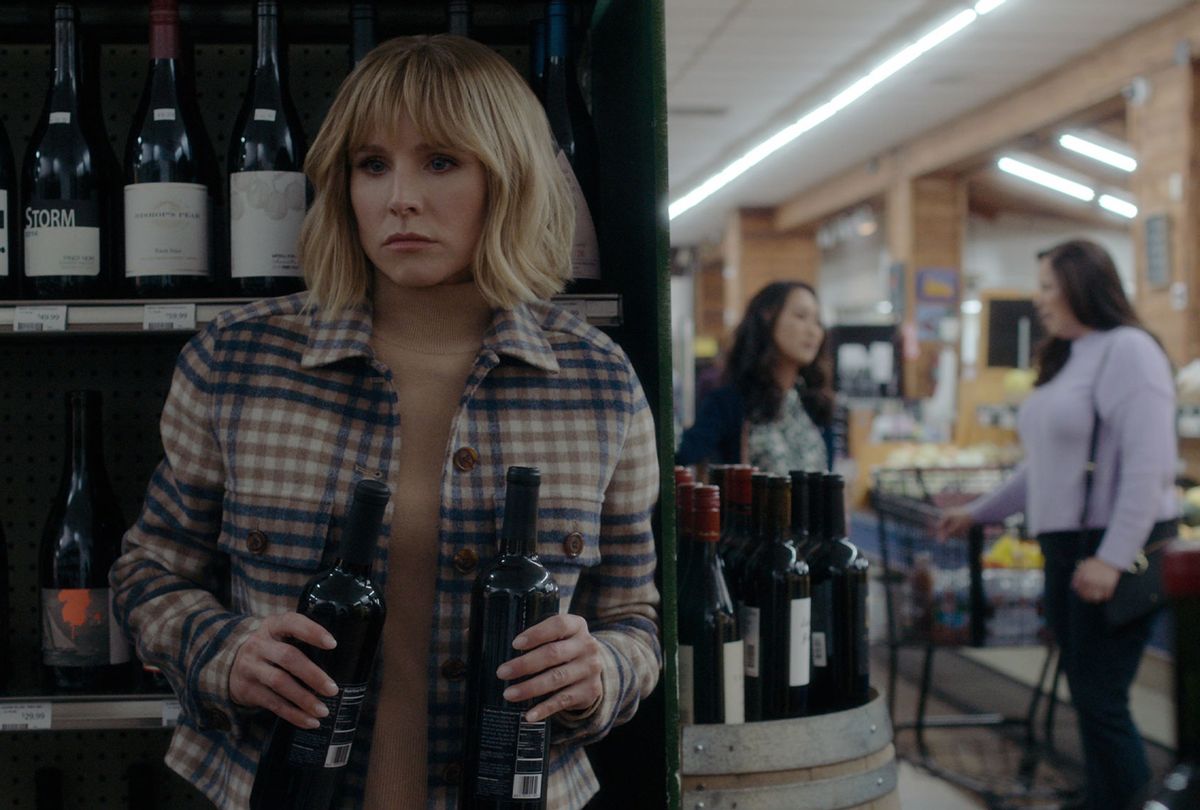 Wine, pills and casserole are a recipe for disaster in Netflix's latest thriller miniseries "The Woman in the House Across the Street from the Girl in the Window." (It's a mouthful).

In a newly released trailer, Anna (Kristen Bell) is convinced that she's witnessed a gruesome murder from her window. The lone protagonist also suffers from a drinking problem — sometimes mixing her daily beverages with an assortment of pills — and is demeaned by her neighbors who believe she's "bats**t crazy." Ultimately, no one sides with Anna or bothers to take her seriously. But that doesn't stop her from taking matters into her own hands and cracking the case.

"If they won't be the detectives, then I will," Anna says while typing away on her keyboard and thoughtfully staring at her computer. A tall glass of wine, filled close to the brim, comically rests by her side.

RELATED: "Cruel Summer" and "Woman in the Window" explore the real-life horrors of sexist disbelief

In most whodunit tales, the thrill lies in the adrenaline-inducing pursuit of the sought out culprit(s). But in Anna's story, the thrill stems from her own sanity — did she actually witness a grisly murder or did she let her vivid imagination get the best of her? Can she really be trusted but also, does she even trust herself?

The latest Netflix series — which combines the titles of the 1942 short feature "The Woman in the House" and the 2021 film "The Woman in the Window" — spoofs female-centric psychological thrillers and films. Besides the ones that inspired the title, there are nods to "Gone Girl" and "The Girl on the Train" where disbelieving and underestimating women is central to the tension.

The show also parodies the great obsession with true crime content. In one scene in the trailer, Anna tells a friend that she just wants "things to get back to normal."

"I bet they do a 'Dateline' on it," her friend responds after a brief pause.

Fast-paced snippets illustrate the dire consequences of Anna's endeavors. There's a fatal car crash — where a speeding car violently rams into a standing body — shadowy figures, bloody walls and what looks like a lethal fall off of a lighthouse.

"The Woman in the House Across the Street from the Girl in the Window" is created by Rachel Ramras, Hugh Davidson and Larry Dorf. Tom Riley, Michael Ealy, Shelley Hennig and Benjamin Levy Aguilar also star alongside Bell.

"The Woman in the House Across the Street from the Girl in the Window" premieres Friday, Jan. 28 on Netflix. Watch the trailer for it below via YouTube.