After the tequila boom, "Dos Estaciones" shows how the Mexican communities left behind have changed 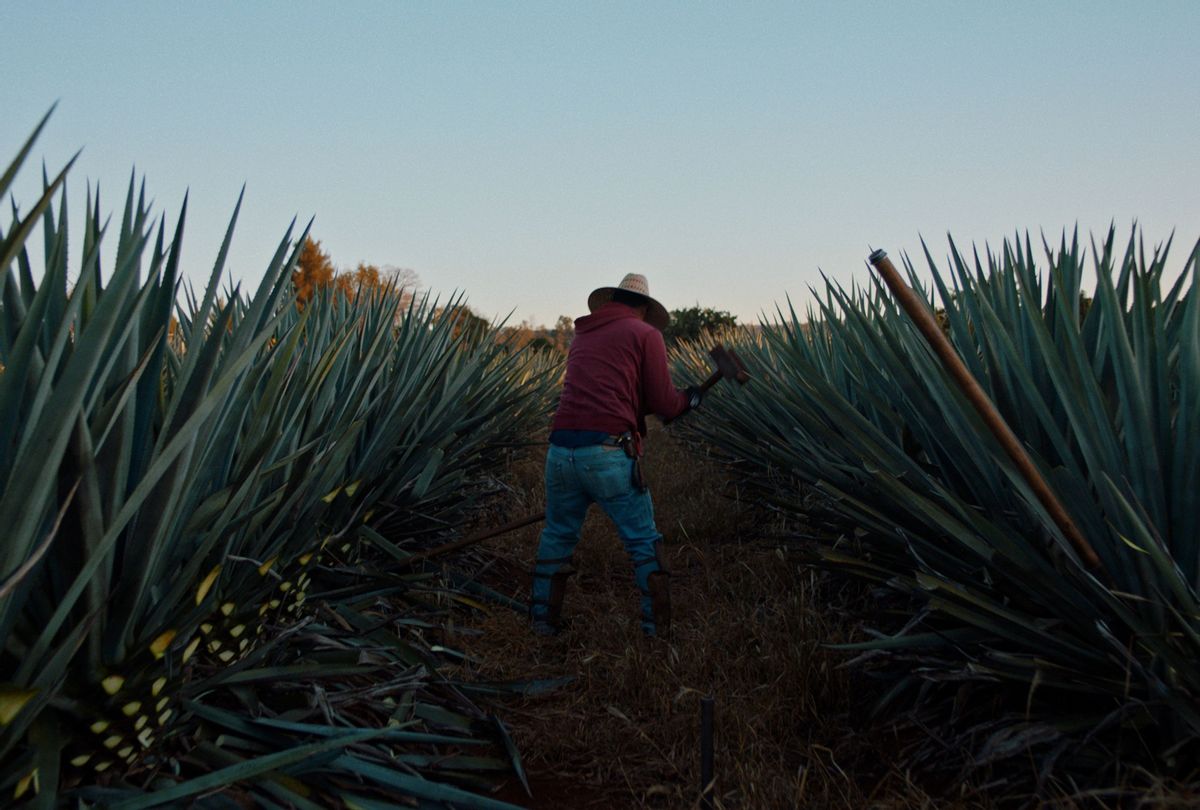 In the sensitive drama, "Dos Estaciones," premiering at this year's Sundance Film Festival, María García (Teresa Sánchez) is the formidable owner of a tequila factory in Mexico. However, she is struggling. With fusarium plaguing the agave that isn't being stolen, and foreign factories buying everything up, María is having trouble paying her employees full wages. She hopes to turn things around by hiring Rafaela (Rafaela Fuentes), and yet, María's interest may be more than professional.

Director and cowriter Juan Pablo González has created an intimate character study that addresses themes of tradition and change. He also introduces a storyline involving Tatín (Tatín Vera), María's hairdresser, who also has aspirations. How these two characters grapple with their personal and professional affairs forms the basis for this absorbing film.

RELATED: Globalization and the blue agave

González spoke with Salon during the Sundance Film Festival about "Dos Estaciones."

What I really admire about your film is that you open in the agave fields and over the course of the film take viewers along the conveyor belts, into the rooms where tequila is made, so the process and care of a family operation is felt. Can you talk about how you presented the "work" in the film? "Dos Estaciones" has an almost documentary feel to it, and I was impressed by all the details I saw.

It is a film about work, and labor, and physical labor. I grew up Atotonilco el Alto in the state of Jalisco, this town where we shot. I was raised in front of my grandfather's tequila factory — we literally lived across the street from the factory that my father worked in. I saw this labor since I was a child. I know it well, and I know a lot of people who do that work. It was really important for me to have that in the film because the labor is so related to the place and to the landscape of this place, so it was crucial for me.

María is desperate and yet she comes across as very stoic, even when Rafaela is telling her that she can pay her bills if she sells. Yet she does smile doing donuts in her truck, or when she dances with Rafaela. What can you say about developing her formidable character?

Obviously, it took us time to build María's character. We worked with Teresa back in 2017 and we shot in 2020. As we developed the character, we were also writing the film. The character of María is complicated because she had this very stoic side that represents her present —everything she had gone through in life, which is why she is who she is at the present moment — but there are also these glimpses at her past joy, when she is doing donuts, dancing, or having dinner with Rafaela. To build a character who was this stern, but also had enough complexity to show her multidimensional persona, was very important for us. All of María's relationships are transactional. The film is not overt in this, but it is commenting on a certain class in Mexico. Even in these towns, you see that class structure that effects human relations.

The perfect scene that illustrates this is the birthday party where María comes to ask Rafaela to work for her. María wields a certain amount of power as the world around her changes. What are your observations on that?

Her existential problem is that María doesn't hold the power that she used to hold. She has the status, but it was gained through history and tradition. She doesn't have the power or money anymore, so how she deals with that on a human level really interested me. María is someone who had a lot more power in her past. She is a complex human being, but she is also part of a powerful class structure that has given her a lot of power and privilege — and that power means control. At this time of her life, she is losing that control and that power. There is a very clear scene where she offers to help Tatín, and she thinks María is delusional: You are going through all these issues and you want to help? Is it really that you want to help, or that you just want to maintain power and control over others?

I had not thought about that. Not seeing her family makes us think about who María was growing up, and how did she end up having and inheriting this business? At the end of the day, María is a woman in a business that in the '80s and '90s was so macho. That also informs her present demeanor and relationships.

What decisions did you make regarding Tatín's character? She provides an interesting parallel and contrast to María.

Tatín was very important. Tatín is Tatín in real life. She has a salon in this village, very close to where María lives. She goes to the casino with her mother every weekend. It was important to portray her quotidian life to compare her to Maria where all her relationships are all relationships of power. María lives on top of a hill, far away from everybody. Tatín is a window to the community, but she is a character that is rare in Mexico to be portrayed in this quotidian way, and she has this full life in a town in the highlands of Jalisco, which is always stereotypically thought of in Mexico as a backwards, culturally static place.

The film is a quiet love story. Why did you depict the romance in such a lovely, subtle way?

It was important that in both stories, especially their love stories, were from their point of views. When Rafaela puts her hand on María's shoulder, she can't allow María to feel more than this. María feels things and thinks about intimacy and desire in ways that are different. What happens between Maria and Rafaela is not overly dramatic. Going back to stereotypes of my hometown, it's not [a telenovela]. With Tatín, it was important that she meets a guy, they like each other. This is what happens. That's life!

"Dos Estaciones" points to the larger implications of foreign factories and celebrity tequila brands and how big business is jeopardizing family-owned operations. Can you talk about that aspect of the story?

When I thought about making this film, I grew up here and my family has been involved in making tequila for more than a century, but when I was growing up in the late '80s and early '90s, this tequila boom was happening, and these communities have transformed a lot. My interest is commenting and focusing on this transformation, how foreign forces affect everyday life of people here.

There are several beautiful scenes that show beauty and destruction of the natural world. How is climate change impacting the tequila industry?

It is something we all know is happening, and it is present everywhere. In this community, it Is very present for people who grow corn, which is established by the rainy season. Even that has changed. It is so important and for understanding the passage of time and landscape changes and that what you can and cannot grow is impacted. That is so affected by climate change. The way the land is treated, with pesticides, are taking a huge toll on these other plants like agave and green lime, that grows in this region, so the interaction with nature in this film is really important because of that.