The excellent "We Need to Talk About Cosby" skilfully opens a necessary, uncomfortable conversation

W. Kamau Bell's superb documentary is a clear look at a history-maker who has done so much damage, as well as good 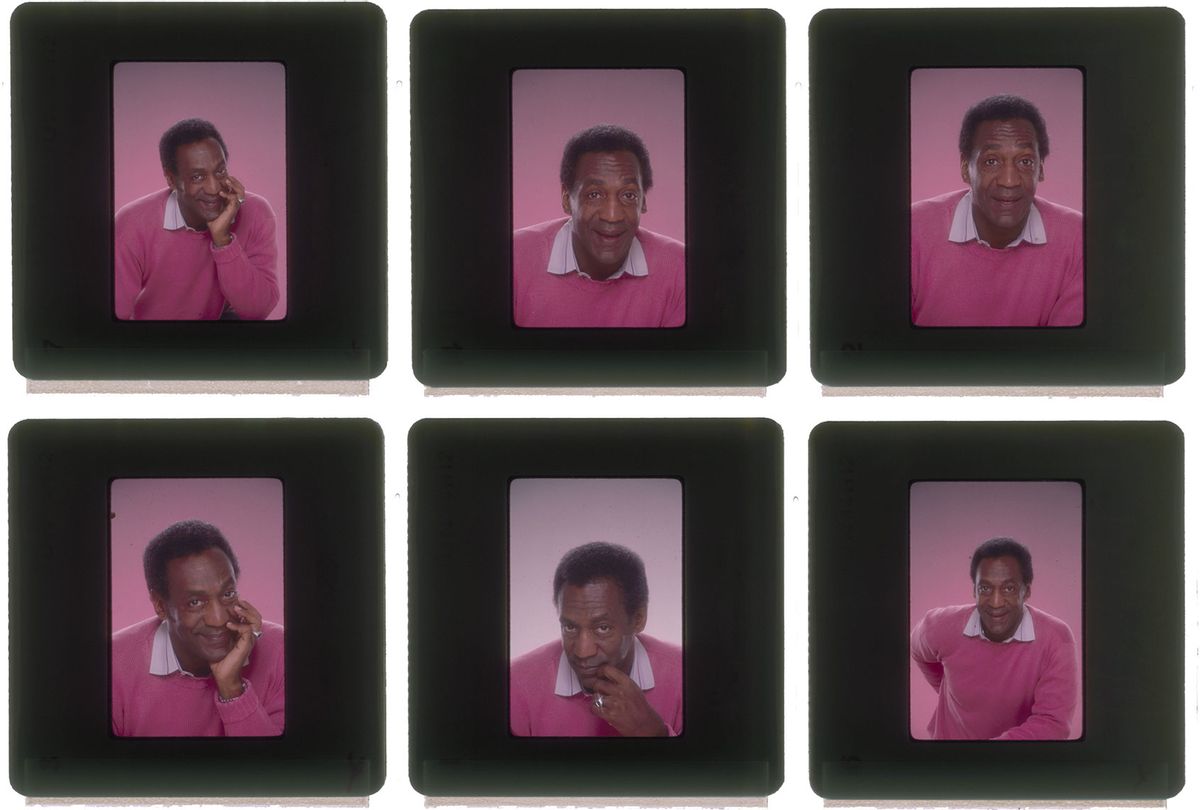 W. Kamau Bell opens "We Need to Talk About Cosby," his tour de force documentary series by identifying with a predicament shared by millions. "I am a child of Bill Cosby," he says.

Anyone born in the 1970s or '80s knows exactly what he means since, in a very real way, Cosby raised several generations of Americans. Generation X and older Millennials absorbed "Picture Pages" and spent Saturday mornings with "Fat Albert and the Cosby Kids." For our parents, "I Spy" may have been a must-watch when they were younger, and many of the same folks sat down with their children to enjoy "The Cosby Show."

How many of us laughed along to his comedy albums? They were clean, funny and appropriate for all ages. "Dad is great! Give us the chocolate cake!" That's one I remember.

Or maybe you've heard his Spanish Fly bit. It's famous. That's the one where he transfixes the audience with tales of dosing women's drinks to make them more sexually pliant. Cosby had a long bit about Spanish Fly on his eighth comedy album "It's True! It's True!" He jokes about in his book "Childhood" and was still giggling about it years later on "Larry King Live."

Long after we've digested that and watched suggestive outtakes from "The Cosby Show" where his character Cliff Huxtable brags about how aroused people get by his special barbecue sauce, we hear from Dr. Barbara Ziv, a forensic psychiatrist who served as a blind expert for the district attorney prosecuting Cosby in 2018.

Ziv says that she too grew up knowing Cosby as America's Dad. But the man she says she saw in that Pennsylvania courtroom wore the same smirk as other sexual predators she's encountered throughout her career.

Cosby has been accused of sexual assault by 60 women, and was found guilty by a Pennsylvania jury of sexually assaulting and drugging one of them, Andrea Constand in that 2018 trial. A Pennsylvania Supreme Court overturned that conviction on a legal technicality in 2021, after Cosby served fewer than three years of his original three-to-10-year sentence.

But this is not the reason people find it so uncomfortable to discuss their feelings about the comedian. Nor is the difficulty solely due to Cosby's historical contributions to Hollywood and African Americans, including breaking barriers for Black performers and advocating for improved educational opportunities for Black children.

Indeed, it is because Cosby did, and is, all these things – and that's something too many of us can't quite wrap their heads around.

This applies to so many. Boomers, Generation X and Millennials connected with Cosby through his many TV shows and movies. But it has a special relevance to Black folks, the people he championed in his early career and betrayed later in his life, as captured in the famous "pound cake" diatribe he spewed at a 2004 event for the NAACP.

Cosby's angry perpetuation of respectability politics validated stereotypes about the Black working class that conservatives are fond of using to create legislation that makes life harder for the poorest and most vulnerable in our nation. And yet – here's that conflict again – he wasn't saying anything lots of us hadn't heard from our elders.

Enjoy reading Amanda Marcotte on politics? Subscribe to her newsletter Standing Room Only.

"We Need to Talk About Cosby" is personal for Bell insofar as he is the one willing to put himself out there, along with a handful of fellow performers, academics and journalists, to pick apart the mess of emotions hardwired into our psyche regarding this man. In a number of interviews Bell has acknowledged how risky this is for him and his career. Cosby still has pull in some quarters, along with a substantial slice of the public who believes his claims of innocence.

Knowing this further substantiates the value of this documentary as a tool for people to have this conversation with clear eyes and cool heads, necessary conditions when it comes to reckoning with our discordant notions surrounding the man.

As I have previously written, Cosby is alleged to have sexually assaulted and raped women dating back to 1965, during the same time he was establishing himself as a top comedian claiming the moral authority to police the language of other comics, including Eddie Murphy.

Careful cultivation of his celebrity, his image and his power over more than half a century ensured that white America would see him as non-threatening and wholesome, and children would grow up to view him as friend and father figure. "We Need to Talk About Cosby" concisely links these sides in each episode, commencing with the start of Cosby's career and taking us through to a frustrating present when his overturned conviction has left so many of us raw, incensed and disillusioned.

The miracle of the four-hour piece, however, is that it never feels heavy or depressing. Bell has a gift for finding a way to present the most unconscionable topics and subjects in a way that feels inviting, relating to the audience in a way that involves us in the conversation.

The director foregrounds the testimony of survivors, taking great care to give them the space and consideration to tell their stories in addition to soliciting their viewers on Cosby's place in history. He's also careful to build a story structure that operates partially as a history lesson and in part as a safe bubble for subjects to release their catharsis.

This is especially powerful in the case of those who have personal stories about Cosby whether related to his worst crimes or simply examples of power abuses, such as when he tried to get Temple University professor Marc Lamont Hill fired for daring to contradict him in a newspaper opinion piece.

As potent as it is to take in the subjects' body language during these sequences, recording their reactions to questionable scenes in "The Cosby Show" or outtakes from his classic acts is even more effective owing to the varied reactions. One clip that elicits a comment from Ziv that implies Bell may be reaching makes a survivor start to nervously sweat at the sight of it.

Appropriately enough in 2014 another Black male comedian, Hannibal Burress, kicked loose the stone that burst open the dam keeping dozens of women quiet. But it is just as telling that neither Burress, nor Murphy or any other stratospherically famous Black comedy performer appears to lend their thoughts on the man. This isn't to say "We Need To Talk About Cosby" is lacking for familiar names and faces; among the subjects who agreed to talk are former cast members from "The Cosby Show," author and professor Tressie McMillan Cottom, sports journalist Jemele Hill and Kierna Mayo, who was the Ebony editor-in-chief responsible for its controversial shattered glass cover published in November 2015.

Filmmaker Nonie Robinson also explains how she chose to cut her interview footage of Cosby from her documentary on Black stuntmen "Breaking Bones, Breaking Barriers" even though Cosby was responsible for getting Hollywood's first Black stuntman hired. All of them expressed individualized takes on what Cosby meant to them in addition to helping us grapple with his impact on society.

As for the absence of comedy superstars the upside of this is that the underappreciated comic Godfrey, who does an impeccable Cosby impression, gets ample screen time to share his thoughts, earning legitimate laughter at some turns in the process.  A viewer has to appreciate how challenging it is to walk that line in circumstances like this while still honoring the severity of wrongdoing committed against the survivors. That Bell strikes and maintains that balance proves the skill and care he's taken with this tough topic.

Plainly one of the reasons he's able to pull it off is his awareness that Cosby still means something – to him and to many other people who refuse to understand that an overturned conviction does not exonerate the man. Bell's documentary reminds us that this challenge confronting who Cosby is to us, and the eternal challenge asking whether we can separate the art from the artist, is compounded by the fact that we're also doing this in our homes, and in one-on-one conversations with people we love.

This is the reason that the series starts with a montage of folks offering a lot of audible, heaving, full body sighs, all in reaction to a simple question: Who is Bill Cosby . . . now?

This film offers many answers, each extraordinary in their means of meeting others to ease our way into a painful, thorny field we'd rather not cross, but that Bell makes us less fearful to travel.

"We Need to Talk About Cosby" premieres at 10 p.m. Sunday, Jan. 30 on Showtime. Watch a trailer for it below, via YouTube.