Wordle was fun while it lasted 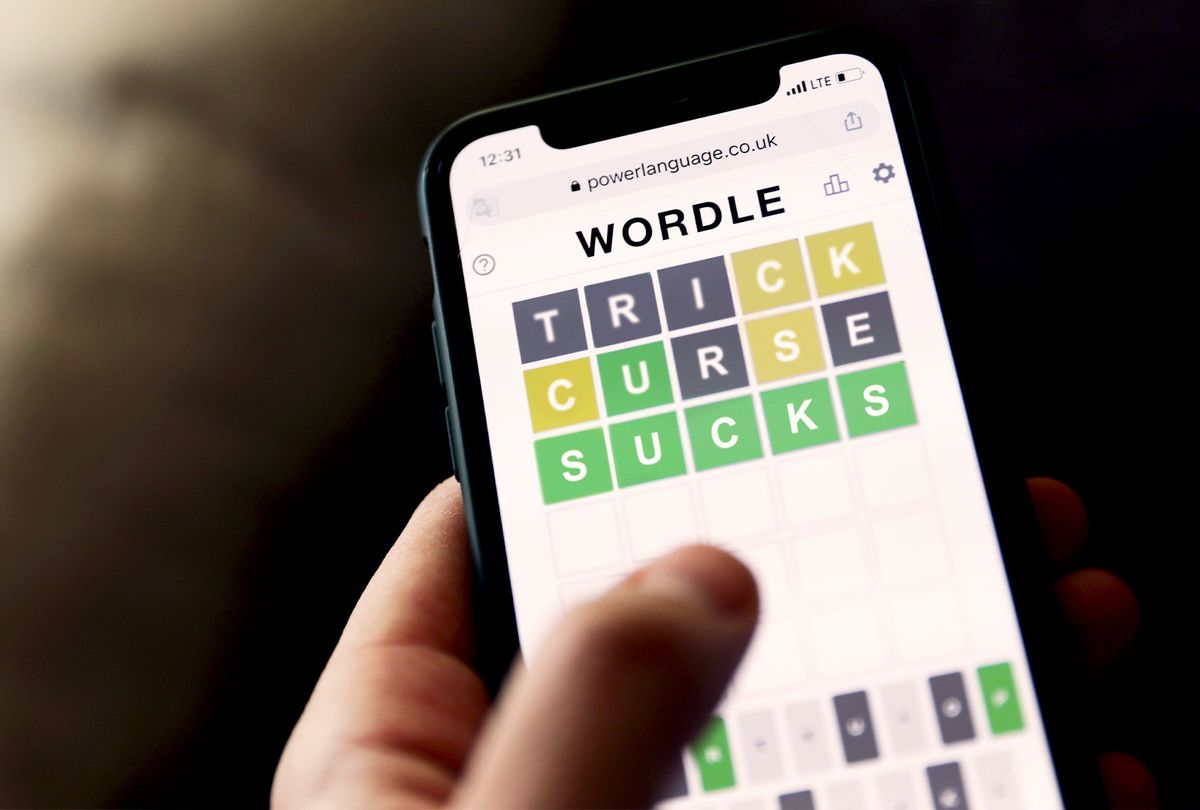 The New York Times giveth, and the New York Times taketh away. Kinda. In less than a month, the humble word game Wordle went from a glowing Times profile ("Wordle Is a Love Story," Jan. 3) to the paper's gloating announcement that it had acquired the game it just made a star in a seven-figure deal ("The New York Times Buys Wordle," Jan. 31). And with that, I can stop playing.

If it's true that it takes 28 days to make a habit, the Times has — in addition to millions of dollars to offer our humble puzzle king Josh Wardle for his delightful creation — precision timing, considering its Jan. 3 story catapulted the three-month-old online no-frills puzzle with a cult following into cultural ubiquity, complete with knockoffs and a "Saturday Night Live" Trump/Fox News parody sketch, in the first place. It had 90 users in November, according to the Times, and now it has millions.

Wordle's backstory — Wardle created the game for his partner, quite a romantic flex — was charming. The game, even more so. Everyone guesses the same five-letter word of the day in six tries or less. At the end you get a little grid to share your game, sans spoilers. It's cute and novel, and it roared into popularity precisely at the right time for those of us shut in due to weather and the current COVID variant wave.

RELATED: My virtual life as a jam maker in "Stardew Valley," where small-batch food takes down Big Business

Wordle is pleasantly accessible for a word game, which is certainly a major part of its appeal. When everything around you is hard and has been for years, a little Wordle win is a modest daily feelgood hit. Being good at word puzzles isn't even a requirement. You can approach Wordle with a strategy, but I don't. The words are common. A lot of the game is luck. It's fast, portable, and I can finish it over a cup of coffee, text my grid to my friends as a morning check-in, and be on my way.

Of course, Peak Wordle, with its swift Twitter and group chat ubiquity, received its own grumbling backlash within the 28-day timeframe as well. What doesn't? People got snippy very fast about the preponderance of green and yellow squares on their Twitter timelines, as is their unquestioned right. We're all snippy about something on our timelines. (Me: Ennui monkey jpegs priced like real estate.) But even the grumbling was kind of innocent. After all, Wordle wasn't trying to sell us anything. No brands involved; no messaging attached. I didn't have to fear it would somehow try to overthrow the government or practice eugenics or get books banned. Joe Rogan couldn't ruin it if he tried. The big complaint? "I don't like looking at green squares." That's so cute!

Nothing gold can stay, Pony Boy. First came the Times' ominous promise that "the game would initially remain free to new and existing players," emphasis mine. We all know what that means! But in Wardle's subsequent announcement of the sale, he appeared to clear this up: "When the game moves to the NYT site, it will be free to play for everyone..." So OK, crisis averted — but the rather modest overall point still stands.

Look, I don't blame Wardle for selling his game. This is a guy you want to see make millions on his pure and sweet creation! A corporation compensated a creator fairly, it seems, for his work and that's undeniably better than the alternative. This is, forgive the terrible pun, a classic "don't hate the player, hate the game" situation. I'm a New York Times news subscriber and I do not begrudge them their profits or their subscriber base. But can I also say? It's still a little depressing when an enjoyable independent creation gets gobbled up by a behemoth that will remove it from its lo-fi little dot-co-dot-uk frame and position it as bait to convert players to Times Puzzle subscribers or whatever. It's not all or nothing: I can be happy for Wardle and a little sad for the loss of my own experience all at once.

Because engaging with a big brand is a different experience. I'm no purist; I do it all day. But part of the joy I took in Wordle was its anachronistic lack of branding and growth strategy. And that's probably over. Now Wordle has nowhere to go but up and out, baby. Even if in-app purchases aren't coming tomorrow, is it only a matter of time before we're recapping eight seasons of a gritty prestige drama about a programmer tormented with visions of mysterious green blocks that could be the keys to unlock her mysterious past? And that spawns a Wordle cinematic universe, tentpole movies and quirky spinoffs, podcast tie-ins, IP novelizations written entirely in five-letter words? Unauthorized stuffed green blocks dangling among the off-brand plushie prizes at the state fair midway now feels inevitable.

I've learned my lesson. Don't get attached. I'm staying lower than lo-fi with my games from now on. A brilliant friend of mine — he's nine — plays a variant called "Wordle in Your Head." He thinks of a five-letter word, and you guess. He replies with your progress: green, gray, gray, yellow, gray. So far, he hasn't charged a dime.