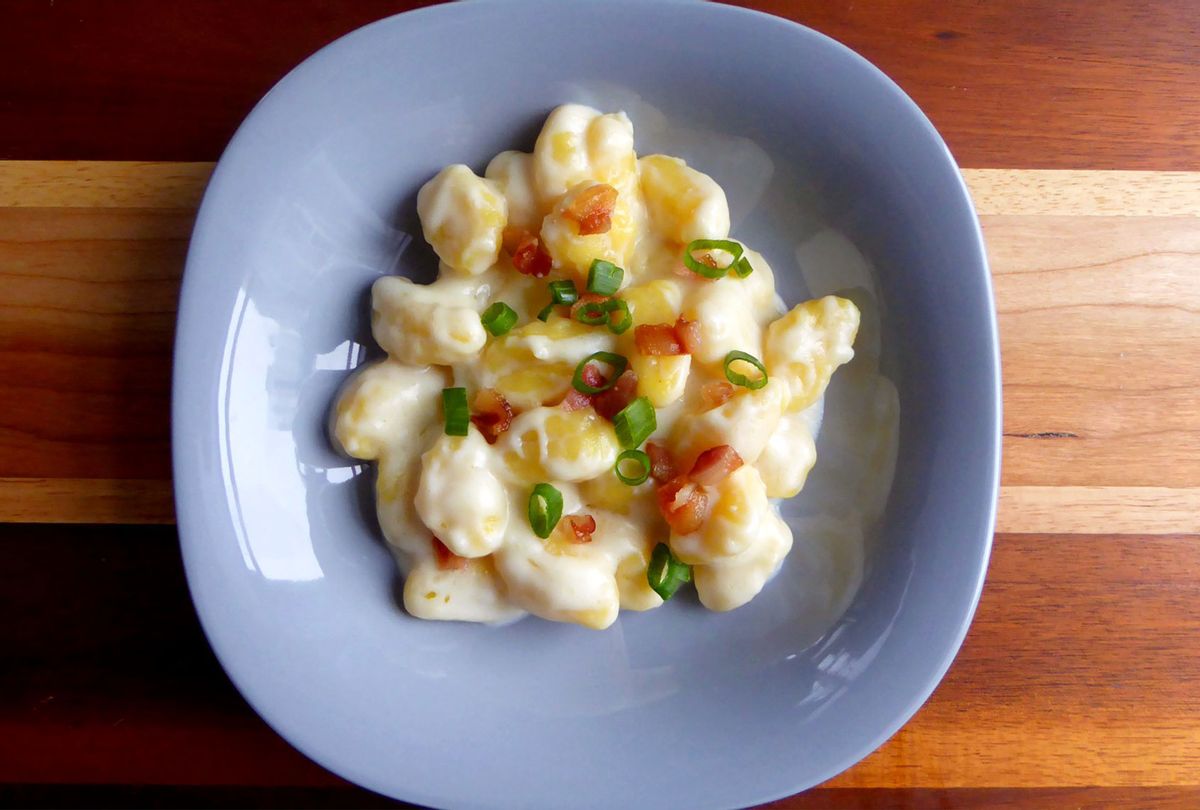 Growing up, we'd have a "baked potato night" at least once a month. My mom would slide freshly baked potatoes out of their little aluminum foil jackets onto a big platter. Then she'd place it alongside a row of toppings: a tub of sour cream, a few pats of butter, a plastic baggie or two of shredded cheese, Kirkland bacon bits, pico de gallo and minced chives.

Occasionally, there would be a small pot of chili in the mix, too. Inevitably, my brothers would bring something random — crushed potato chips, a kaleidoscopic array of hot sauces or ranch dressing — to the table "just to see how it tastes." Though they really were simple meals, loaded baked potatoes have maintained a special place in my heart as a result of all those family dinners.

That's why, when I recently found myself with all the baked potato fixings but no potatoes, I had to get creative. So, I reached for a packet of gnocchi (pillowy-soft Italian potato dumplings) that I had intended to find sauce for and got to work.

The result is gnocchi folded in a rich, velvety white cheddar sauce (that's been amped up with a little sour cream) and topped with crushed bacon and scallions or chives. It takes all the best ingredients of baked potato night and combines them all together in a single 30-minute skillet meal.

Like baked potato night, feel free to try different combinations of toppings and add-ins — but you really can't beat the comfort of a simple bowl.