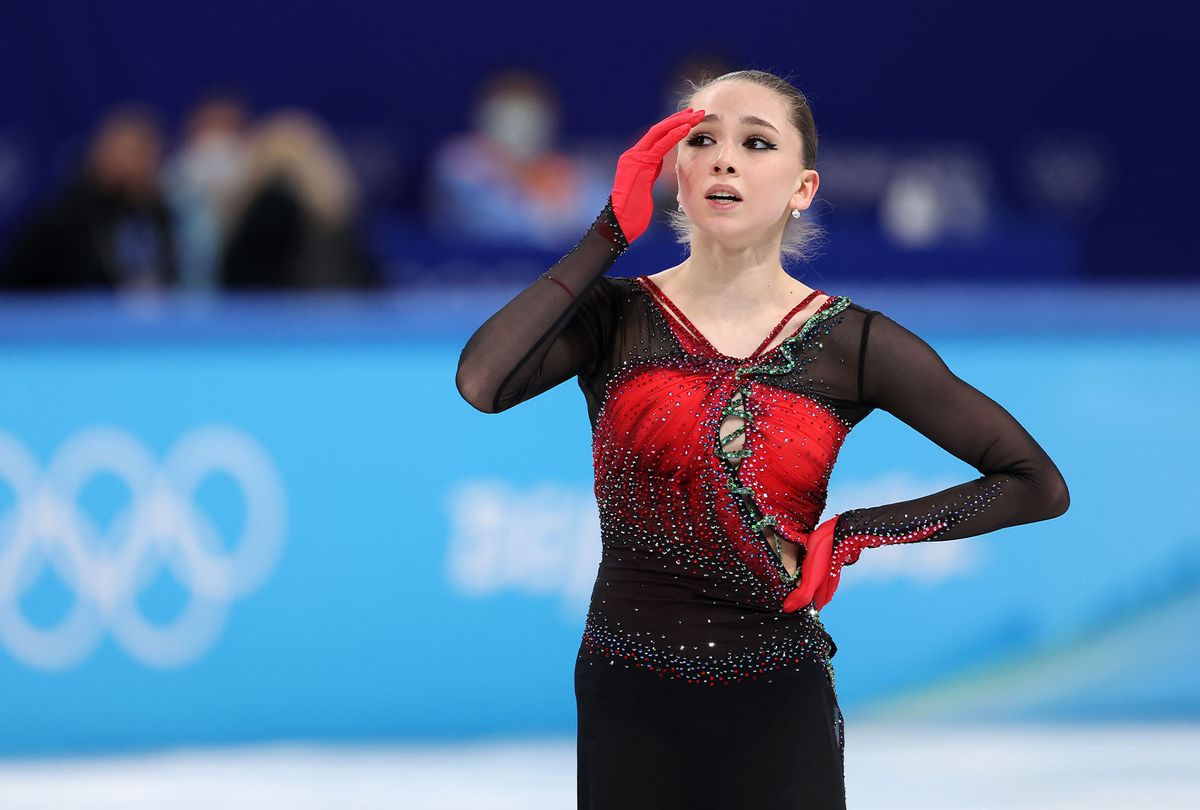 Weeks before the 2022 Beijing Winter Olympics, 15-year-old Kamila Valieva, a figure skater from Russia, tested positive for a banned heart medication. In the past, that would be enough to disqualify an athlete from international competition for some amount of time, but in the case of Valieva, she was allowed to compete in the opening days of the Beijing Olympics. It's unclear why.

This doping revelation was not released until after Valieva had already started competing and had helped her fellow Russian Olympic Committee (ROC) figure skaters win gold in the Beijing Olympics figure skating team event, where Valieva shined. She wowed her fellow competitors and fans all over the world by becoming the first woman to complete a "quad" in competition, an extremely difficult maneuver where she spins four times in the air before landing on one foot.

But, as the athletes prepared to gather for the medal ceremony — ROC won gold, the U.S. silver, Japan the bronze — they were told to turn back. There would be no medal ceremony. As the case works its way through the sports courts that will make a final determination if the Russian team — and Valieva — is disqualified or not, there still has been no medal ceremony.

For Russia, it's not the first time a doping scandal has marred their participation at the games.

In 2019, the International Olympic Committee (IOC) banned Russia from participating in international sports for four years stemming from its alleged state-led doping program that saw Russian athletes at the 2014 Sochi olympics double their medal output. The ban was later reduced to two years; it expires at the end of 2022. But, in the eyes of the world's sporting governing bodies, the ban on international competition for the country was not fair to all the other Russian athletes who had not doped, so Russians were allowed to compete in the Olympics under a different moniker, ROC.

As the New York Times wrote, "The news of the positive test also highlighted the presence of Russian athletes at the Games." Still, Russia's flag cannot be flown at the Olympics and their anthem cannot be played when their athletes win.

Russia has shown that international sporting glory is paramount at any cost, even at the cost of its own athletes' well-being. This latest scandal will do nothing to ease the international sporting community's distrust of Russian athletes and their inclusion in the games. A cloud of suspicion hangs over each event ROC athletes participate in, doping or not.

When it comes to Valieva, things are a little more complicated. As a 15-year-old, the athlete is considered a "protected person" under the anti-doping code rule book, so she could receive simply a reprimand for the positive test. But what could happen to any Russian who helped her, Olympic official or otherwise, remains to be seen: Her coaches and team doctors are likely to be investigated as well.

In the meantime, the World Anti-Doping Agency and the IOC are vowing to fight the Russian decision to allow Valieva to continue skating in the Olympics. The Court of Arbitration for Sport will soon hold a hearing to determine if she'll be eligible to compete in next week's figure skating events at the Beijing Olympics or if she'll have to sit them out.

In the coming months, more will certainly be revealed about just what happened, and who is responsible. Hearings will be held, and the world's sporting courts and administrators will surely punish someone. For Russia, that's the worst-possible outcome: the latest lasting damage the whole scandal is doing to their reputation — no matter what it's done to their athletes.