Falls took Valieva out of the running, and in the end, allowing her to compete may have done more harm than good 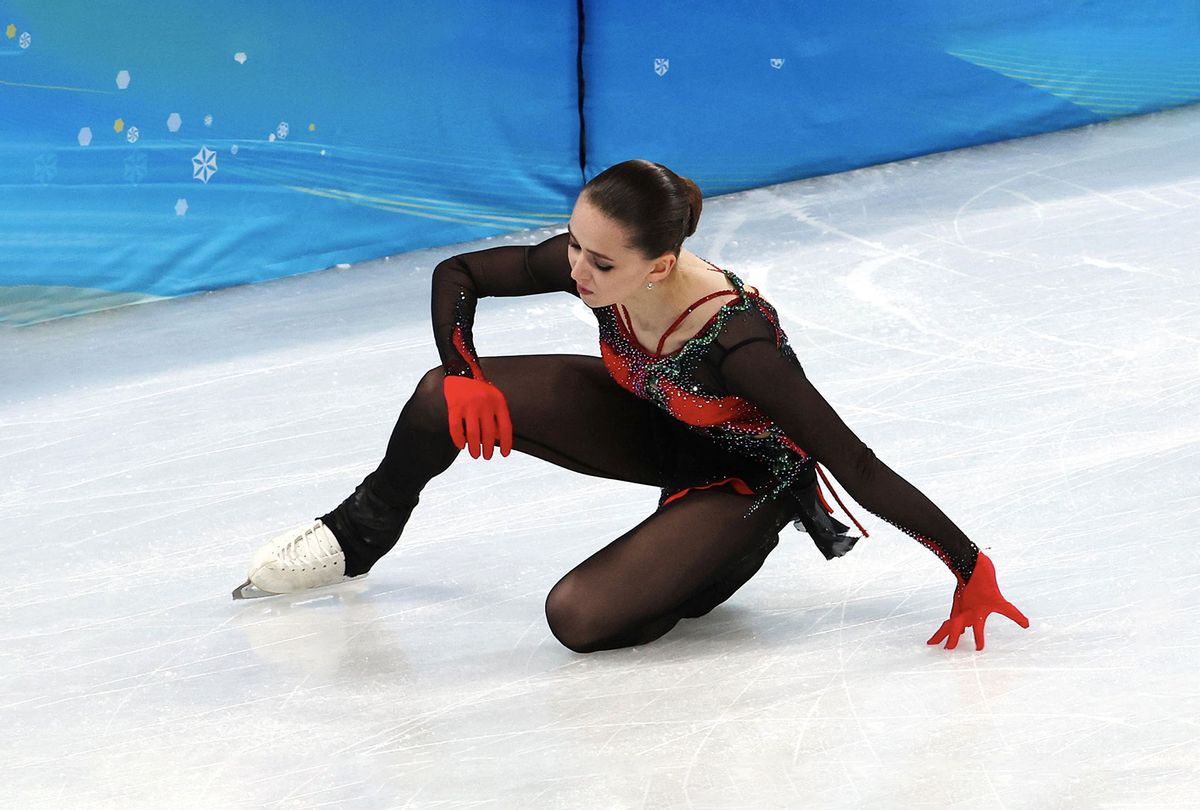 Despite getting a chance to compete after violating the rules, Russian figure skater Kamila Valieva was unable to secure a spot on the podium (which she wouldn't have been able to stand on anyway).

The 15-year-old skating prodigy placed first in the short program on Tuesday but ultimately finished in fourth place after falling multiple times during her free skate on Thursday. Valieva first made headlines when it was revealed that she had tested positive for the banned metabolic modulator trimetazidine. The revelation also delayed the medal ceremony for last week's team event; Valieva and her fellow ROC teammates have not received their gold medals.

On Monday, the Court of Arbitration for Sport's (CAS) announced that Valieva could continue competing in the individual events but stated there would not be a medal ceremony if she finished in the top three.

"The panel considered that preventing the athlete to compete at the Olympic Games would cause her irreparable harm in the circumstances," CAS Director General Matthieu Reeb told the AP.

The decision prompted former figure skaters Adam Rippon, Yuna Kim, Scott Moir and Kaitlyn Weaver to speak out against it. NBC commentators Johnny Weir and Tara Lipinski also agreed that Valieva should not be allowed to skate.

"It's not just about her skating or not skating," Lipinski said. "It's affecting everyone at these Olympic Games to think that there's going to be no medal ceremony if she's on the podium . . . I can't even comprehend that. Imagine how it's affecting so many other skaters' lives and their experiences."

Following Valieva's free skate, both Weir and Lipinski reiterated their disapproval but also offered a few words of sympathy.

"I can't imagine how tough this has been on Kamila and it makes me angry that the adults weren't able to make better decisions and guide her and be there for her because she is the one now dealing with the consequences," Lipinski said. "And she's just 15 and that's not fair. With that being said, she should not have been allowed to skate in this Olympic event."

"On a human level I can't imagine going through what she has been through," Weir said. "But that doesn't change the fact that she should've been nowhere near this competition. Every athlete at this level knows and understands that if you test positive for a banned substance you will not compete."

Valieva broke down in tears after receiving her result on Thursday. She reportedly declined to speak with the press afterwards.

"The court that ruled to allow Kamila to skate in this competition was worried about the ramifications on her mental health of not competing," Weir added. "And I wonder what they are thinking now as to what just happened to Kamila Valieva."

"Thank goodness for all the other medalists to have that moment," Lipinski said at the end of the program.

The top three finishers must have been relieved to be able to celebrate such a win and actually share it with the world, but also it no doubt comes with mixed feelings. The ruling committee's decision to allow Valieva to compete – but with such a caveat and to such backlash – couldn't have been good for the teen's mental health. It certainly played out in her performance, and one must question if the leniency did her more harm than good.