Two documentary series provide a view into the humanity, courage and flaws of a leader in a time of Civil War 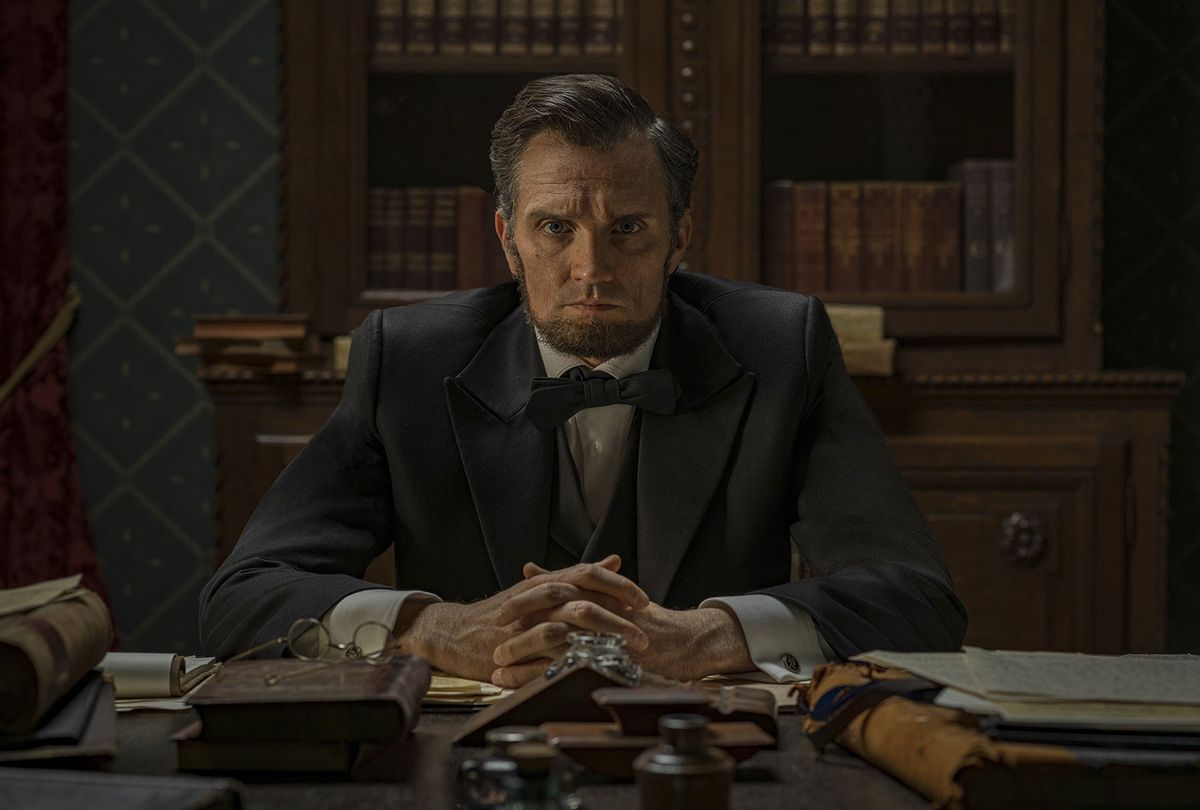 Presidential historian and best-selling author Doris Kearns Goodwin has a knack for bringing her History miniseries to air when they're most acutely needed. Her latest, the seven-and-a-half hour "Abraham Lincoln," arrives on basic cable in the midst of a(nother) ridiculous push in multiple states to ban books and legislate "uncomfortable" historical accounts out of our educational system.

This would effectively erase, rewrite or downplay the most significant contributions by figures who aren't white, straight or Christian from school texts even more than they already have been. And this bolsters the efforts to cement structural inequality in place.

Understanding this in the context of this documentary series is crucial, since partisans have battled to claim Lincoln's legacy for decades, long before the ginned-up hysteria over "critical race theory" came into being.

Republicans reflexively remind people that Lincoln was one of theirs, citing his reputation as the Great Liberator whenever they deny their party's devotion to racist campaign tactics and legislative policies. Progressives return fire by pointing to writings in which he declared African Americans to be unequal to whites, and his proposed plan to resettle emancipated Black people to Central and South American colonies.

The truth of the man is somewhere in between these definitions, as Goodwin and the experts she calls upon illustrate in "Abraham Lincoln," former president Barack Obama among them. He's one of several who provide a diplomatic, nuanced interpretation of Lincoln's writings as those of a man who was "limited and constrained by his time in ways that are disappointing."

That, and a willingness to listen to abolitionists like Frederick Douglass, whose devotion to emancipation and equality for  Black Americans, free or formerly enslaved, helped shift Lincoln's political fortunes and his views.

Christy Coleman, the executive director, Jamestown-Yorktown Foundation, eloquently sums up the man, and the core purpose of this series thusly: "Lincoln is moved to understanding and belief in what the nation could and should be despite his own prejudices and concerns when he starts. He is wise enough to know that he has them, and wise enough to know that his nation needs to move beyond them."

History's "Abraham Lincoln," based on Goodwin's bestselling "Leadership: In Turbulent Times," joins a President's Day weekend lineup that already includes AppleTV+'s four-part "Lincoln's Dilemma," which forgoes the reenactments to recreate flashpoints in Civil War history and Lincoln's presidency with subtle animation and illustrations, along with the standard archival photography, drawings and political cartoons. You can't go wrong with either.

"Lincoln's Dilemma" is the more celebrity packed of the two, with Jeffrey Wright narrating, Bill Camp providing the voice of Lincoln and Leslie Odom, Jr. bringing Douglass' words to life.

History Channel puts its star power behind its bench of academics in addition to dramatizing key moments in Lincoln's life from his boyhood leading up to that fateful night out at the theater in 1865, with Graham Sibley starring as Lincoln.

Watch a trailer for History's "Abraham Lincoln" below, via YouTube.

Reenactments in projects like these still have a bad reputation owing to years of the channel's over-utilization of the tool in its quest to give its subjects a populist gloss. But neither Sibley nor his co-stars, including Oluwasanya Adegbola as Douglass, overplay their hand. Helpfully the actor also bears a natural resemblance to Lincoln that can be disconcerting at times, particularly in the scenes from his pre-presidential years.

It's impossible to watch either series without recognizing parallels between America in the Civil War-era fractures and where we are now.  "Lincoln's Dilemma" puts a fine point on this by bookending its four hours with scenes from last year's Jan. 6 insurrection at the beginning, and the removal of Confederate monuments in recent years and the construction of the Lincoln Memorial in 1922 as a symbol of unity.

During these closing moments, New Yorker writer and professor Jelani Cobb points out the irony of our tendency to look to Lincoln for inspiration in trying times, perhaps forgetting that he had to be smuggled into Washington D.C. for his first inauguration, much in the way the National Guard had to occupy the city to ensure the safe transition of power on January 20, 2021.

More viewers have access to History Channel and "Abraham Lincoln," which pulls rock stars of academia and politics on par with Goodwin, the series' executive producer, to provide their takes. But their familiarity doesn't detract from the depth of their insights, nor should Obama's inclusion ward off those who don't agree with his political views.

Bill Clinton similarly contributed to 2020's "Washington," providing a perspective on the pressures his predecessor faced that only a living president can fully understand. Obama also shares his experience of reading documents Lincoln authored, sharing telling nuances like the certainty of his signature on a consequential document. Ninety-nine percent of us will never lay eyes on these papers.

Alongside him are observations from retired Gen. Stanley McChrystal, who served under George W. Bush and Obama for a time before the latter demanded his resignation, as well as contributions from  from author and historian Manisha Sinha; Clint Smith, author of the bestseller "How the Word is Passed"; professor Mary Frances Berry, former chairwoman of the United States Commission on Civil Rights, and a slew of other academics.

This inclusive lineup of voices adds to the sense of the production's spectrum of viewpoints, which helps to highlight the appreciation of what Lincoln endured and overcame along with his mistakes, the most lasting being his failure to fully contend with what one expert accurately describes as the parent issue of slavery: racism.

"Abraham Lincoln" is more courageous and comprehensive in this respect, settling the shoddy textbook question as to whether the Civil War was about slavery. The short version is yes, in the end, because Lincoln's views evolved along with that of the Union's soldiers and populace. Moreover, it establishes how vital Black soldiers were to tipping the scales in the Union army's favor once Lincoln opened the ranks for them to enlist.

"Lincoln's Dilemma" presents a more comprehensive view of the Black experience during the Civil War as part of its narrower focus on Lincoln's presidency and the war as opposed to expressly profiling the man.

The History series incisively analyzes the major battles whereas Apple TV+'s  brings us inside lesser known but important conflicts – including the brutality visited upon Black soldiers massacred by racist Confederates at the Battle of Fort Pillow in 1864, led by a 19th century slave trader and Confederate general Nathan Bedford Forrest. If that name sounds familiar, it may because of its association with the ugliest Confederate statue that ever existed – a specific example of the way "Lincoln's Dilemma" connects the events of nearly 160 years ago to the present day.

One wishes Goodwin brought a sharper focus upon on the lesser-known moments like this within the series' broad view.  Nevertheless, if the aim is to educate us of the perils about our present situation and inspire hope, "Abraham Lincoln" meets that mission, especially  in moments such as Goodwin's characterization of Lincoln's refusal to drop emancipation from his re-election platform as an act of courage.

"Lincoln's Dilemma" is currently streaming on Apple TV+. Watch a trailer for below, via YouTube.