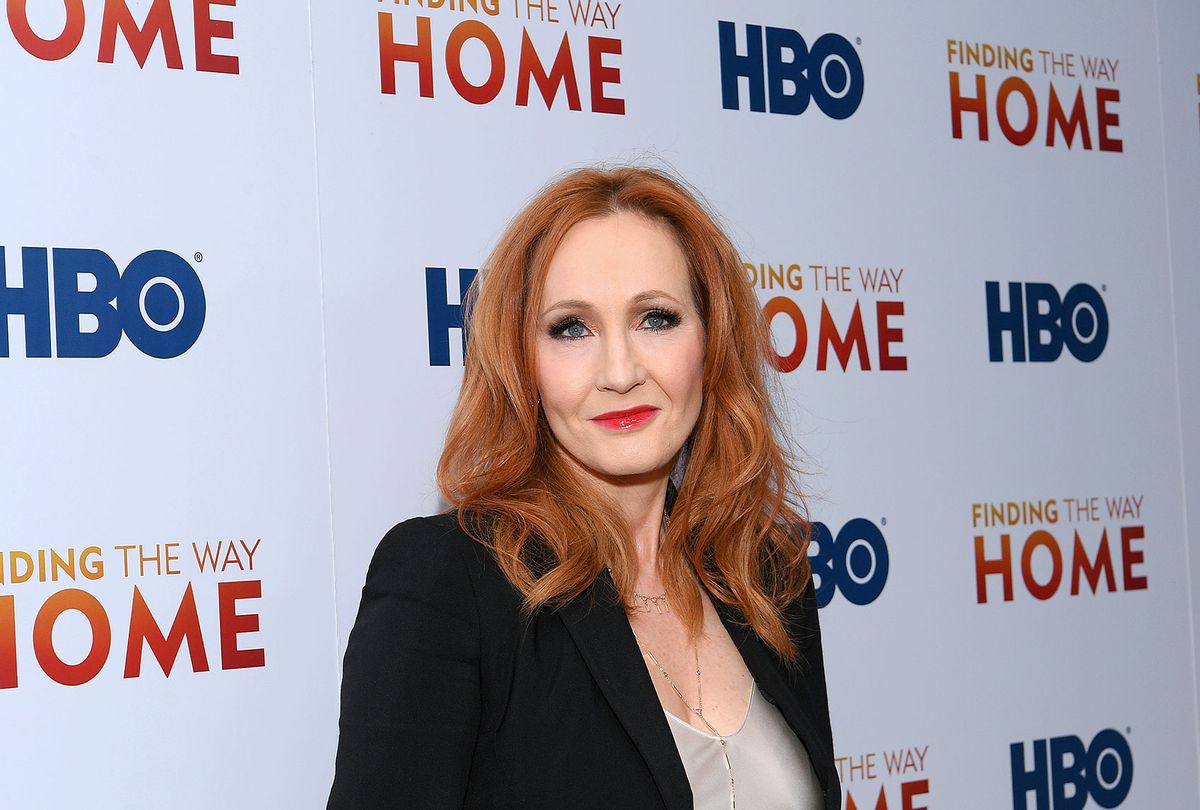 J.K. Rowling doubled down on her opposition to legislation that would make it "less traumatic and inhumane" for trans individuals to legally change their gender on International Women's Day.

"You really want your legacy to die on this hill, @jk_rowling?" a Twitter user named Wanda asked the "Harry Potter" author on Tuesday.

"Yes, sweetheart," Rowling responded. "I'm staying right here on this hill, defending the right of women and girls to talk about themselves, their bodies and their lives in any way they damn well please. You worry about your legacy, I'll worry about mine."

In recent days, Rowling has waged a public campaign against the Gender Recognition Reform Bill introduced in Scottish Parliament. In the process, the author has been criticized anew for posting "transphobic" tweets and spewing TERF (trans-exclusionary radical feminist) rhetoric.

The proposed legislation would reform the process by which trans people legally change their gender, including a required diagnosis for gender dysphoria and evidence. Rowling criticized the legislation, which has the support of First Minister Nicola Sturgeon, in a weekend quote tweet.

"The law Nicola Sturgeon's trying to pass in Scotland will harm the most vulnerable women in society: those seeking help after male violence/rape and incarcerated women," the author wrote. "Statistics show that imprisoned women are already far more likely to have been previously abused."

Rowling reiterated her disapproval of the bill as a new week began, claiming on Monday that "evidence" of "negative consequences" was being "ignored." According to The Times, the groups "voiced concerns that the proposals could erode women's sex-based rights and access to women-only spaces and services, including hospital wards and refuges."

"Multiple women's groups have presented well-sourced evidence to Nicola Sturgeon's government about the likely negative consequences of this legislation for women and girls, especially the most vulnerable," Rowling tweeted in a two-part thread. "All has been ignored."

"If the legislation is passed and those consequences ensue as a result, the [Scottish National Party government] can't pretend it wasn't warned," she added.

Rowling did not share what "evidence" or statistics she was citing in either instance.

In a recent appearance on BBC Radio 4's news program "The World At One," Sturgeon "fundamentally disagreed" with Rowling's claims.

"This is about a process — an existing process by which people can legally change their gender," Sturgeon said. "And it's about making that process less traumatic and inhumane for trans people, one of the most stigmatized minorities in our society. It doesn't give trans people any more rights — doesn't give trans people one single additional right that they don't have right now — nor does it take away from women any of the current existing rights that women have under the Equalities Act."

Rowling infamously came under fire for allegations of transphobia in June 2020, when she blasted a Devex op-ed for using the term "people who menstruate" instead of "women."

"I'm sure there used to be a word for those people," she said on Twitter. "Someone help me out. Wumben? Wimpund? Woomud?"

As Salon's Ashlie Stevens wrote, "Rowling went on to write several blog posts, including a 3,500-word essay, filled with tired transphobic talking points, like the idea that allowing individuals to use the public restroom associated with their gender identity is a greenlight for predators to harass young women."

Rowling's recent tweets arrive only a month before the upcoming release of "Fantastic Beasts: The Secrets of Dumbledore." The film is slated to premiere on April 8 in the U.K. and April 15 in the U.S.