As the last of the Entenmann brothers dies, nostalgia for the brand's baked goods remains strong

"These days, I'm the adult in the house, and Entenmann's products are still a thing for my family" 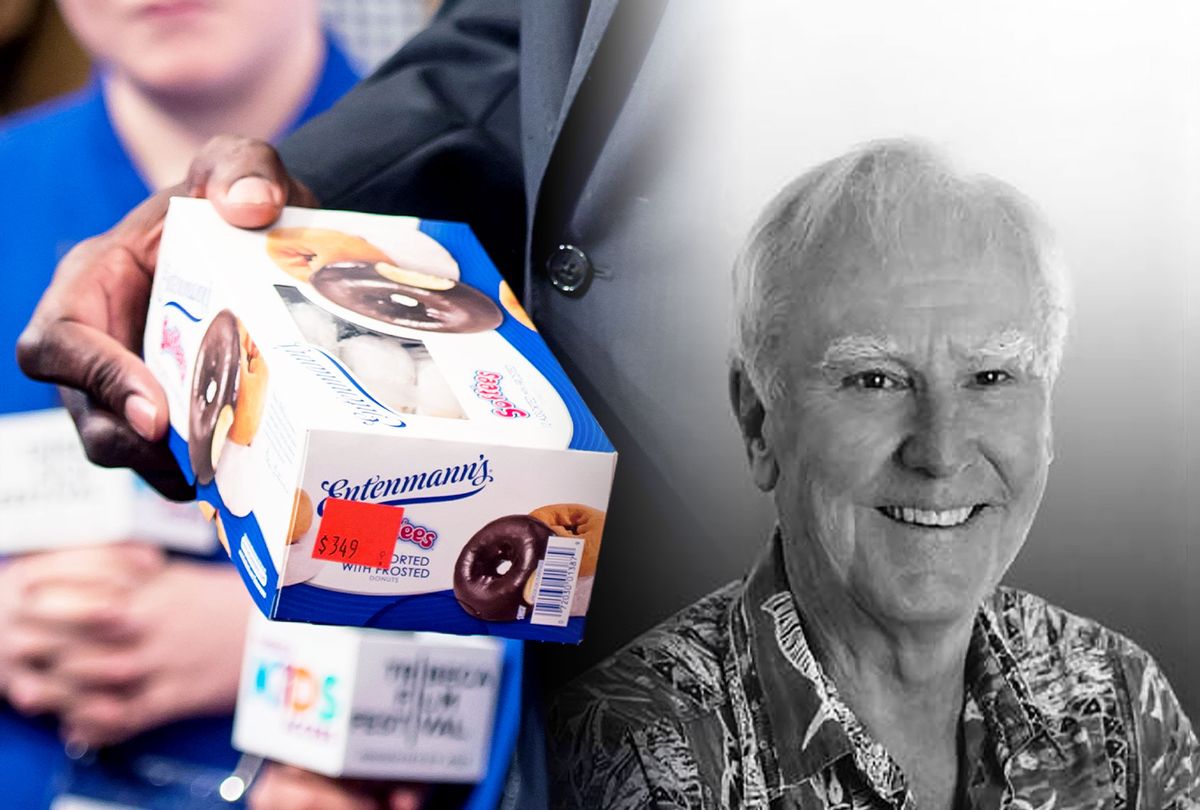 As journalist Lauren J. Mapp was growing up in Massachusetts, visits from family members were intertwined with Entenmann's treats like coffee cake, chocolate-enrobed doughnuts and raspberry Danish twists. If enough folks were in town or "seriously" craving sweets, the spread would sometimes include all three.

"Almost every time my Uncle Ron would come to visit from Vermont, he would bring one of those chocolate fudge iced cakes," Mapp recalled. "After a while, we had built up a strong association between him and the cakes, so we wrote a song about it — and by 'we,' I am pretty sure it was just my uncle who had written it — and we just sang it whenever he'd come over."

RELATED: Depression cake is the all-star chocolate cake you can make with pantry staples

"But he literally never ever actually baked a cake," Mapp said. "Just picked up the Entenmann's cake every time."

When Uncle Ronnie's wife, Donna, passed away, Mapp wasn't able to travel across the country for the funeral. So, she sent her mom some money and had her bring Uncle Ronnie one of those chocolate Entenmann's cakes.

There's something about the Entenmann's brand of sweets that evokes comfort and nostalgia among Americans like Mapp. The bakery behind the nationally beloved brand began in 1898 in Brooklyn. The founder, William Entenmann, was a German immigrant whose initial home delivery routes (of which Frank Sinatra was a customer in the 1950s, getting a weekly coffee cake) expanded into prime grocery store placement across the country.

Charles Entenmann, William's grandson and the last of the three brothers who were involved in the family business, died Tuesday at the age of 92. In a 1976 interview with The New York Times, he said the family business outlasted the competition because "we stuck to quality and devised ways to control quality."

He added, "The two-millionth piece of cake must not only be good — it must be as good as the first."

That consistency enabled Entenmann's baked goods, of which there are more than 100 varieties ranging from cakes to doughnuts, to become an established part of family traditions. Some of the baked goods were, to borrow a line from comedian Sebastian Maniscalco's 2012 stand-up special "What's Wrong with People?", reserved for company. However, others were cornerstones of childhood snacks and celebrations.

Kurt Suchman, who lives in Seattle, remembers how the marble loaf cake featuring a swirl of moist chocolate and yellow cake was in constant supply in their house growing up.

"I associate Entenmann's with my childhood, mostly, and growing up," they said. "It was such a treat to go to the Entenmann's outlet near my house and seeing rows of baked goods."

Sarah Morgan of Cincinnati similarly associates Entenmann's with growing up.

"On every birthday growing up, my parents would put the candles in the chocolate-covered yellow cake doughnuts for my brother and I," she said. "By the time we got over 18, it was a huge fire hazard and we had to make stacks and get creative. But it's a tradition I plan on doing for my kids in the future."

For New Yorker Seth Friederman, the taste of chocolate-frosted Entenmann's doughnuts is a reminder of his dad moving back in with him and his brother. From the age of nine until Friederman moved out at 18, there was a box of those doughnuts in the fridge.

"Then when I would visit him, there was often a box of cheese Danish or the donuts," Friederman said. "He was the only person I know who kept those doughnuts in the fridge. It made their texture more solid and the chocolate not at all messy even on a hot day."

Friederman suspects that his dad's parents also ate those doughnuts in the 1930s and 1940s at their home in Garfield, N.J.

"They meant something special to him," Friederman said. "He had them with coffee — and always a little smile."

After more than a century of being in business, the brand William Entenmann started is still being incorporated into the fabric of the American family. Writer Sarah Walker Cannon remembers spending summers in Connecticut, where she and her family would try all of the coffee cake varieties, one by one, on weekends.

"These days, I'm the adult in the house," she said, "and Entenmann's products are still a thing for my family."

Before you eat cake, check out these some super simple weeknight recipes: