Book banning, forcing people into the closet, even childbirth death: The GOP can't wait to bring it all back 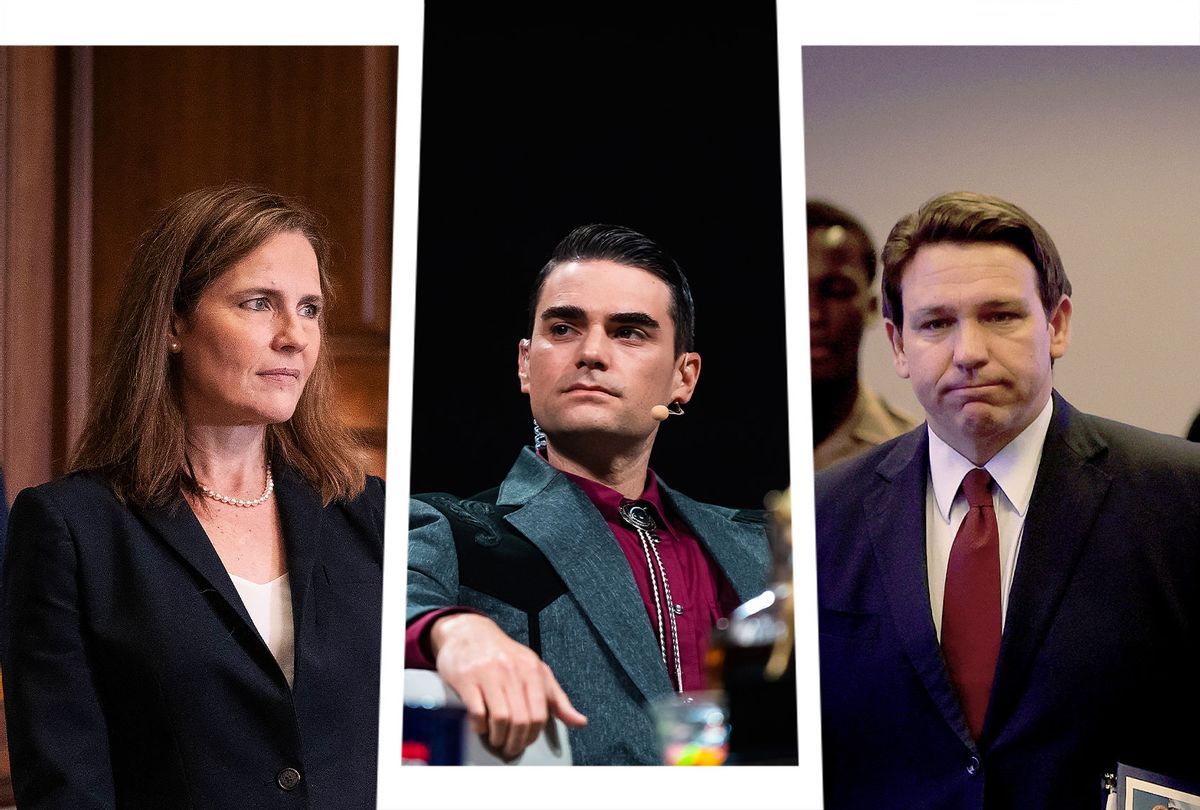 In 1955, William F. Buckley of the National Review famously defined his magazine's mission — and that of conservatism broadly: To stand "athwart history, yelling 'Stop!'" The quote frequently gets romanticized, though it should not.

Buckley wrote his mission statement a mere month before the Montgomery bus boycott began and a year after Brown vs. the Board of Education was decided. He did not hide that the "radical social experimentation" he decried was desegregation. In the 21st century, however, conservatism — which has become indistinguishable from Republicanism — is no longer content with just trying to stop or slow down progress. Nowadays, Republicans are hellbent on re-litigating seemingly every battle they've lost over the decades. In some cases, over a century's worth of progress is being targeted for elimination.

They don't just want to "stop" history —they want to erase it.

Indeed, that is what this "critical race theory" hoax that has the right all riled up is all about. Under the guise of battling "critical race theory" — which is almost never taught in public schools — Republicans are trying to ban books that cover the civil rights movement  and intimidating history teachers into pretending the 50s and 60s never happened. Buckley may not have been able to "stop" the civil rights activists he loathed so much, but his Republican descendants are intent on hiding the fact that the movement for civil rights ever happened.

The book banning frenzy is just the tip of the iceberg, however. It's now clear that Republicans want to revive every political fight they've lost, going back at least to Buckley's time and, in some cases, even before it.

Name a historical evil that Americans thought we'd conquered decades ago, and sure enough, you will find Republicans are trying to bring it back. Look no further than the frenzy of revanchist legislation Republicans passed in Florida in just one week. First, there's the "don't say gay" bill, so broadly written as to prevent teachers from acknowledging — or allowing students to mention — the existence of same-sex couples, even if they are a child's parents. The clear purpose of the bill is to return to the era of the closet, where out LGBTQ people were rare and those who had the courage to come out were castigated as perverts. The legislature also passed the "Stop WOKE Act," which bars both schools and businesses from having any training or program that supposedly causes an "individual should feel discomfort, guilt, anguish, or any other form of psychological distress on account of his or her race, color, sex, or national origin." This has been largely covered as a ban on any kind of diversity training, but it's even more expansive than that. As I note in Friday's Standing Room Only newsletter, conservatives can also block anti-sexual harassment trainings by claiming it's guilt-tripping men to tell them that ass-pinching is not allowed in the workplace. This longing for the "Mad Men" days is never too far from the surface.

The Florida legislature also gave Republican Gov. Ron DeSantis an "election police" force that answers only to him. The excuse for this was "election integrity," but it's obviously about voter intimidation. It's basically reviving the KKK and other hate groups that roamed the South in the Jim Crow days, threatening any would-be Black voters, except this time funded by taxpayer dollars. Just in case that wasn't enough clawing back of progress, DeSantis' quack appointee to the state surgeon general also recommended against vaccinating kids against COVID-19. One wouldn't be surprised if Florida Republicans start railing against the germ theory of disease.

The Republican longing for a return to 19th century standards of medical care isn't limited to Florida.

In Missouri, Republicans have introduced a bill to ban the standard medical care for an ectopic pregnancy, which is a pill that dissolves it. Ectopic pregnancies happen when an embryo implants outside of the uterus and cannot medically result in the birth of a baby. If left untreated, a woman's ovaries or fallopian tubes will bleed or even erupt, which often results in death. The bill is sadistic and misogynist, but sadly no surprise. Republicans long for the days when people died of what are now easily prevented respiratory illnesses. The Supreme Court in on the verge of ending abortion rights. Of course they're also hankering to get back to a time when pregnancy was all too often a death sentence.

Republican nostalgia for the worst parts of the past also looks up to the sky, specifically to the time when American cities were choked with smog so thick that going outside was often a danger to one's health. Last week, the Supreme Court heard a lawsuit challenging the Environmental Protection Agency's attempt to reduce carbon and methane emissions. Worse, as the Washington Post editorial board notes, "conservative justices have been on a broader mission to restrict the power of federal agencies," and are likely to start by "hampering the ability of the Environmental Protection Agency to regulate emissions from power plants." The nostalgia at play here is for a time before the EPA, when Manhattan looked like this:

It's worth remembering that the legislation that the Supreme Court is targeting is the Clean Air Act, which passed in 1970 and was signed by then-president Richard Nixon, a Republican. That's how much this right-wing longing to roll back history by decades has spiraled out of control. It doesn't matter that the EPA has objectively made life much better for all Americans. It doesn't matter that everyone suffers when the skies are clogged by pollution or that conservative and liberal lungs alike are harmed by inhaling pollution. It doesn't matter that climate change hurts all of us. The frenzy to eradicate decades of progress among Republicans is simply that out of control.

We even see this nostalgia for the bad old days in the rote response of grifter right-wing figures like Ben Shapiro and Charlie Kirk to modern pop culture. Witness how those two cynically feigned offense over the half time show at this year's Super Bowl, throwing about phrases like "sexual anarchy" and "radical racial messaging." In truth, the performance was a bunch of middle-aged rappers and an R&B singer whose biggest hits mostly came out 20-30 years ago, and thus now exist in the realm of wedding songs and the standard American songbook. But Kirk and Shapiro were pandering to this right-wing desire to erase literal decades of history, and to return to a time when there was no hip-hop at all, much less it being celebrated on a national stage.

There's still a tendency both in the mainstream media and even among many liberals to blanch at this diagnosis of the modern GOP and deny that they really have become this radical. But it's worth looking at what has happened in the past year since the COVID-19 vaccines became widely available: A massive Republican campaign to discourage vaccination was unleashed. As Axios reported Friday morning, a third of people who get their news from Fox News have refused vaccination, even though doing so means being 53 times more likely to die of COVID-19. The result has been hundreds of thousands of unnecessary deaths in the past year. This, by itself, is proof that Republicans cannot be deterred from their radical path. If killing hundreds of thousands of their own people isn't seen as a price too high, then they certainly aren't going to worry about the massive social damage from pregnancy-related deaths, forcing queer people back into the closet or resurgent air pollution.