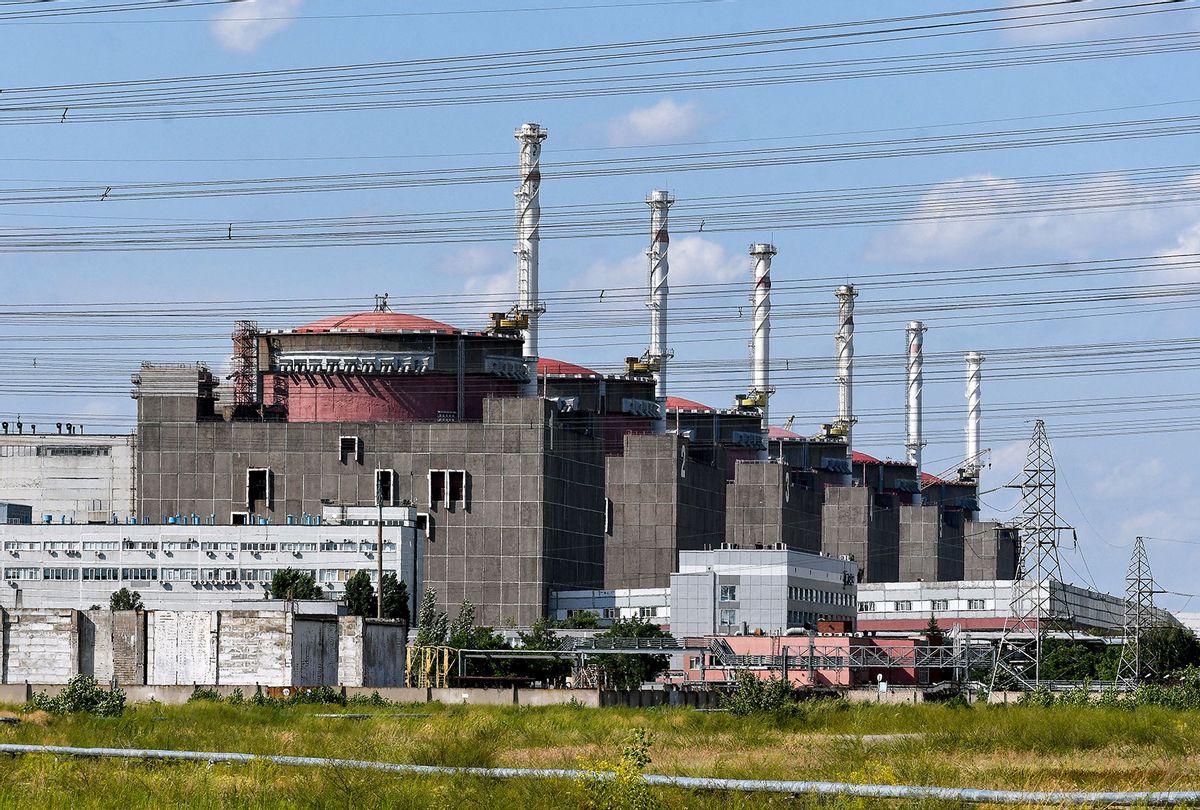 New video footage and photographic evidence reveals that when the Russian military captured Ukraine's Zaporizhzhia Nuclear Power Plant from March 3 to March 4, they used tactics which could have resulted in a nuclear catastrophe.

Security cameras captured images of Russian forces firing heavy weapons in an area with dangerous nuclear fuels — namely, at the plant's massive reactor buildings. Another video, this one taken inside the plant, shows a possible Russian shell less than 100 yards away from the Unit 2 reactor building. There was damage at the Unit 1 reactor building, the transformer at the Unit 6 reactor and the spent fuel pad — where nuclear waste is stored. Surveillance footage caught Russian soldiers firing rocket-propelled grenades into the plant's main administrative building. Russian gunfire destroyed an administration building in front of the nuclear complex.

When Ukrainian firefighters tried to put out an out of control fire at a training building, the Russian military stopped them.

RELATED: As Russia invades Chernobyl, many fear artillery could spread radioactive dust across the continent

There are a number of things right now that could lead to a nuclear catastrophe in Ukraine. If the Russian military destroys too much of the country's electricity infrastructure, crucial safety systems will be compromised. Experts fear that the plants might leak radiation due to power cuts. The workers at both Zaporizhzhia and Chernobyl have to do their jobs while grappling with fatigue, stress and inadequate resources, which could hinder their job performance.

Lest you fear another Chernobyl-like situation know that there are key differences between Zaporizhzhia today and Chernobyl when it suffered a meltdown today — such that the two situations are not entirely analogous.

What's more, unlike the reactors at Japan's Fukushima plant (which suffered a nuclear meltdown in 2011 after an earthquake and tsunami), Zaporizhzhia's reactors have additional water circuits that cool them and produce steam. Other emergency cooling systems exist to prevent any core melt. Thick metal and cement shells protect the reactors from virtually anything the outside world could throw at them — even a plane crash. If a meltdown did occur, it would almost certainly be contained within the plant's campus. Multiple safety systems would have to sustain significant military damage for the reactors to become unstable.

Despite these added safety features, Zaporizhzhia is not disaster-proof.

Aside from the aforementioned risks posed by broader power cuts, Dale Klein, a former chairman of the U.S. Nuclear Regulatory Commission and a professor at the University of Texas at Austin told Bloomberg that if Russia's military managed to destroy both the power and the backup diesel generators for any of Ukraine's 15 active nuclear reactors, the fuel rods may overheat.

"My concern is that they hit the diesel storage for the diesel generators, and that will take out one of their backup power systems," Klein explained. Similarly, if the containment structures around the pressurized water reactors catch on fire, radiation could release into the air. If pools of spent nuclear fuel start to leak, that could also release radiation. And, of course, anything that winds up damaging a reactor's core could result in a meltdown.

There is also the concern that, as conflict spreads in regions of Ukraine where there is latent radiation leftover from Chernobyl, that radiation could be kicked up and spread out. After the Russian military captured the Chernobyl Nuclear Power Plant last month, experts worried that the conflict could kick up radioactive dust. Radioactive dust is a term for nuclear particles that are left on the ground or floating in the air in the aftermath of a nuclear event like Chernobyl. In the case of Chernobyl, the three most dangerous leaked elements were iodine-131, strontium-90 and cesium-137, which respectively have half-lives of eight days, 29 years and 30 years. The diseases linked to that nuclear dust range from radiation sickness and leukemia to thyroid cancer.

The two biggest nuclear power accidents in history were the Chernobyl disaster in 1986 and the Fukushima meltdown in 2011. The Chernobyl disaster occurred after a safety test on a nuclear reactor's steam turbine went wrong and the administrators accidentally caused an uncontrolled nuclear chain reaction. The resulting core meltdown and explosions released radioactive contamination into the air for nine days in late April and early May, impacting residents of Russia and Eastern Europe. No one knows for sure how many people died as a result of the disaster, but it was so severe that a 1,000 square mile area known as the Chernobyl Exclusion Zone exists in the area around the facility.

By contrast, the Fukushima Dai-ichi Nuclear Power Plant was destroyed during the Great East Japan Earthquake and Tsunami in 2011. The government evacuated 150,000 people from an area of 444 square miles. As with Chernobyl, it is unclear how many people became sick as a result of the radiation leaked from the facility. Only one death has been confirmed as definitively caused by cancer due to the Fukushima disaster.