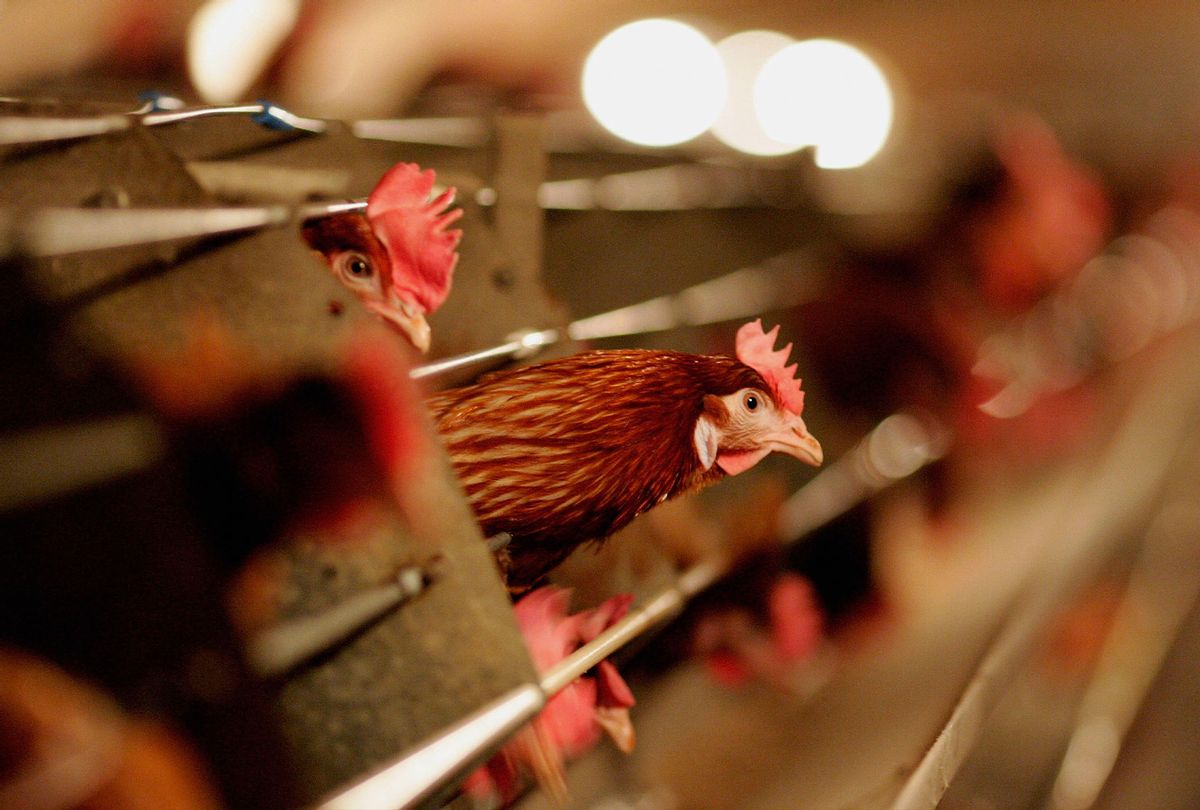 The supply chain crisis precipitated by the pandemic resonates in just about all consumer goods, from microchips to food. In the case of the latter, consumers were specifically struck by price hikes in their poultry: Turkey production, for instance, went down as factory workers were sent home for public health reasons, which in turn has affected Thanksgiving and other celebrations where turkey is consumed.

Now, a pandemic is afflicting the poultry industry — but not the COVID-19 pandemic. This time, it's a particularly virulent strain of bird flu, which could have a ripple effect on an already-tenuous poultry industry if not controlled.

Outbreaks of a lethal strain of Highly Pathogenic Avian Influenza (HPAI) have been found in poultry from Maryland to South Dakota, according to reports from the U.S. Department of Agriculture. The discoveries reinforce concerns that wild birds may be spreading the disease to domesticated flocks. That could have bracing ramifications for the poultry industry. By law, farmers are required to kill their flocks once infection has been detected.

RELATED: Scientists think they know why hundreds of birds mysteriously fell from the sky in Mexico

Dr. Andrew Bowman, an associate professor at Ohio State University's College of Veterinary Medicine, told Salon that the wild birds detected with the disease have included waterfowl, while on the "commercial" side there have been infected chickens and turkeys.

"That disease is caused by various Type A influenza viruses," Bowman explained. "The one that we're seeing now causing this disease seems to be a fairly widespread virus, at least as we're picking it up, as we're seeing it detected from the eastern coast of us all the way into the Midwest, so it's likely spreading through wild birds. Then from there we're having spillover into domestic culture, whether that's in small backyard flocks or in larger commercial operations."

Dr. Alejandro Banda, a clinical professor of veterinary medicine at Mississippi State University, told Salon by email that this outbreak of avian influenza is not like those which preceded it.

"In very short time, there have been detections in several states of different geographic areas, that involve different types of poultry species, including turkeys, layers, broilers, backyard flocks and several detections in wild birds," Banda explained.

There are more problems here than simply the widespread nature of the disease. As recently as last month, studies confirmed that the virus is capable of surviving on raw chicken meat in harsh conditions. In order to stop it from spreading, farmer will need to be careful and thorough.

"Some highly pathogenic avian influenza viruses may contaminate the meat, and this meat could serve as a vehicle to disseminate the virus to other zones," Banda told Salon. "That is the reason of the movement controls and restrictions in the movement of poultry-related products that affected states may establish as a response of an outbreak."

Dr. Samuel G. Custer from Ohio State University told Salon by email that the poultry industry currently "should not see any effects from the influenza," adding that "the virus has been controlled for the most part. A significant outbreak would cause disruptions. Therefore producers continue to operate at elevated bio-security levels."

At the same time, consumers have little cause for alarm in terms of their personal safety.

"The commercial poultry industry in the United States has very strict and effective controls for the processing, inspection and distribution of poultry meat and eggs, therefore it is very unlikely that products contaminated with this virus could reach the table of final consumers," Banda told Salon. "Furthermore, avian influenza viruses are very susceptible to temperatures reached by standard cooking procedures." As a result, there is no immediate health concern to the general public, although as usual (Banda wrote with emphasis) "the proper handling and cooking of all poultry and eggs to an internal temperature of 165°F is always recommended as a general food safety precaution."

"I think the important thing for consumers to remember is that proper handling of poultry products and proper cooking of poultry products is always important, whether it's for this or for other pathogens like salmonella that we are all kind of familiar with as being in poultry products," Bowman told Salon. "So as long as we have a proper way of handling the cooked chicken we should be fairly okay from a health risk standpoint."

For more from Salon on birds: