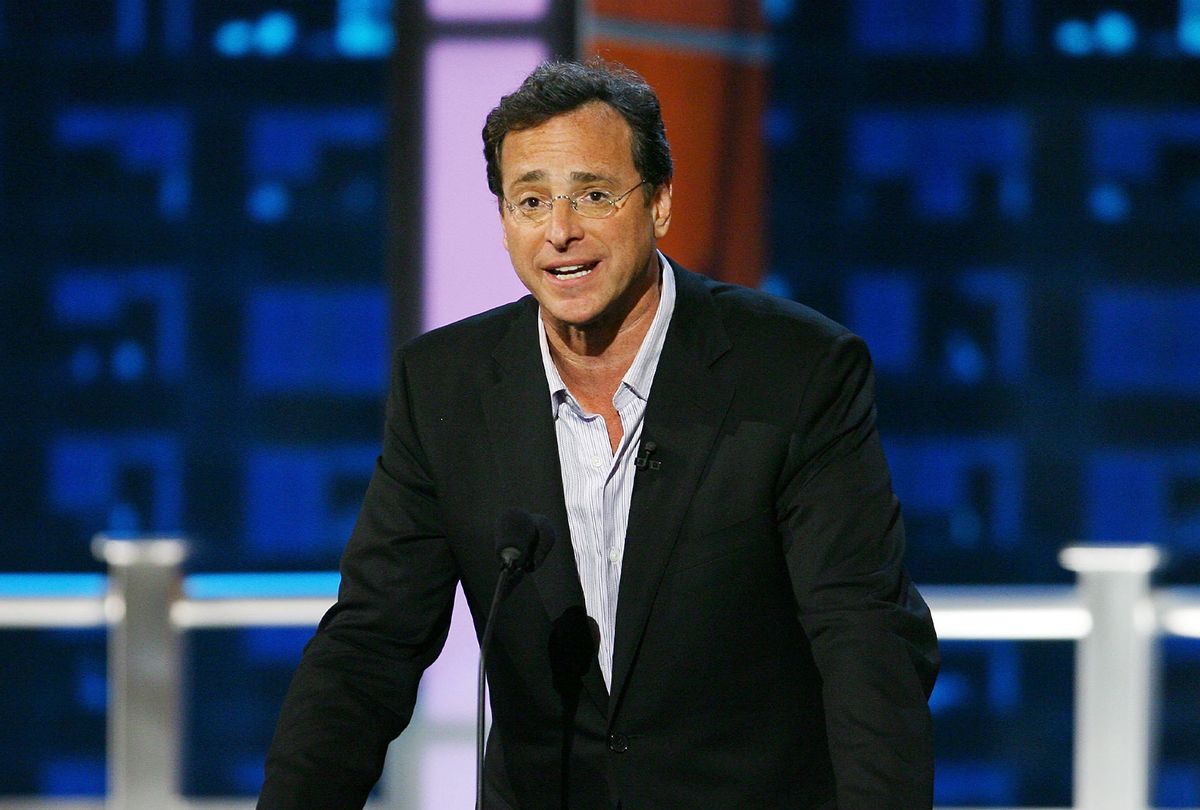 Actor/comedian Bob Saget on stage at the 'Comedy Central Roast Of Bob Saget' on the Warner Brothers Lot on August 3, 2008 in Burbank, California. (Michael Tran/FilmMagic/Getty Images)
--

Earlier this week, the Orange County Sheriff's Office released more than 50 new photos and redacted body camera footage of Saget's final moments, which are all part of his full death report. The images, obtained by People, refrained from showing anything graphic in nature and instead, highlighted Saget's hotel room at the Ritz-Carlton in Orlando and a few of his personal items, including toiletries, clothing and shoes.

In the photos, Saget's bed was neatly made and his personal belongings were organized on a nearby nightstand. A privacy sign laying on Saget's room floor was even photographed along with his thermostat — which was set to 74 degrees — a trash bin filled with masks, a valet vehicle claim tag for his car and his rental car's keys. Saget's final photo alive, which was taken by a fan outside of the hotel around 2:13 a.m. on Jan. 9, was also included.

Nothing seems objectionable content-wise but it does raise the question of why these photos were released.

"The entire Saget family is grateful that the judge granted their request for an injunction to preserve Bob's dignity, as well as their privacy rights, especially after suffering this unexpected and tragic loss," the family's attorney, Brian Bieber, said in a statement. Saget's family previously filed a lawsuit against Orange County Sheriff John Mina and the medical examiner's office, requesting that they don't release graphic medical records on behalf of the family's own mental well-being.

Officials reportedly took a total of 147 photographs, but only 57 were approved by Judge Chiu for public release, according to a separate report from People. Because the photos did not explicitly showcase Saget's bodily injuries and violate the family's plea, Judge Chiu "determined that the release of the 57 photos was mandated by Florida law."

Despite the ruling, it's still bizarre that the photos were released in the first place since they clearly serve "no legitimate public interest" — a key argument made in the Saget family's lawsuit. Since the "final" report on his autopsy has been made, it's hard to understand what these photos add to the public's understanding of his death other than satisfying a gruesome curiosity. It's also unclear if there's a larger and, maybe, an underlying motive for the recent disclosure.

One could also argue that the photos aren't overtly "sensitive" and pose no harm to Saget's grieving family. But each image captured Saget's personal possessions and once again reminds us — and his family — of his absence. As strangers continue to create bizarre conspiracy theories about Saget's cause of death, the availability of these photos just fuels their false claims and invites their blatant disrespect.

It has been over two months since Saget passed away from head trauma. It's now time to finally let him rest in peace and allow his loved ones to mourn in peace too.