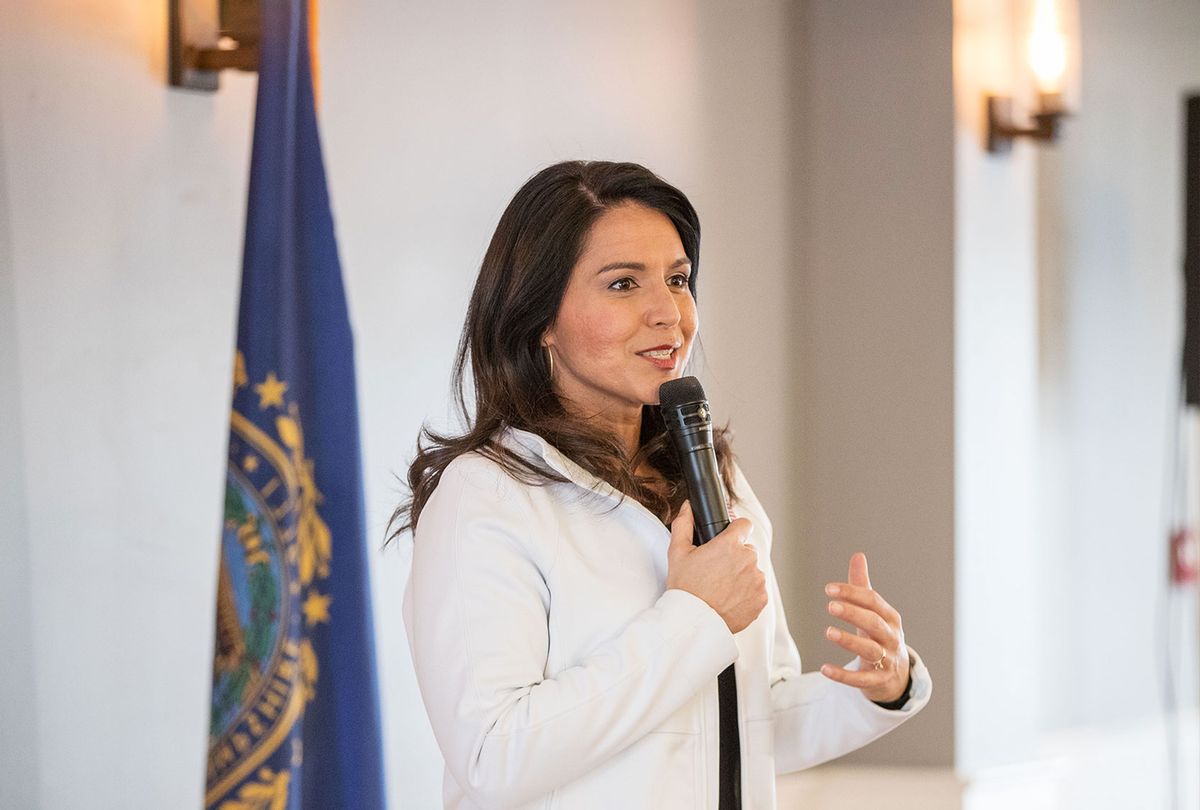 "In order to have a Supreme Court committed to protecting the rights of all Americans, including women, every justice needs to understand there is such a thing as a woman, as distinct from a man," the former House representative from Hawaii tweeted. "Yet when asked to define the word 'woman,' Supreme court nominee Judge Ketanji Brown Jackson said, 'I don't know.' The hypocrisy and absurdity of this is that she was nominated by President Biden in large part because she is a woman."

The question is meant to inflame one of the recent social issues that have supposedly incensed Republicans - specifically playing off of transgender swimmer Lia Thomas' recent collegiate championship win to the teaching of gender identity in schools.

"Can I provide a definition?" Jackson replied. "No I can't."

"Not in this context," Jackson said. "I'm not a biologist."

RELATED: Why the right is suddenly attacking Dr. Rachel Levine, the highest-ranking trans woman in government

"Well, the fact that you can't give me a straight answer about something as fundamental as what a woman is underscores the dangers of the kind of progressive education that we are hearing about," the senator said.

Blackburn's questioning was an attempt to corner Jackson on her connection with a left-leaning D.C. area private school. She paired her questions with misleading quotes taken out of context, blending together Ruth Bader Ginsburg's 1996 decision in U.S. v. Virginia and the 1946 case Ballard v. U.S.

Tulsi Gabbard's tweet only adds to the barrage of baseless criticisms Republicans have tossed at Jackson during the heated confirmation hearings.

Ted Cruz took a theatrical angle with his question, pointing to a children's book and asking Jackson, "Do you agree with this book…that babies are racist?"

Jackson's support base refuses to bend to the pressure. "What we saw today was an attempt to assail the character of Ketanji Brown Jackson, because her record is so wholly unassailable," Janai Nelson, president and director-counsel of the NAACP Legal Defense and Educational Fund, said on MSNBC. "They are trying to find some way to make her look less qualified-and they failed miserably."