Sens. Cruz and Blackburn claim the "science" is clear that sex is fundamental. Scientists say that is far from true 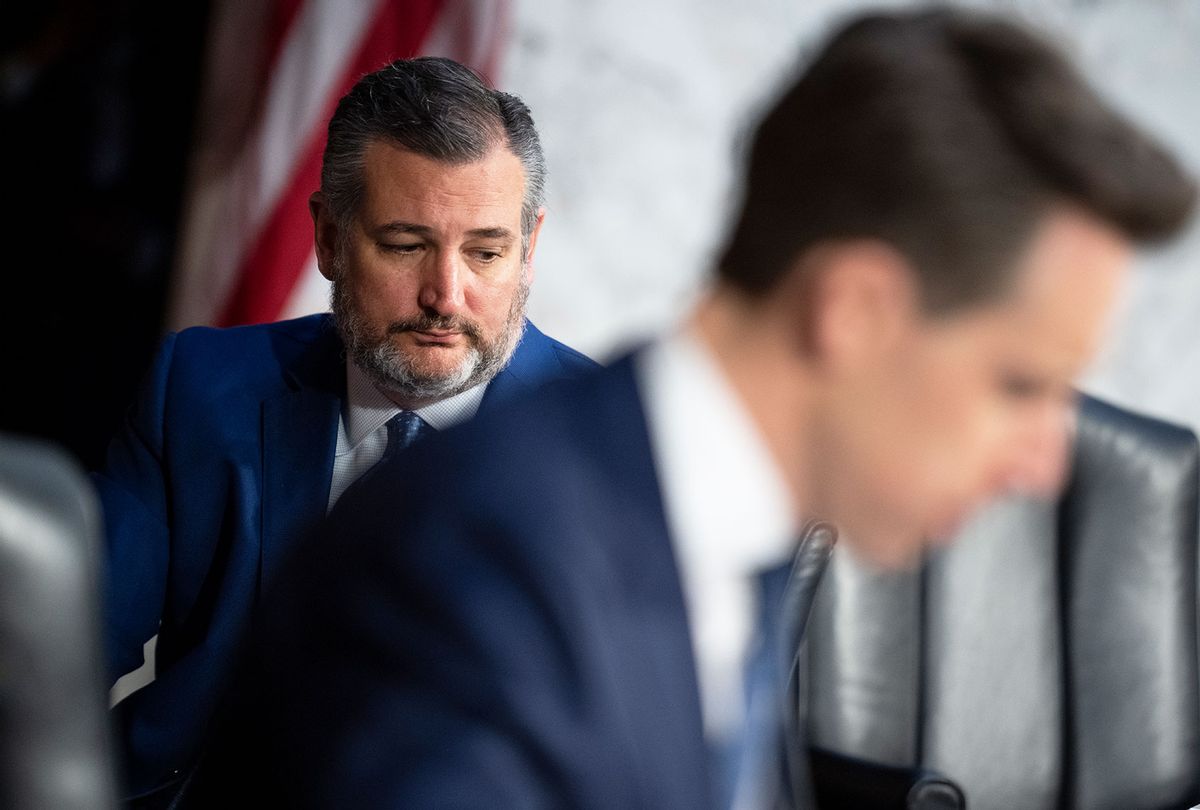 Judge Ketanji Brown Jackson's ongoing Supreme Court confirmation hearing has frequently veered in unpredictable directions. In addition to the usual questions about jurisprudence, the Supreme Court nominee has fielded queries from senators about subjects ranging from "racist babies" children's books to groundless implications that she is somehow sympathetic to child molesters. Amidst the broad spectrum of subjects, one line of Republican questioning against Jackson has gained attention — namely, when she was asked to define "woman."

The series of questions began on Tuesday with Sen. Marsha Blackburn of Tennessee when she asked Jackson, "Can you provide a definition for the word 'woman'?" When Jackson replied that she is not a biologist, Blackburn denounced her for not giving "a straight answer about something as fundamental as what a woman is," blaming Jackson's statement on "the kind of progressive education that we are hearing about" and decrying how "our taxpayer-funded institutions permitted a biological man to compete and be a biological woman in the N.C.A.A. swimming championships."

Sen. Ted Cruz of Texas added to the pile-on by pointing out that he is a Hispanic man and asking if he decided to self-identify as Asian, "Would I have the ability to be an Asian man and challenge Harvard's discrimination because I made that decision?" Like Blackburn, Cruz was arguing that defining sex is fundamental.

As it turns out, though, Blackburn's assertion that the definition of a woman is "fundamental" is inaccurate. If there is one thing that scientists agree on today, it is that the question of what defines a woman — or a man for that matter — is complicated by biology, which lacks such rigid definitions as Cruz and Blackburn seem to believe. Context is key.

The complexity is derived from the fact that, while people with a Y chromosome are genetically male and people without one are genetically female, sometimes other parts of the body do not match a person's genes. A person's sexual anatomy may differ from whether they have a Y chromosome or not. Some are born intersex or have differences or disorders of sexual development. In addition, as scientists are able to more precisely sequence individual human cells, it has become clear that everyone has cells which are so genetically distant from each other that their sex might not match the rest of the body. For patients with disorders of sexual development, scientists have identified genetic variations that influence a person's sex.

"The main problem with a strong dichotomy is that there are intermediate cases that push the limits and ask us to figure out exactly where the dividing line is between males and females," Arthur Arnold from the University of California, Los Angeles, who studies biological sex differences, told Scientific American. "And that's often a very difficult problem, because sex can be defined a number of ways."

Indeed, scientists who have observed Jackson's hearing winced at the Republicans' harping on her response to Sen. Blackburn's loaded question. "I don't want to see this question punted to biology as if science can offer a simple, definitive answer," Rebecca Jordan-Young, a scientist and gender studies scholar at Barnard College, recently told USA Today. "The rest of her answer was more interesting and important. She said 'as a judge, what I do is I address disputes. If there's a dispute about a definition, people make arguments, and I look at the law, and I decide.' In other words, she said context matters – which is true in both biology and society. I think that's a pretty good answer for a judge."

Eric Vilain, a clinician and the director of the Center for Gender-Based Biology at the University of California, Los Angeles, told Scientific American that instead of a simple genetic or anatomical definition for sex, scientists apply a "systems-biology view" that involves a number of overlapping anatomical, endocrinological and genetic factors.

"My feeling is that since there is not one biological parameter that takes over every other parameter, at the end of the day, gender identity seems to be the most reasonable parameter," Vilain told Scientific American — meaning, in other words, that the safest bet is to simply allow people to decide for themselves what gender identity best fits them.

In a sense, the easiest way to imagine genetic identity is to conceive of two networks of genetic activity that compete with each other to determine an organism's sexual biology. As molecules in those networks change, a body may develop in ways different from what their chromosomes seem to dictate. Similarly, if someone has a condition which impacts their sexual development — for instance complete androgen insensitivity syndrome, which causes a person's cells to not respond to male sex hormones — they can have Y chromosomes and some male anatomical parts, but still have female genitalia and develop as female at puberty.

The complex science has not stopped right-wing trolls from trying to capitalize on the controversy over sex biology. Commentator Matt Walsh posted a Twitter thread edited to make it look like he embarrassed individuals who explain the complexity of gender and sex.

Geoffrey Ingersoll of the Daily Caller tweeted, "It's wild. KBJ is safe. Even if she said, 'a woman is a human with female sex organs,' she would STILL get appointed. Straight up fear forces her to bend the knee."

Newsmax contributor Jenna Ellis, who helped former President Donald Trump in his attempted coup after he lost the 2020 election, tweeted that "KBJ is extreme in her positions about criminal law. So are some justices who have been former prosecutors. But, this bothers me less than her unwillingness to declare her judicial philosophy on things like sex and [critical race theory]. She should declare her views so the Senate can do its job."