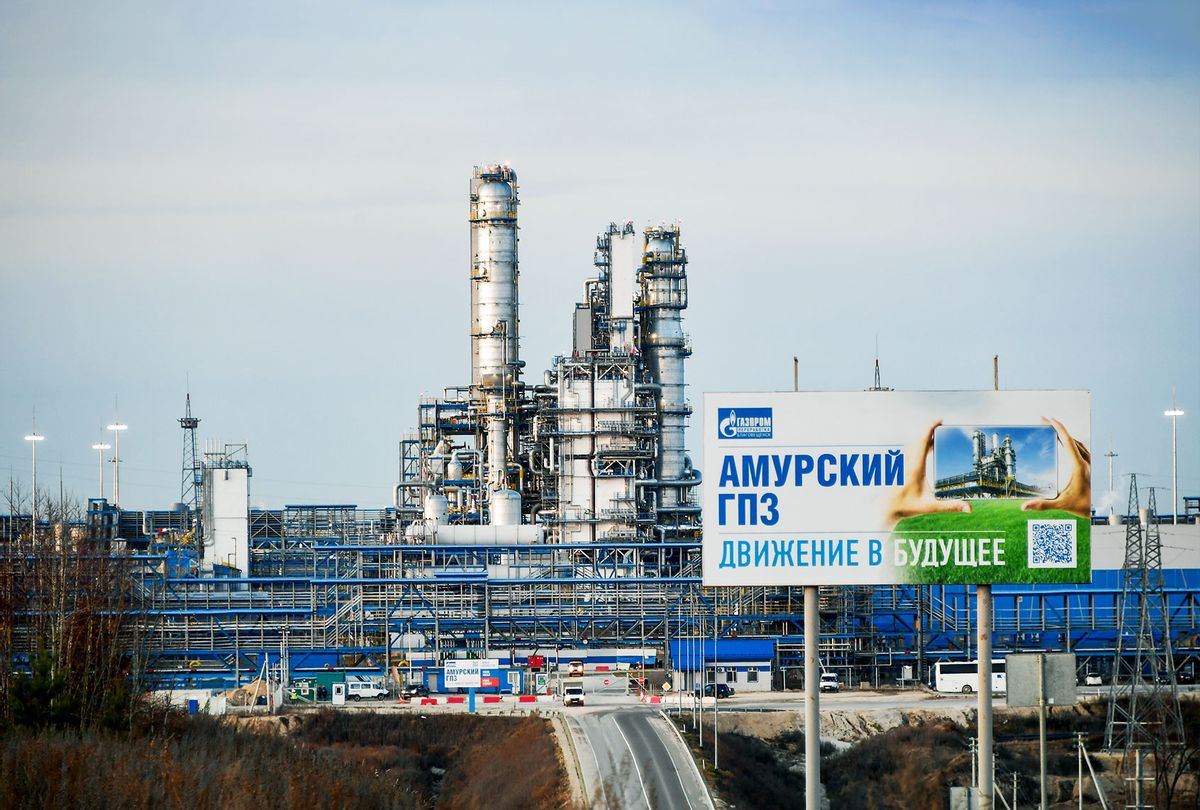 The Russian invasion of the Ukraine has morphed into a brutal, bitter slog of a ground war; yet as Russia refuses to engage in serious cease fire talks, prospects for a quick military outcome fade.

In such a stalemate, economic weapons mobilized on both sides become decisive. Western economic sanctions, which have so far cost the ruble 90% of its value, are pitted against cut-offs of Russian oil and gas — a threat which has already raised gasoline above $6 in California and quadrupled the cost of heating in much of Europe. Both sides are hurting.

Putin's gamble is that the West will need Russian oil and gas before Russia's economy collapses from an inability import essential industrial products. The West needs to outwait Putin. That requires alternative sources of non-Russian energy to bring down the crippling prices of oil and gas. In other words, we must find accelerate substitute of renewable energy for oil and gas in transport, buildings and industry — but also, in the short term, increase our own oil and gas production.

The conventional energy analysts rejects all of the West's options as "too little too late." But high oil prices are not robust; they are fragile. Small changes move big dollar signs. Substituting clean energy for oil and gas is not only a short-term strategy, it is a permanent threat to the inflated crude oil prices that have support Putin's regime. The more Putin pushes Brussels, Washington and Tokyo to accelerate the clean energy transition, the shorter his financial life line — and that of Russia's OPEC allies — becomes. Add up all the small (yet also long term profitable) opportunities the US and Europe have, and market support for oil at $100 would evaporate, along with the margins those prices make for traders and oligarchs.

An aggressive strategy to reduce dependence on Russian fossil fuels would help the US and Europe – but would also lower energy prices and stimulate economic recovery in much of sub-Saharan Africa, India, China, many of which are not directly involved on either side of the Ukraine war.

And if we access the full suite of replacements fast enough, the price of energy will fall dramatically, and western sanctions will force Putin to concede defeat.

But that requires a recognition that the US and NATO are in non-shooting war with Russia, and that energy and financial liquidity are weapons in that war. Our approach to sanctions has been serious, effective and war-worthy.  Our response on energy — the weapon Putin counts on to bring Europe to its knees — remains spasmodic and fractured. We need to fight and win the energy war.

It's amazing how many complex questions are simplified if we ask the question, "Are we serious about winning this non-shooting war? Are we determined to outwait Putin?"

US oil companies have thousands of wells drilled but not yet producing, and thousands more with permits to drill; they are using their resources instead to increase profits to their Wall Street shareholders.  In a shooting war we wouldn't beg industry to produce the oil our economy and our allies need; we would require them to do so.  State are erecting more barriers to replacing gas with roof-top solar, to protect local power monopolies. In wartime we should instead have "solar gardens," à la victory gardens, on as many roofs as possible. Europe needs to replace gas furnaces with heat pumps and the US should help; regulatory red tape is getting in the way, even though every wasted therm of natural gas burned in Amsterdam means more blood shed in the Ukraine.

Here's one version of a wartime strategy, whose climate component aims to pump more US oil now on the supply side and less of everyone's oil tomorrow on the demand side. It's based on what I've seen work in energy supply crises in all the way back to the 1970's.

1) The President should declare that replacement energy is the key resource democracies need today.  He should announce a constant flow of releases from the Strategic Petroleum Reserve, at a rate of about 30 million barrels a month.  Congress has already authorized much slower releases of 190 million barrels, but we need the oil now, and won't need it in 2028. This by itself would provide relief for the oil market for the next six months.

2) To supplement, and eventually replenish, these Strategic Petroleum Reserve withdrawals, the federal government should offer three year contracts to purchase of oil from drilled or leased but currently idle properties. If not enough offers from idle properties are received, the President would use the Defense Production Act to require production from the 3000 drilled but not yet completed oil wells. He would tell, not ask, the oil industry to go on wartime footing.

3) If there are supply chain barriers to production from these wells, and there may well be, the President would pledge to use his authority in a national emergency to require production of whatever is in short supply.  If the industry is worried about price stability, the government should offer producers a choice:  three year contracts at either $70/barrel or at market prices, as they prefer. This will signal that the government is serious about cheaper oil, and about reducing the market power of Russia.

4) Simultaneously, Biden would put forward an ambitious set of policy steps to accelerate the short and long term replacement of oil and gas with clean energy.  Major acceleration of US production of heat pumps to help Europe get off Russian gas is a good an example.  The Administration must reject proposals from the oil industry  to increase exports permanently (which would raise US fuel prices)  or give the oil industry control of more US public land. Instead the President should demand increased short term production from already dedicated and leased properties.  More US oil now, but more clean energy now and later is the outcome the climate crisis and the war in the Ukraine demand.  (These already drilled or leased properties Biden would be bringing into production are already committed to production, just like the oil in the Strategic Petroleum Reserve.)

In this long game, ironically, the EU, Japan, and the US are in the same camp as Putin's current fellow travelers, China and India. All these countries are major oil importers who benefit from the cheaper prices that come from rapid deployment of clean energy in place of fossil fuels. Hence, if it is done well, a fiercely-fought oil and gas war could help Ukraine beat Putin and reunite the world community — leaving on the outside Russia, a rogue economy smaller than Italy's and the Persian Gulf, and help substantially to save the climate along the way.

Read more on the Ukraine war and its consequences: