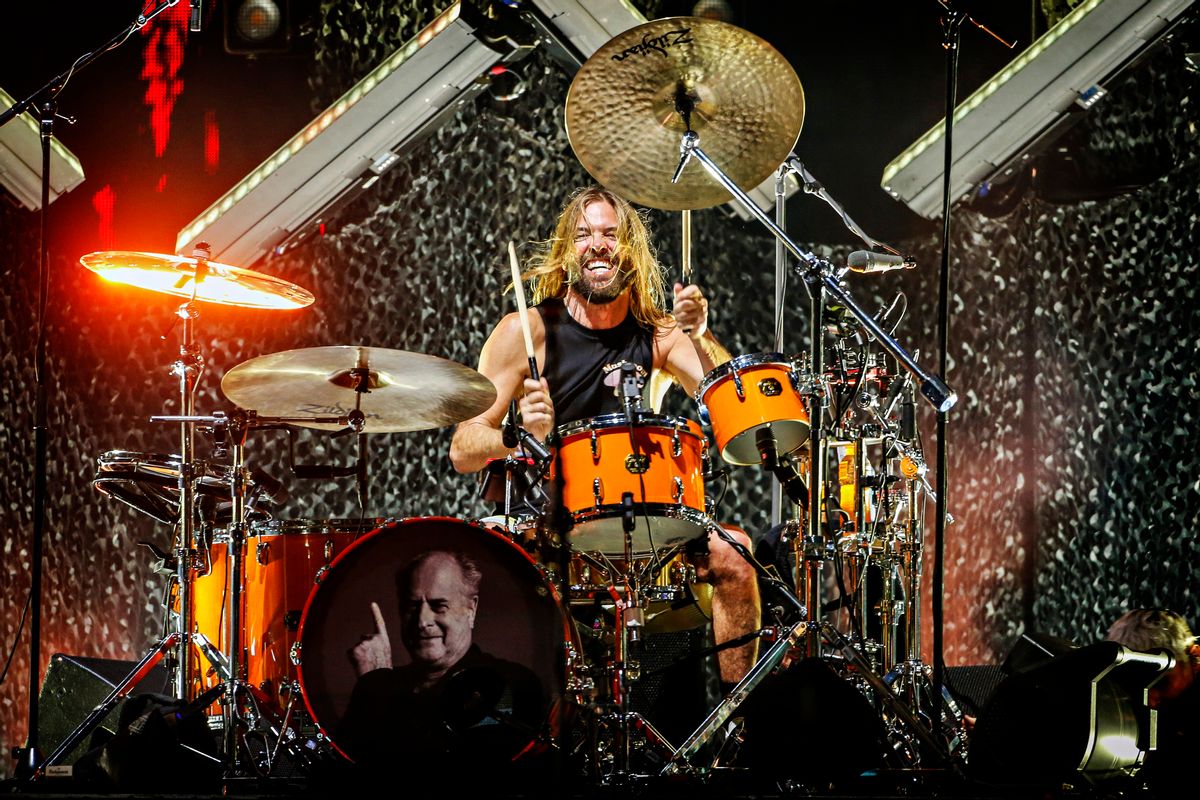 Taylor Hawkins, the longtime drummer for the band Foo Fighters, died on Friday night. No cause of death has been given for Hawkins at the time of this post.

The band that Hawkins was a beloved and integral part of issued issued a statement on Friday confirming their bandmate's death. The statement came just prior to the band's scheduled show in Bogotá for the Festival Estereo Picnic, which they ultimately had to pull out of.

Related: Foo Fighters' Dave Grohl has been reading lips since losing hearing, but the pandemic made it worse

Hawkins joined the Foo Fighters as their drummer in 1997, and went on to record eight studio albums with the band, led by former Nirvana drummer Dave Grohl. In addition to his work in the Foo Fighters, Hawkins also previously toured as a drummer for Alanis Morissette, and was heavily featured in the singer's 2021 "Jagged" documentary. 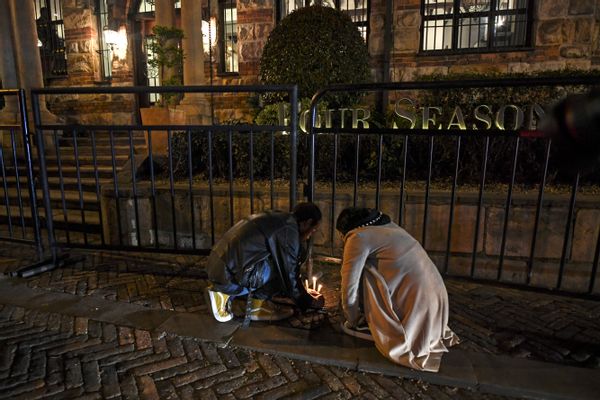 People light candles in front a hotel for late Foo Fighters' drummer Taylor Hawkins following his death in Bogota on March 26, 2022. (Photo by JUAN BARRETO/AFP via Getty Images)In 2020, Hawkins formed a "supergroup" called NHC with Dave Navarro and Chris Chaney from Jane's Addiction. The band released a few singles together, as well as an EP called "Intakes & Outtakes," and their sole full-length is set to be released sometime in 2022.

Dave Grohl, who was not only a bandmate of Hawkins' but an extremely close friend, wrote about their relationship in his 2021 autobiography, "The Storyteller: Tales of Life and Music."

"Part Beavis and Butthead, part Dumb and Dumber, we were a hyperactive blur of Parliament Lights and air drumming wherever we went."

Following the announcement of Hawkins' death, friends of the drummer expressed their sentiments via social media.

Hawkins' last show ended up being with the Foo Fighters while the band performed a headlining set at Lollapalooza Argentina on March 20. Here's footage from that show.