A nurse's fatal mistake ends in a guilty verdict. Now, the nursing community is terrified

Nursing groups decried the verdict, blaming the "profit-focused systems" that put nurses at a "spear point" 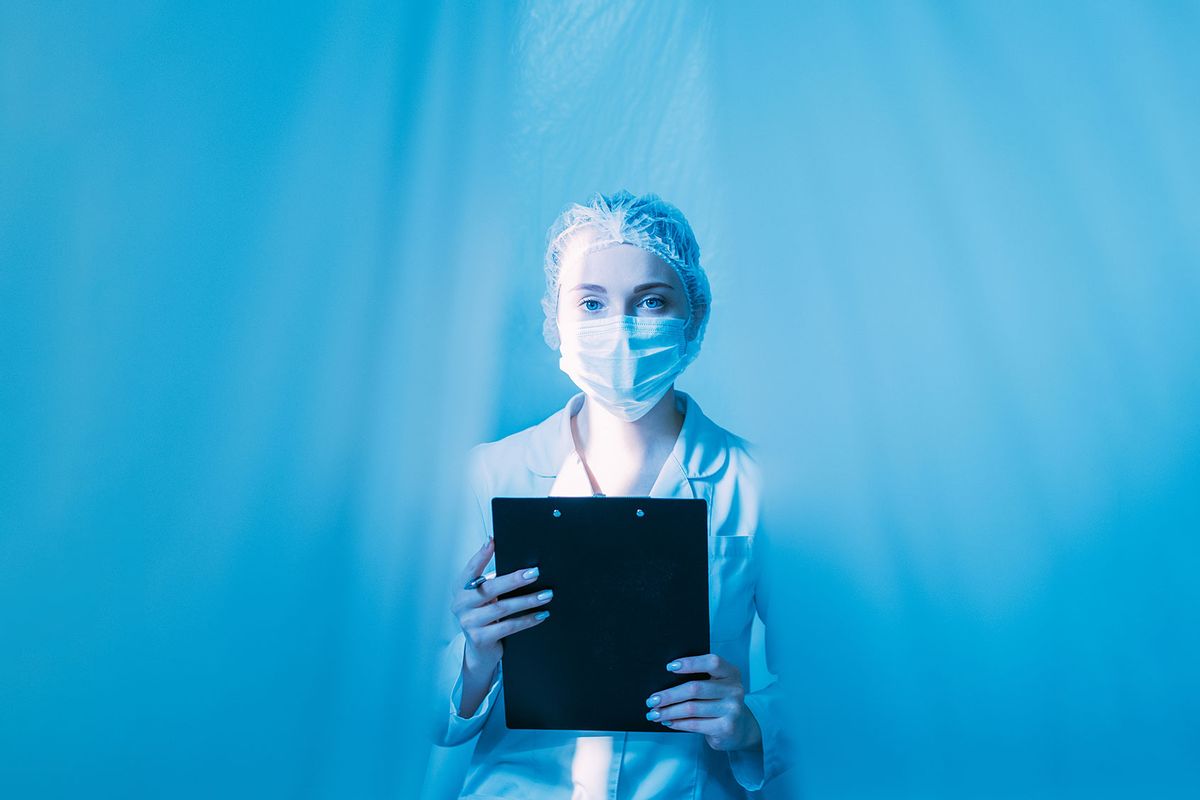 Nurses across the United States are up in arms over the trial of a former nurse named RaDonda Vaught, whom a jury found guilty of criminally negligent homicide and impaired adult abuse after she made a fatal error in giving a drug to a patient in 2017.

Yet numerous nurses and nursing associations fear that the guilty verdict could set a dangerous precedent for an already overworked and under-resourced workforce, as it sets a precedent that could result in prosecution of other nurses who diligently report their mistakes.

Vaught now faces up to eight years in prison; she was first acquitted for reckless homicide.

Attention towards Vaught's case from the nursing world was perhaps heightened by the COVID-19 pandemic, which has severely strained the healthcare system and brought attention to labor conditions in hospitals. On multiple social media platforms, nurses posted stories under the hashtag #IamRadondaVaught, sharing their fear that even by doing their due diligence at work they could suffer Vaught's fate.

"Vaught immediately reported her error to her supervisors and took responsibility for her actions," AACN said. "This criminal prosecution and verdict will negatively impact the timely and honest reporting of errors; in addition, this case has further demoralized an already exhausted and overworked nursing workforce in the face of existing nurse staffing shortages."

Vaught was tasked to retrieve a sedative called Versed from a computerized medication cabinet called an AccuDose machine, according to court documents. The sedative was meant to calm Murphey's anxiety before being scanned in a diagnostic machine.

"We are deeply distressed by this verdict and the harmful ramifications of criminalizing the honest reporting of mistakes," the American Nurses Association (ANA) and the Tennessee Nurses Association (TNA) said in a joint statement. "The nursing profession is already extremely short-staffed, strained and facing immense pressure – an unfortunate multi-year trend that was further exacerbated by the effects of the pandemic; this ruling will have a long-lasting negative impact on the profession."

The nuances of Vaught's case hint at issues the healthcare industry has been facing for quite some time — and while there is some nuance in the details of her case specifically, these are the undisputed facts: In 2019, Vaught was charged and arrested with reckless homicide and gross neglect of an impaired adult in connection with the killing of Charlene Murphey, a 75-year-old who died at Vanderbilt University Medical Center in late December 2017. The arrest came after Vaught faced allegations that she didn't properly monitor Murphey after Murphey was injected with the wrong drug.

Murphey was initially admitted to the hospital for bleeding in her brain. While Murphey appeared to be recovering, and was being prepared for discharge, Vaught was tasked to retrieve a sedative called Versed from a computerized medication cabinet called an AccuDose machine, according to court documents. The sedative was meant to calm Murphey's anxiety before being scanned in a diagnostic machine similar to a magnetic resonance imaging (MRI) machine.

According to court documents, Vaught went to the AccuDose machine to get the medicine but couldn't find Versed in Murphey's chart. Vaught turned to another computer, the Medication Administration Record (MAR), and found there was an order for Versed in Murphey's chart. Since she couldn't find Versed in the AccuDose machine, Vaught typed in "VE," selected the first medication on the list — Vecuronium Bromide — and overrode the system — which, according to the documents, is a common practice among nurses trying to navigate a machine that often fails. The paralyzing medication, Vecuronium Bromide, left Murphey brain dead. Vaught allegedly admitted to the error.

As outlined by the Tennessean, the details of what happened next get murkier. At first, Murphey's death was reported as "natural" and not a medical error. It wasn't until October 2018 that an anonymous tipster alerted state and federal health officials that Murphey's death was the cause of a medical error. Later on, Vaught's criminal defense attorney, Peter Strianse, insisted that Vanderbilt shares blame for the death.

"I think when this case is tried, and the facts come out, it's a mistake and it's not all of her fault either," Strianse said. "There are some real systemic problems with the way they dispense medicine through that automatic dispensing system."

Following the verdict, many nurses have argued on social media that Vecuronium Bromide shouldn't be a drug that can be overrode or loosely stored in a computerized pharmacy. In other words, much of the blame should be on the institution's machine, which casually dispensed a deadly drug.

The prosecutors, on the other hand, argue that Vaught neglected reading important information about the medicine — for example, how she allegedly didn't notice the drug was supposed to be a liquid but was instead a powder. She also allegedly didn't notice any warnings on the medication bottle, such as "WARNING: PARALYZING AGENT." According to the court documents, Vaught admitted to being a bit distracted.

In the joint American Nurses Association and Tennessee Nurses Association statement, the organizations who together represent 4.3 million registered nurses said bluntly, "health care delivery is highly complex," and "it is inevitable that mistakes will happen, and systems will fail."

"It is completely unrealistic to think otherwise," the statement continued. "The criminalization of medical errors is unnerving, and this verdict sets into motion a dangerous precedent."

At the heart of Vaught's verdict is a big question with an unclear answer: in this and other similar cases, is the healthcare system at fault, or the individual worker — especially when the worker admits to the mistake? And even when a worker is at fault, is treating them like a criminal a fair and just response? Notably, the Tennessee Board of Nursing only revoked Vaught's nursing license in 2021.

The Massachusetts Nursing Association called the verdict "chilling," and expressed fear that nurses "may be reluctant to report a mistake for fear of unwarranted prosecution, or worse still, who may not stay in a profession under a punitive system with so much risk."

In a statement, the Massachusetts Nursing Association called the verdict "chilling," and expressed fear that nurses "may be reluctant to report a mistake for fear of unwarranted prosecution, or worse still, who may not stay in a profession under a punitive system with so much risk."

"This unprecedented effort to criminally punish a nurse for a medication error goes against every accepted tenet for a just and effective means of responding to, and the appropriate process for the mitigation of, preventable medical errors, particularly for those, as this case does, that involve complex systems of care," the statement read. "This verdict by an overzealous and ignorant DA has shocked nurses from coast to coast, who are posting memes that say 'I am RaDonda Vaught,' as so many know that given the systems they are working in — dysfunctional, profit-focused systems — that every day place them at the spear point of a similar tragic outcome."

In an email statement to Salon, Connie Barden, the chief clinical officer of AACN, said it is "critical to create and sustain healthcare environments where individuals are accountable for their own behaviors, and vigilant in identifying a system's flaws."

"We look for risk, not fault," Barden continued. "The threat of criminal prosecution jeopardizes the transparency and openness we need."

Vaught's sentencing has been set for May 13, 2022. Meanwhile, a petition has been circulating on Change.org demanding clemency for Vaught; the petition had 162,664 signatures as of March 31. The comments on the petition capture the outrage many nurses feel.

UPDATED: This story was updated with quotes from Connie Barden of the American Association of Critical-Care Nurses at 7:26pm Pacific Time