It’s hard to be Catwoman: a beloved, problematic character 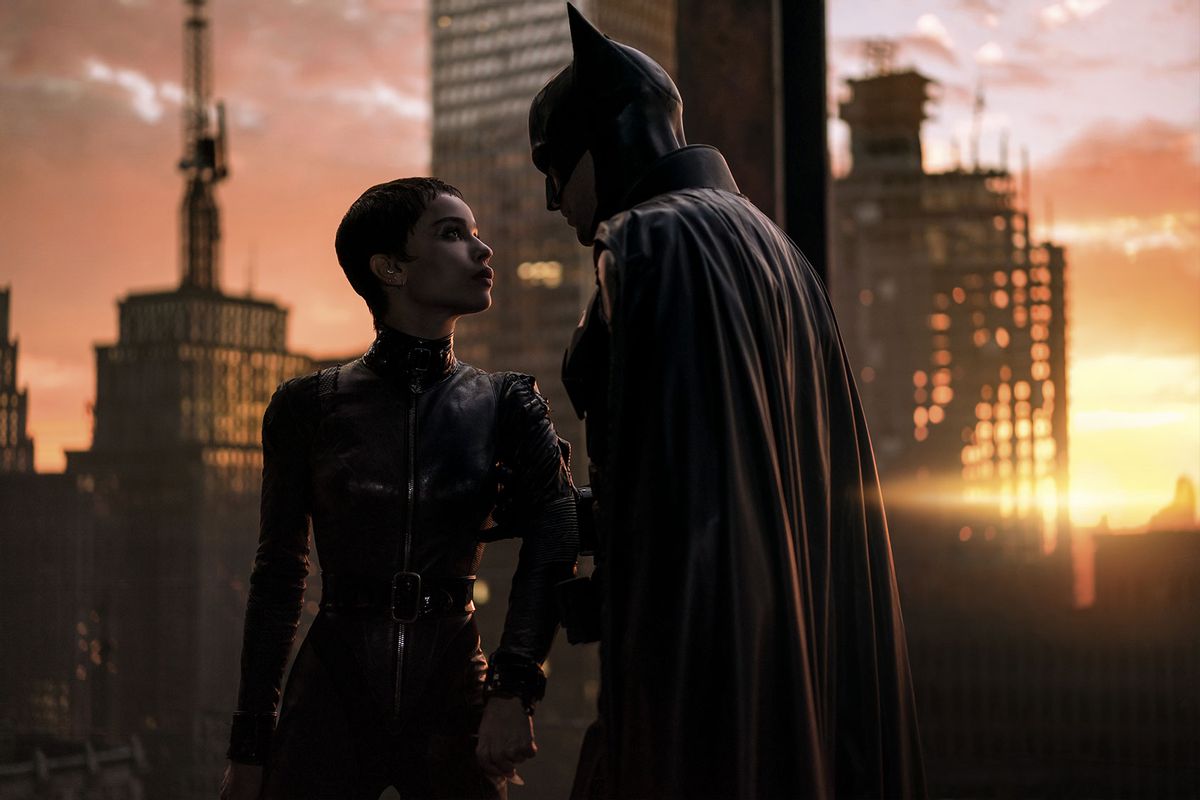 There's a lot resting on your shoulders (and your pointed ears) when you're Catwoman.

For one, there is the legacy. First appearing in print in the 1940 comic "Batman" No. 1, Catwoman, created by Bill Finger and Bob Kane, was initially known simply as "the Cat." A cat burglar adversary to Batman, the role has shifted over the years to love interest and love interest/adversary. Whoever steps in Catwoman's high-heeled boots must walk that line between sexy and scary, bad and beloved.

Whoever steps in Catwoman's high-heeled boots must walk that line between sexy and scary, bad and beloved.

Julie Newmar originally portrayed Catwoman on the small screen in the 1960s "Batman" series, and Lee Meriwether first played the character on the big screen. The character has also been dramatized in animation.

The latest actor to take on the cat mantle is Zoe Kravitz, appearing in the 2022 film "The Batman." Kravitz previously voiced Catwoman in "The LEGO Batman Movie." Catwoman, alias Selina Kyle, is a fan favorite-role with leather costumes and acrobatic fight scenes. But it's not without its scratches.

In "The Batman," a Matt Reeves-directed reboot of the franchise, billionaire Bruce Wayne in disguise as the vigilante who will become Batman (Robert Pattinson), works with the Gotham City police department to investigate a series of murders of high-profile men who seem to be connected to corruption. Clues on the murder scenes include cards addressed to the Batman, which are cryptic messages from a figure known as the Riddler (Paul Dano).

Catwoman first enters the story as Selina, a cocktail waitress, who happens to be living with a mysterious woman Batman has noticed in photos of the city mayor, shortly before his murder.

In casting Kravitz, "The Batman" continues a tradition of Catwoman being played by a woman of color. One of the most famous Catwomen was Eartha Kitt, who took over the role from Newmar on the '60s "Batman" TV show. Though Kitt was stunning as Catwoman, her casting, as described in the book "Wonder Woman: 80 Years Later" was "slightly self-congratulatory" – and slightly fetishizing at the time. Producer Charles Fitzsimons called casting a Black woman as Catwoman: "a very provocative idea … [Kitt] had a cat-like style. Her eyes were cat-like and her singing was like a meow. This came as a wonderful off-beat idea to do it with a black woman."

Though Kitt's Catwoman was portrayed as very sexual, because it was the 1960s, there could be no real relationship without risking public outrage between Catwoman, a Black woman, and Batman, a white man, on the show (that job fell to Batgirl). The 2022 Batman film doesn't have that problem, though the sparks between Batman and Catwoman simply fizzle, faint as if extinguished by the constantly falling rain.

"The Batman" also continues the thread of Catwoman being kinda bad, kinda dangerous to know, but with a heart of gold. She's not simply a burglar. The guys she robs are bad guys and she has a personal reason for stealing money: It's owed to her. 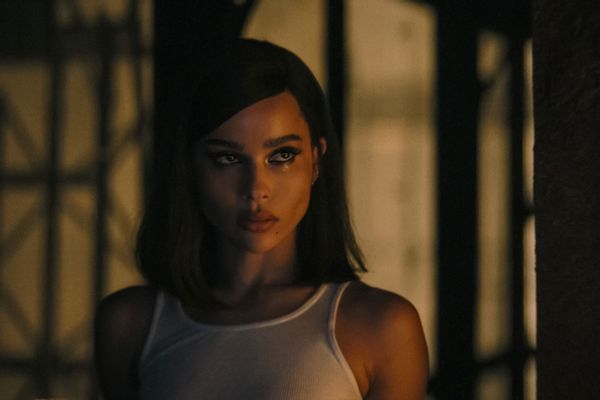 Zoe Kravitz ﻿ in "The Batman" (Warner Bros. Pictures)What's new about this portrayal of Catwoman? Kravitz said in interviews her character is bisexual

"The Batman" wants to have its bisexual cake and eat it too (without offending anyone).

(which is true in the comics). The only real nods to this in the film are a couple of times when Catwoman refers to the woman she lives with as "baby." But all other times, she and the other characters call her Selina's "friend" and "roommate." And when violence befalls the woman, Catwoman's reaction seems muted, at best, not the devastation you'd feel about a lover. "The Batman" wants to have its bisexual cake and eat it too (without offending anyone).

Having a bisexual sheen is another way to make the character seem sexily dangerous. That's one of the stereotypes of bisexuality, especially a bisexual woman: shiftlessness, trickiness. It's troubling that traits of untrustworthiness and animalistic sexuality continue to be assigned to a woman character of color.

My movie-going companion, who is a man, pointed out that Catwoman in "The Batman" feels like a female role written by men (it was). Her power comes from her sexuality and from her damage. She cries prettily. She wears very tight leather. She heads to the secret basement club-within-a-club. And naturally, like all damaged, sexy "cool girls," she has Daddy issues.

A screenwriter friend said that "The Batman" reminded him, not in a positive way, of "Se7en." It recalls "Dick Tracy" too in the "mob moll," which is, on one level, a lot of what Catwoman is.

She's a gangster's girl, athletic, sullen and not much else.

She's a gangster's girl, athletic, sullen and not much else. Kravitz does the best she can with a role as shallow as a bowl of milk left out for the cats. She needs more — a desire, an actual motive, a hobby? As Mashable wrote, "Kravitz's natural charisma is suffocated in a role that asks her chiefly to sneer and hip swivel while wearing leather."

"The Batman" minimizes the actual cats swirling around Catwoman's ankles, which is probably a good thing (no one could out-cat Michelle Pfeiffer's Catwoman). She tells Batman she likes strays, and there's a cute, brief moment of a calico placed in a motorcycle saddlebag. But overall, it's more the suggestion of cats than the actual creatures.

Sadly, Catwoman is also more of a suggestion of a character than a fleshed-out one. With a whole bunch of history and beloved fans behind her, some movies need to give this cat more of a reason to pounce.