Fred Pearce, author of a new book on forests, questions whether mass tree planting can really save Earth 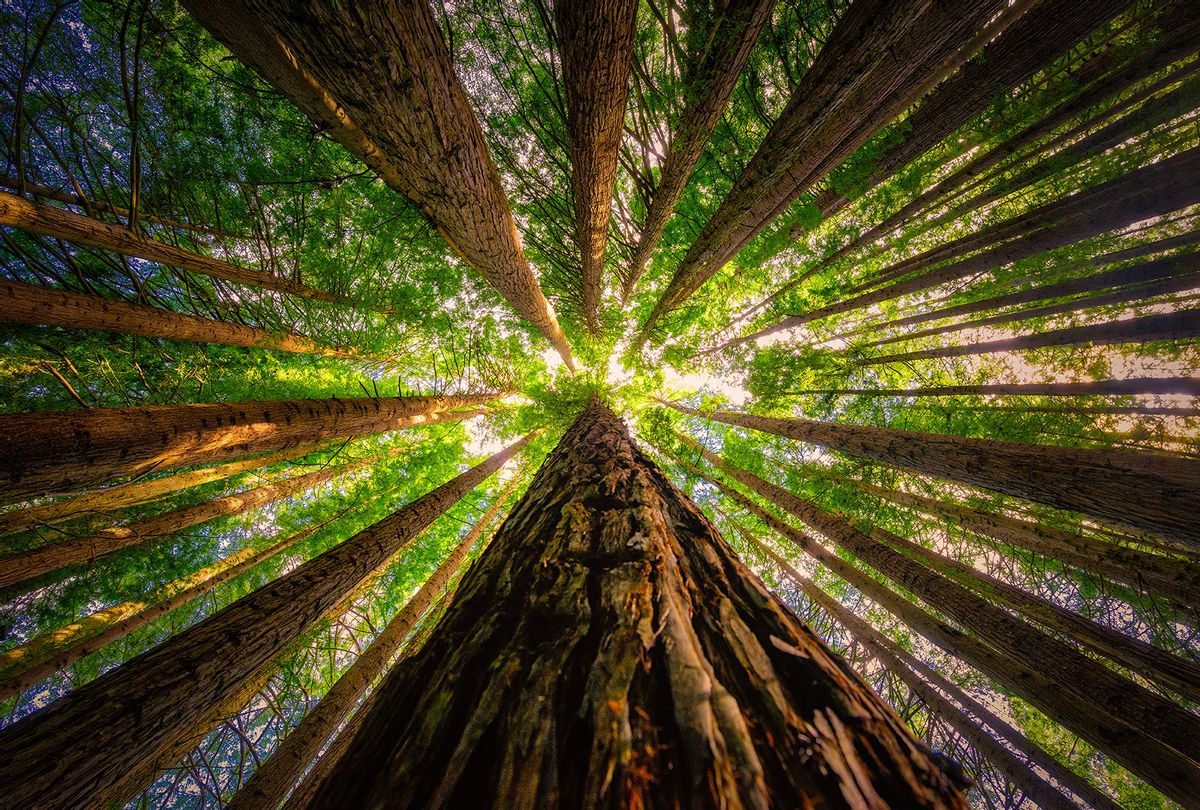 The term "trillion trees" has recently entered the public lexicon — a political shorthand for the policy proposal to literally plant 1 trillion trees across the planet to solve climate change. While this seemingly audacious idea has some sincere proponents, English science writer and environmentalist Fred Pearce isn't sold. Certainly, Pearce isn't anti-tree; quite the opposite, as his new book, "A Trillion Trees: Restoring Our Forests by Trusting in Nature," is a wondrous guide through the world's many magnificent forests, from Nigeria to Ecuador.

As Pearce reviews humanity's history of interacting with these natural resources, Pearce argues for nuance in the way we understand forests. First, the way we imagine it now, he argues, is just not accurate — and neither is the notion that planting a trillion trees should be anything other than a last resort.

RELATED: A proposal to plant a trillion trees to save us from climate change may not be realistic. Here's why

"We simply have to recognize that our history of human occupation of the landscape is much more complex than we sometimes like to think," Pearce told Salon. Likewise, Pearce stresses that the natural environment wasn't a blank slate prior to colonization: "Environmentalists tend to think that history started when the Industrial Revolution happened, or if you're in the America that it happened when Columbus arrived, and nothing much happened before that or there was some sort of perfect state. Things are much more complex," he added.

Yet Pearce is not arguing that that the environment can not be restored through human intervention. Pearce tells stories of precisely that happening, such as when Pennsylvania was dangerously close to losing its wild forests in the late 19th century until conservationists (and later the New Deal) intervened to save the day. At the same time, Pearce notes that wherever farmers, loggers and other landowners throughout the world have simply stepped back, nature has often restored wild forests on its own.

"Forests can and will regrow," Pearce explained. "They have great powers of restoration."

This is not the only misconception about forests that Pearce attempts to clear up. Speaking to the fellow nature-lovers who he clearly anticipates will be a large part of the audience for this book, Pearce points out that advocates of forest restoration will focus on how trees can help with climate change in terms of carbon emissions. Because the planet is warming due to greenhouse gases being emitted into the atmosphere, and trees absorb up carbon dioxide (which is one of those gases), the assumption is that they can help offset climate change. Yet even if it was logistically feasible to plant as many trees as necessary for that plan to work, trees simply have more intrinsic value than that.

"In many ways we tend to think about forests in climate in terms of carbon; now everybody is measuring carbon and conserving carbon and everything goes through this carbon prism, but forests have much more wide ranging impacts on climate both locally and globally," Pearce told Salon. He noted that forests are major recyclers of rain, as evidenced by a brief survey of world geography: South America's Amazon forest is at least as wet and sometimes even wetter than its coasts because the continent's coastal regions have forests, while if you go to continents where there aren't forests on the coast, the central areas quickly become arid and desert regions.

"It's quite clear, and there's been good research done into this, that rainfall downwind of forests globally is at least twice that of downwind of land which is not forest," Pearce explained. "So forests are clearly major generators of rainfall."

Pearce also notes in his book that forest restoration, when most effective, is managed on a local level rather than through imposition from impersonal, larger entities. He points to indigenous communities that have managed to maintain low levels of deforestation that outpace even nature reserves.

"Planting is not best; natural restoration is in most places going to be the most effective," Pearce writes. "And also the cheapest, I might say, when it comes to bringing forests back to the planet. Natural restoration will also result in more by diverse forests, which will probably contain more carbon at the end of the day as well. But also I do want to stress local management. I'm not bring in favor of conservation that moves in and tries to take over land on behalf of nature."

Pearce is not the first scientist to express skepticism at the effectiveness of the trillion-trees proposal. Speaking by email to Salon last year, Stanford University climate scientist Chris Field explained that "the really important question to ask is how many trees can be grown to maturity. Planting billions of seedlings is easy. Caring for those tress as they grow, confront droughts, insects, wildfires, and logging is much more challenging."

"A Trillion Trees" essentially echoes that view, repeatedly insisting that societies which have pragmatic relationships with forests — not going out of their way to create them through planting, but also being mindful of sustainability issues — generally have the best long-term results when it comes to saving forests.

"It seems to me that if you like ecological virtue and environmental justice, if I can use that phrase, go together remarkably well," Pearce put it. "So I'm anxious to put together the ideas of natural restoration and of local management and incidentally, I don't think there's contradiction between the two, because all we're doing essentially is going back to some of the old ideas of the old wisdoms about sensibly managing forests."