Are we looking for extraterrestrial intelligence all wrong?

A shift is happening in astronomy, in which scientists are looking more seriously for alien technology signals 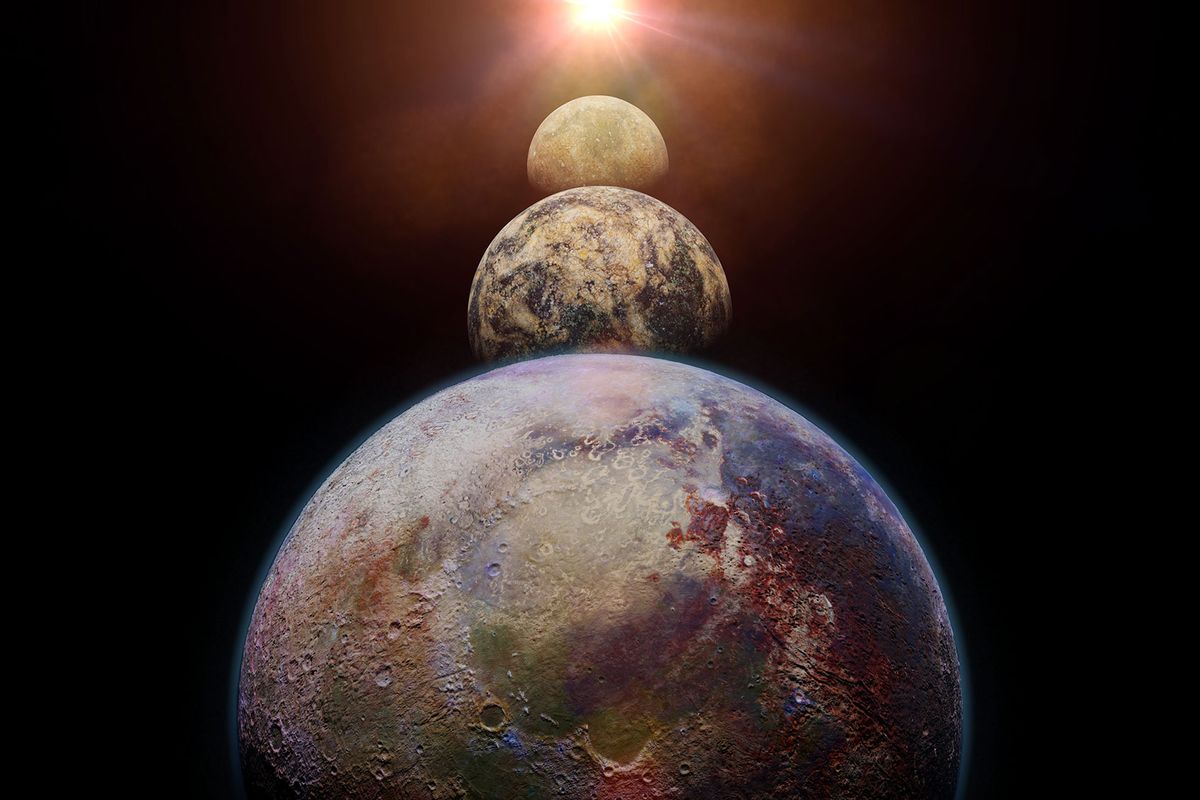 For the last couple of decades, astronomers and astrophysicists have generally searched for extraterrestrial life by looking for biosignatures — such as water, oxygen or chlorophyll — on other planets. That seems like a sound strategy in general; after all, life has existed on Earth for around 3.7 billion years, while industrial civilization has only existed for 200.

But now, some astronomers think perhaps we have been searching for alien life by following the wrong clues. The reason has to do with the power of our telescopes, and the fact that the signals from technologically advanced civilizations may be much easier to detect than the traces of unsophisticated biological life.

Indeed, if a biosignature on another plant in the universe were detected, it would be rather difficult to know the nature of the life — merely that it exists. Most likely, such biosignatures would suggest that microbial life or bacteria exists elsewhere, not necessarily an advanced civilization of other beings.

Hence, there's a subtle but real philosophical transformation happening in astronomy, where the idea of searching for life via technosignatures — such as radio waves, industrial pollution, light pollution, or anything that would suggest advanced technology is being used — is becoming more prominent. Perhaps the search for technosignatures may become the more common way to search for extraterrestrial life in the near future.

"I think we are seeing a shift," said Jason Wright, a professor of astronomy and astrophysics at Penn State University. "I think NASA has shown a real willingness to bring technosignatures in as part of astrobiology and the search for life in the universe, Congress' mood has shifted, and NASA can see the writing on the wall, and so it has been opening up its grants programs, and our colleagues in the field are listening to us."

"It has been appreciated for decades in the SETI community that technosignatures could be more abundant, longer-lived, more detectable, and less ambiguous than biosignatures."

Wright is the co-author of a paper titled "The Case for Technosignatures: Why They May Be Abundant, Long-lived, Highly Detectable, and Unambiguous," published in The Astrophysical Journal Letters earlier this year. The paper argues for and against the search for extraterrestrial life via techosigantures, but ultimately lands a very logical conclusion to support investments in such a search:  Technosignatures "can spread among the stars to many sites, it can be more easily detected at large distances, and it can produce signs that are unambiguously technological," the authors state.

Specifically, the paper questions the role of the Drake equation, which is used by astronomers to calculate the odds of finding intelligent life in the Milky Way. The equation was first proposed by astronomer Frank Drake in 1961. Since many variables in the equation remain unknown, estimates have widely varied over the years. But it's mostly been used to justify the search for biosignatures when looking for alien life.

"The intuition suggested by the Drake equation implies that technology should be less prevalent than biology in the galaxy," the paper states. "However, it has been appreciated for decades in the SETI community that technosignatures could be more abundant, longer-lived, more detectable, and less ambiguous than biosignatures."

Wright explained to Salon that the Drake equation is "heuristic," and not necessarily an equation that is meant to be solved. In other words, it's a way of thinking about the problem that needs to be solved. Keeping that in mind, while the Drake equation suggests that technosignatures are rare, that may not be entirely true now that scientists are aware of more facts about the universe.

"We should seek evidence-based knowledge without being boxed by our egos, emotions or national security traps; for example, the likelihood of us finding extraterrestrial technological objects depends on us willing to look for them and not just on whether the extraterrestrials had sent them."

"This paper was our attempt in a modern context of astrobiology to put all those arguments back together; now that we know how many planets there are in the galaxy, and now that we have a good sense of how we're going to look for biosignatures, [we'll] present the modern version of that argument to our other astrobiology colleagues," Wright said.

Avi Loeb, the former chair of the astronomy department at Harvard University, told Salon via email that he sees the future of the search for life in the universe to rely on looking for both technosignatures and biosignatures.

"There are good philosophical reasons for both sides of the argument," Loeb said. "We should seek evidence-based knowledge without being boxed by our egos, emotions or national security traps; for example, the likelihood of us finding extraterrestrial technological objects depends on us willing to look for them and not just on whether the extraterrestrials had sent them."

Loeb added that more investments need to be made in the search for extraterrestrials, and investors shouldn't be afraid to invest in projects that might seem a little out there — like looking for an extraterrestrial civilization's technology.

"We invest major funds in the search for the nature of dark matter that has minimal impact on our society, but minimal funds on the scientific study of interstellar objects which could be much more impactful," Loeb said. "As a result, the lack of 'extraordinary evidence' is often self-inflicted ignorance."

As Salon previously reported, some scientists have proposed that the powerful James Webb Space Telescope (JWST) could observe atmospheric pollution in an alien civilization's sky, in addition to searching for biosignatures on exoplanets.

"Atmospheric pollution is one unique hallmark of industry that does not occur from other forms of biology on Earth, so finding such pollution in an exoplanet atmosphere would be compelling evidence that the planet has technology," astrobiologist Jacob Haqq Misra previously told Salon. "Many of these searches can be done at the same time as searches for biosignatures, so it is worth keeping the possibility of technosignatures in mind as we attempt to understand exoplanet atmospheres."