The Mona Lisa was attacked again ... this time with a slice of cake

A man, who's since been arrested, created an elaborate disguise in order to get close enough to the masterpiece 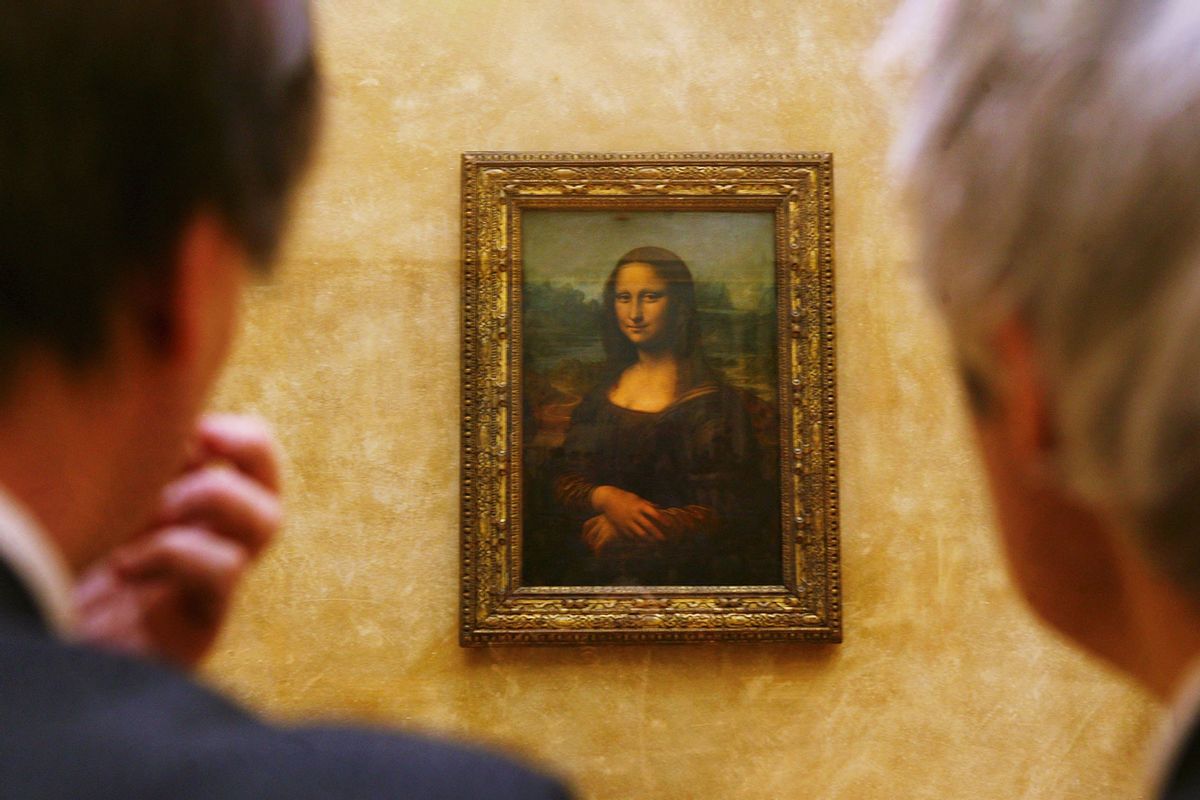 The Mona Lisa, which is on permanent display at the Louvre Museum in Paris, was adorned with a slice of cake in what appears to have been a climate stunt that took place over the weekend.

On Sunday, an unnamed man — who reportedly wore a wig and posed as an elderly woman — went up to the painting in a wheelchair before throwing a piece of cake at the artwork, smearing its outer glass protection, per a statement from the Louvre.

"A visitor simulated a disability in order to use a wheelchair to approach the work, which was installed in a secure display case. The Louvre applied its usual procedures for people with reduced mobility, allowing them to admire this major work of art," the art museum disclosed, per CNN.

"While standing near the painting, this individual threw a pastry he had hidden in his personal belongings at the Mona Lisa's glass case. This act had no effect on the painting, which was not damaged in any way."

Video footage shared on social media details the aftermath of the incident, showcasing security guards escorting the man out of the Louvre as he explained the reason behind his act of vandalism.

Another video shows a staff member cleaning up smudges of cake left behind at the scene of the crime.

The 36-year-old vandal was later arrested and sent to a psychiatric infirmary, CNN reported. The Paris prosecutor's office has initiated an investigation for "the attempt of damaging a cultural property," and the Louvre has also filed a complaint following the incident.

The Mona Lisa was painted by Leonardo da Vinci between 1503 and 1519 and is approximately 2.5 feet tall and under 2 feet wide. The portrait painting is housed in the Louvre's largest room and to this day, continues to attract millions of visitors yearly.

According to the art museum's official website, the painting has been attacked multiple times in the past. On August 21, 1911, the Mona Lisa was stolen by an artist and former Louvre employee — later identified as Vincenzo Peruggia — who tried to sell the painting to an Italian art dealer. During the 1950s, the painting was damaged in an acid attack, which prompted the museum to encase it in bulletproof glass. And in 2009, a Russian woman, who was denied French citizenship, took her anger out on the painting by throwing a ceramic cup.