When a royal child misbehaves, a mother is blamed. She shouldn't be

He's 4. His mom did her best and his dad did very little. In that sense, royals are just like most of us, indeed 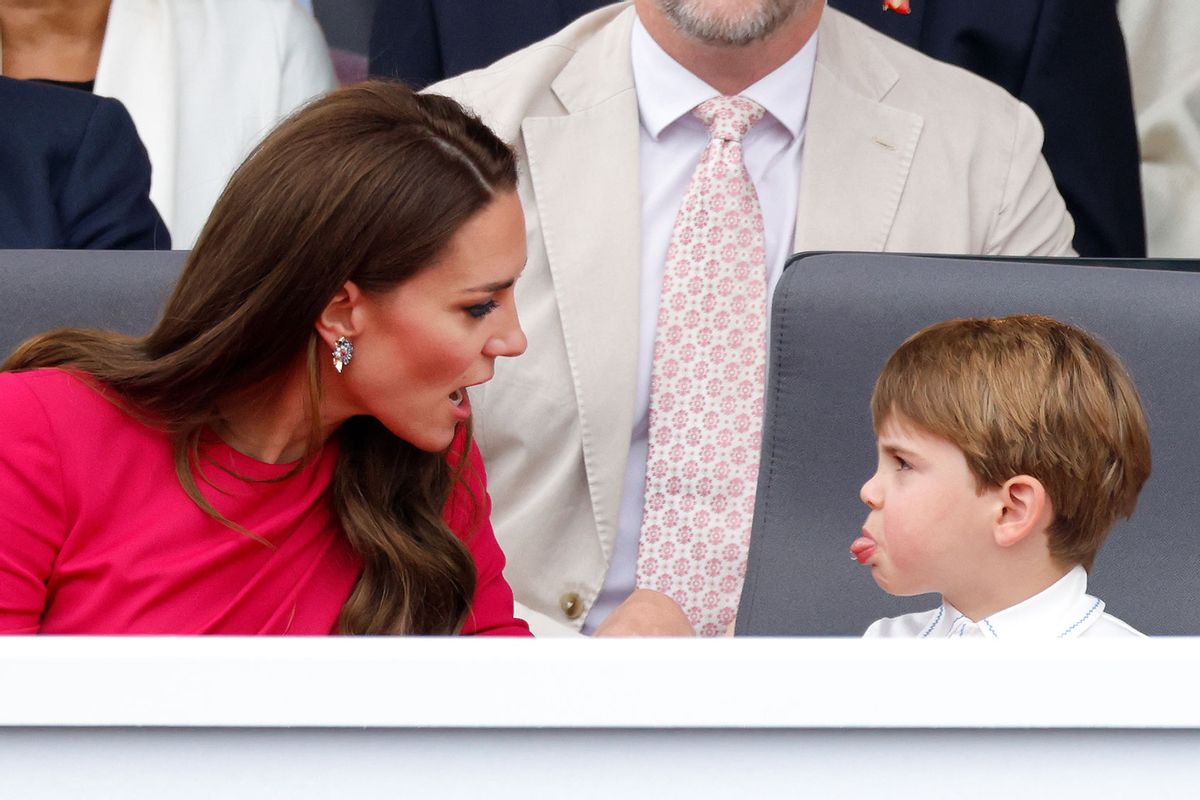 Prince Louis of Cambridge sticks his tongue out at his mother Catherine, Duchess of Cambridge as they attend the Platinum Pageant on The Mall on June 5, 2022 in London, England. (Max Mumby/Indigo/Getty Images)
--

One star shone brightly at the Queen's Platinum Jubilee, an extended weekend of parades, church services, a derby, a pageant and pomp and circumstance marking Her Majesty The Queen's 70 years of service. The Queen herself did not attend the weekend festivities (though people waved gamely at a hologram in a gilded carriage, in an attraction that could give Disney World a run for its money). The palace ascribed the absence of the elderly monarch, who survived COVID earlier this year, to "episodic mobility issues."

But one tiny royal rose inadvertently to fill the void, all eyes trailed upon him and his uninhibited antics. Prince Louis, the youngest son and third child of Prince William and Kate Middleton, had had enough at both Trooping the Color and the Platinum Jubilee Pageant.

His behavior, documented in press photo after press photo as he had prime, front-row seats, attracted the immediate attention of the internet and launched a thousand gifs (and quick criticism). So what? He's 4. His mom did her best and his dad did very little. In that sense, royals are just like most of us, indeed.

RELATED: "Never offer the Queen an ultimatum": Why it's good to be Queen, but no one else in the royal family

From dancing animatedly to not looking where he was "supposed to" look to making faces (including at his mom) to pulling his cousin's hair, welcome to several hours with a small child! Sitting still is not what 4-year-olds are known for, especially for an adult event that seemed, to be honest, quite boring. Long. And loud.

Louis put his hands over his ears when the big crowd roared, tried to wave excitedly at the onlookers before his big sister admonished him. What's a little prince to do?

Reactions from the ever-judgy internet ranged from shock to grudging admiration to cheers to diagnoses from armchair experts, suggesting Louis' behavoir might indicate he was on the autism spectrum. Two responses to that: one, that's not something a person can decide from television. And two, so what?

No child could or should endure that much pageantry for that long, but a different standard is applied to the royals. They're supposed to be better than the rest of us. That applies to the children as well, who are, for all purposes, not really supposed to be children at all but instead, little dignified miniatures of their dignified parents. See: Louis dressed in the same pint-size sailor suit his dad Prince William wore nearly 40 years ago when he was a child. Royal children apparently exist in some kind of ageless, fashion-less vacuum, like Victorian ghosts.

As Tina Brown, author of "The Palace Papers," said in an interview with Salon, those royals who are not the queen, "have to be perfect all the time without the rewards," describing them as mere "scaffolding." They're not supposed to be human.

And what is more human than a child acting out? 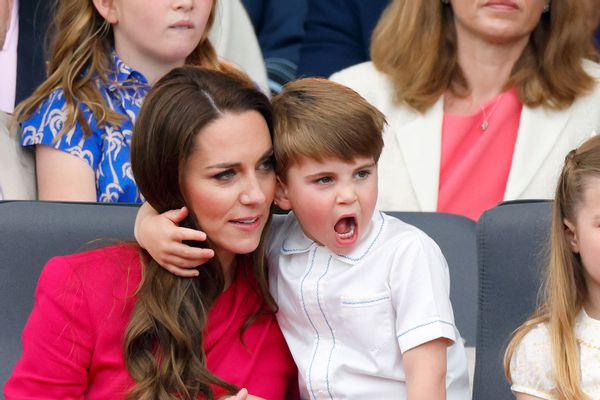 Catherine, Duchess of Cambridge and Prince Louis of Cambridge attend the Platinum Pageant on The Mall on June 5, 2022 in London, England. (Max Mumby/Indigo/Getty Images)

I'm not sure what toddler respects anything except chaos.

As is often the case, criticism of a child is really criticism about his mother. Social media critics were swift to heap blame upon Kate: "Louis is spoilt by his mother & she lets him get away with poor behavior or he wouldn't be doing this," one person Tweeted while another blamed Kate's "relying on the nanny too much."

Another Tweeted that Louis "doesn't respect Kate." (I'm not sure what toddler respects anything except chaos and sugar, but OK).

The double standard keeps doubling. If "perfect" Kate has been criticized on social media and some press about her child's behavior, imagine what would have happened to Meghan Markle, a mother of color long a favorite target of vehemently racist press.

It's not like Kate had the resources of most contemporary parents at her disposal. She couldn't pull out her phone or an iPad, let her child wear noise-cancelling headphones, or even give him a snack from her purse or take him out for a walk around the block. Not with all the eyes of the world on her. (See: royals expected to be inhuman; does this include not ever being hangry?)

They aren't robots, even royals, and you can't control them.

Louis' dad, Prince William, barely intervened, holding the child on his lap briefly. If any royal should be receiving criticism, perhaps it's him and his mostly hands-off, seated far away from his youngest child approach while Kate managed the bulk of the hours-long (and days-long) ordeal. Some points must go to Prince Charles. While not historically known as a nurturer, grandfatherhood is sometimes different than fatherhood. Louis went confidentially down the aisle to sit on his grandfather's lap for an extended period, and Charles seemed at ease and adept at soothing the boy.

At several points, Louis stuck his tongue out at his mom. He also put his hand over her mouth, presumably to get her to stop lecturing him. That's happened to me. I'm sure it's happened to most moms I know. And yes, it's embarrassing when your child misbehaves in public, especially when they lash out at you. But it's part of it, part of raising a child. They're not going to act the way you or other people want them to all the time. They aren't robots, even royals, and you can't control them.

One of the side effects of parenthood for me? I realized sharply how hard it is for everyone else, especially mothers who are usually blamed for all of it. The bawling infant as pressure changes on an airplane, the exhausted child who's not enjoying a performance, the toddler forced to wait for hours at the doctor's office or the grocery store or in line or in a waiting room anywhere — these children deserve our empathy. Their moms do too.