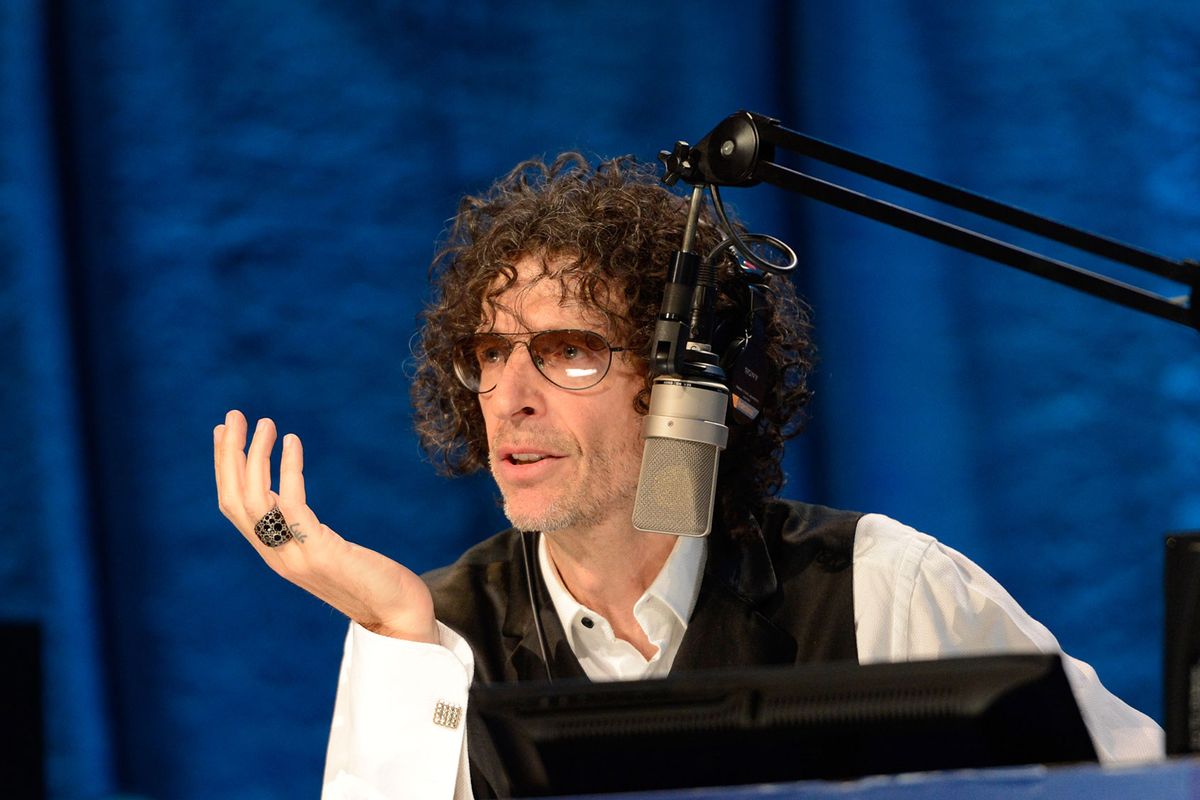 The fallout from the Supreme Court overruling Roe v. Wade, the landmark decision which ensures the right to safe and legal abortion, continues in ways both large and small. Shock jock Howard Stern casually declared a possible presidency run on his show on Monday, in a reaction to the ruling.

In the first time the SiriusXM host has commented publicly on the Supreme Court's decision, Stern criticized the Justices harshly, describing Justice Clarence Thomas as "like Darth Vader" and stating: "As soon as I become president, you're gonna get five new Supreme Court justices that are going to overturn all this bullshit."

RELATED: Howard Stern slams Justices overturning Roe: "They can raise those babies that they want"

Stern strongly opposes the reversal made by the Supreme Court on June 24 (after a draft of the decision was leaked in early May), listing on his show some of the reasons a person might seek an abortion: "A lot of times women are raped. A lot of times contraception doesn't work. And then there's even a more confusing state where a man and a woman want to have a baby, and all of a sudden, things go medically wrong."

Along with being vocal about almost everything else, Stern has long been outspoken regarding politics. In 2020, Stern said on his SiriusXM show that the Republican party had lost his vote forever due to supporting Donald Trump's attempts to overturn the 2020 election results. "They want to have a win even if it means the end of our Democracy. It's so scary." In 1994, Stern did run for governor of New York (as a libertarian) but decided to drop out of the race when the New York Supreme Court required he disclose his personal finances.

Last year, Stern floated the idea of his running for president again in response to anti-vaxxers who refused to get vaccinated against COVID. "I don't feel good about what's going on in my country. I might have to run just to clean this f**king mess up," he said on his show. Earlier in the year, Stern said if Trump launched a 2024 run for the presidency, Stern would "beat his ass . . . There's no way I'd lose."

Trump has not yet publicly announced a new run, but if Stern were to seriously throw his hat into the presidential ring and win, he certainly wouldn't be the first celebrity to become president. Along with reality show host and "Home Alone 2" performer Trump, Ronald Regan's first career was as a radio announcer turned Hollywood movie star.

Stern, who also judges "America's Got Talent," was contemplative on his show about running for president, saying "I'm not afraid to do it." Along with appointing new Supreme Court Justices, he said, if elected, he would do away with the Electoral College: "one vote, one person. No more Electoral College. I'm getting rid of it . . . The only agenda I would have is to make the country fair again."