Stevie Nicks' abortion and the freedom to choose you

Nicks said Fleetwood Mac would not exist without her abortion, in a country where only men can choose themselves 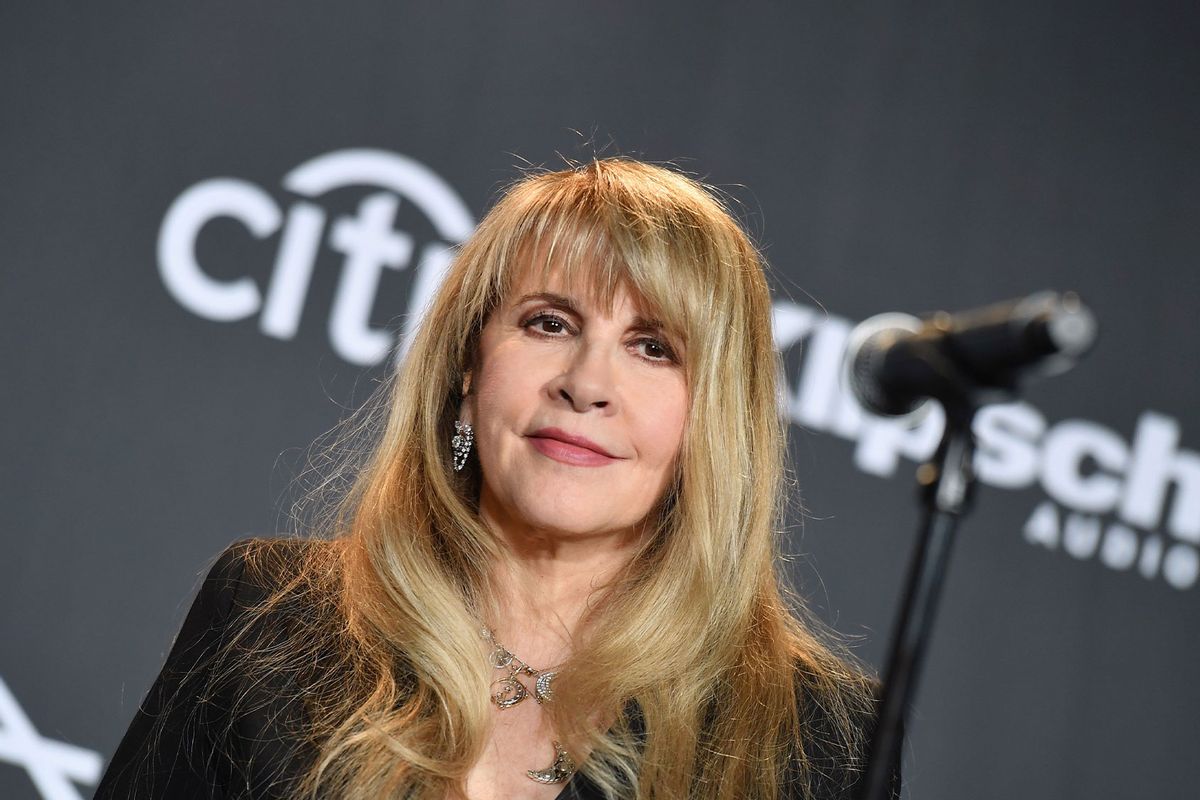 Stevie Nicks poses in the press room during the 2019 Rock & Roll Hall Of Fame Induction Ceremony at Barclays Center on March 29, 2019 in New York City. (ANGELA WEISS/AFP via Getty Images)
--

The weekend after the Supreme Court, in a drastic reversal, upended Roe v. Wade, taking away the right to a safe and legal abortion, a post appeared on the Instagram feed of my favorite neighborhood brewery. One of the co-founders and owners of the small business said the brewery, still a rarity as a woman-owned entity, was able to exist because she had had an abortion at 15. "I chose me," she wrote.

The post echoed something music superstar Stevie Nicks said in a 2020 interview with The Guardian, an interview that is now gaining traction again in the wake of the reversal. Nicks said that she had had an abortion in 1979, six years after Roe v. Wade became law, and that "If I had not had that abortion, I'm pretty sure there would have been no Fleetwood Mac."

Roe v. Wade fell just days before Independence Day. America has always prided itself on being the land of opportunity, where the America dream is to make something of yourself. But those opportunities have never extended to everyone. It's a self-made man, not a self-made anybody else. When cisgender men choose themselves, they are considered go-getters, enterprising and driven, an inspiration. When people of other genders do, they are pariahs, selfish, even if their decisions make great things possible or save lives, including their own.

RELATED: Stevie Nicks on her life in isolation: "We have to believe"

In 1979, Nicks was in her early 30s and dating the Eagles musician Don Henley. Henley had commented on Nicks' abortion briefly in 1991 article in GQ: "I believe to the best of my knowledge she became pregnant by me." Henley also attributed Nicks' song "Sara," a 1979 single, to "the spirit of the aborted baby." But Nicks herself said the song she wrote was partially inspired by a good friend of hers named Sara who dated Mick Fleetwood, Nicks' bandmate, shortly after or possibly while Nicks was dating him; Sara ended up marrying him. In a 2014 interview, Nicks addressed the rumors of the song's title: "Had I married Don and had that baby, and had she been a girl, I would have named her Sara . . . It's accurate, but not the entirety of it."

But Nicks did not marry Henley. Henley dated a Bond girl after her, and in 1980 was charged with delinquency of a minor after paramedics called to his home discovered a naked 16-year-old girl and a 15-year-old under the influence of drugs. He pled no contest and was sentenced to probation. Henley later married Sharon Summerall, to whom he is still married today, and the couple have three children. But that was 20 years after Nicks.

The late '70s were tumultuous for Nicks too. She was coming off a massive tour with Fleetwood Mac for "Rumors" and she and Lindsey Buckingham were recording their third album with the band. In October of 1979, "Tusk" was released and the band went on a world tour with hardly a break. At the time, Nicks also sang backup on every track of a Walter Egan album and wrote and recorded demos for her own solo project, which would become 1981's "Bella Donna."

Nicks said in The Guardian interview: "There's just no way that I could have had a child then, working as hard as we worked constantly . . . And I knew that the music we were going to bring to the world was going to heal so many people's hearts and make people so happy. And I thought: You know what? That's really important." Nicks spoke to the fact that at the time, in the late '70s, there wasn't "another band in the world that has two lead women singers, two lead women writers."

These stories illustrate how disruptive a birth, especially a forced birth, can be to the person birthing — and not usually to the one impregnating.

Musician Phoebe Bridgers shared that she had an abortion in October 2021 when she was in the midst of a tour. Actor Ashley Judd has gone public with the fact she had an abortion after becoming pregnant due to rape, as have multiple celebrities including model Ireland Baldwin. When actor Uma Thurman shared the story of her abortion, after being impregnated by a much older man when she was a teenager, she wrote: "Choosing not to keep that early pregnancy allowed me to grow up and become the mother I wanted and needed to be."

No one needs to provide a reason to have an abortion, other than the fact they want an abortion. But these stories illustrate how disruptive a birth, especially a forced birth, can be to the person birthing — and not usually to the one impregnating. Would the Eagles still exist if Stevie Nicks had not had an abortion? It seems likely. Men rarely talk about careers, art, or personal advancements made possible because of abortion, and maybe they should. Or, maybe they should speak up about the lack of sacrifices they have to make and why that is.

As she said about the composing of her song, "Storm": "I sat at my piano, a feminist woman, and I wrote it."

Nicks' abortion was not only to facilitate the making of music, but because she realized having a child in her current circumstances was irresponsible. She spoke in the 2020 interview about "a lot of drugs," admitting she herself was doing them at the time, not to mention everyone around her. The decision to have an abortion was made partially looking out for others. And yet, it's presented as selfish. It is not selfish when a man chooses himself, as they do all the time in order to live their lives, simply be alive, have their careers and make the right decisions for their futures. Why does only one gender get to have a future? Why does only one gender get to have a say, to have the right to make something of themselves?

When news of the Supreme Court's upheaval reached her, Nicks released a statement on social media, directing fans to the HBO pre-Roe v. Wade documentary "The Janes," and writing: "History is repeating itself . . . and its [sic] even more frightening this time."

In the 2020 interview, Nicks said it was her "world's mission" to make music to help people. She still does, generations of people, and by her very standing up on stage, performing and writing her own songs at a time when mostly only men were allowed to do so, she continues to inspire. As she said about the composing of her song, "Storm": "I sat at my piano, a feminist woman, and I wrote it . . . Freedom."