Weedkiller chemical glyphosate is found in 80 percent of Americans' urine 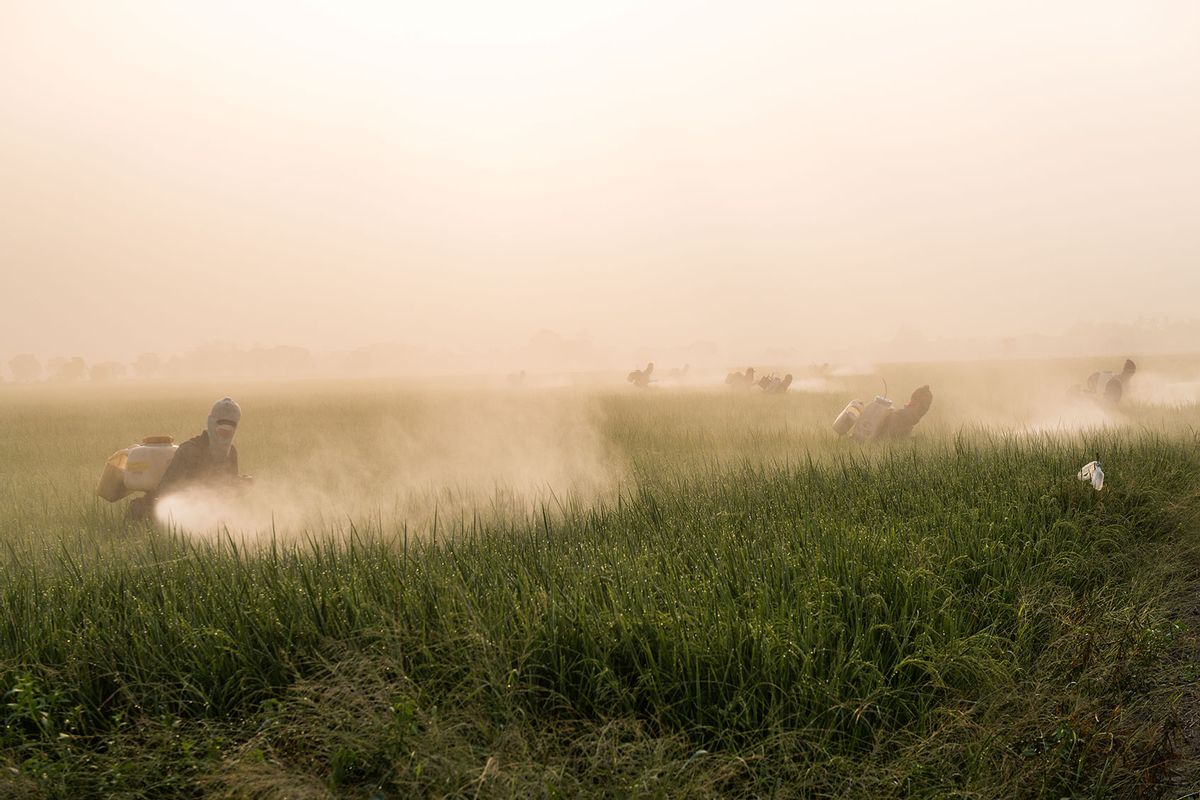 RoundUp, Monsanto's brand name for one of the most popular weedkillers in the world, isn't supposed to be applied to humans. Yet because of its ubiquity in landscaping and agriculture, glyphosate, the active ingredient in RoundUp and other comparable pesticides, has escaped the bounds of pests and entered the bodies of the vast majority of Americans.

That's according to a new study by the Centers for Disease Control and Prevention (CDC), which found that 80 percent of Americans have glyphosate in their urine.

The health consequences of this situation are unknown, though many scientists insist glyphosate is linked to cancer and other health issues. The World Health Organization's International Agency for Research on Cancer categorizes it as "probably carcinogenic" to humans. In 2020, the German pharmaceutical company Bayer was ordered to pay $10.9 billion over an estimated 95,000 cases in which plaintiffs claimed they had been exposed to glyphosate and become sick. More recently, last month the U.S. Court of Appeals for the Ninth Circuit agreed with the non-profit group Center for Food Safety that the Environmental Protection Agency (EPA) has to investigate whether the chemical is dangerous. Currently, an EPA website says the chemical is not carcinogenic.

As for the new study into the glyphosate content of Americans' urine, the CDC reached its conclusion after studying 2,310 urine samples from a group of Americans believed to be demographically representative of the total population. One-third of them were children between the ages of six and 18. Within that cohort, the scientists found that 1,885 individuals had urine laced with glyphosate.

"I expect that the realization that most of us have glyphosate in our urine will be disturbing to many people," Lianne Sheppard, study co-author and professor at the University of Washington's department of environmental and occupational health sciences, explained in a statement. Sheppard added that because of the new research, "we know that a large fraction of the population has it in urine. Many people will be thinking about whether that includes them."

Given the observed ways in which the weedkiller chemical has infiltrated so many facets of life, perhaps it is not surprising that so many people have glyphosate in their bodies. In 2019, a study by the Environmental Working Group revealed that the chemical was present in 17 of 21 oat-based cereal and snack products at levels considered unsafe for children. This was the same year when Sheppard co-authored a study linking glyphosate to higher rates of non-Hodgkin's lymphoma; another 2019 study, this time by the University of Washington, found that glyphosate exposure greatly increases the risk of cancer. In addition, the World Health Organization also studied glyphosate and determined that it "probably" causes cancer.

During his presidency, Donald Trump sided with chemical manufacturers and gutted the EPA's ability to investigate glyphosate.

Likewise, glyphosate has already been proved to cause mass deaths among essential wildlife like bees.

During his presidency, Donald Trump sided with chemical manufacturers and gutted the EPA's ability to investigate glyphosate. Last month the U.S. Court of Appeals for the Ninth Circuit determined that the Trump administration did not have the legal right to do this.

The "EPA's pesticide division, led by Jess Rowland, colluded with Monsanto [which is linked with Bayer] to undermine the [International Agency for Research on Cancer]'s determination, and as the Court found, ignored experts from EPA's own science division, the Office of Research and Development," Amy van Saun, a senior attorney with Center for Food Safety and lead counsel in the case, told Salon by email.

For more Salon articles about glyphosate: