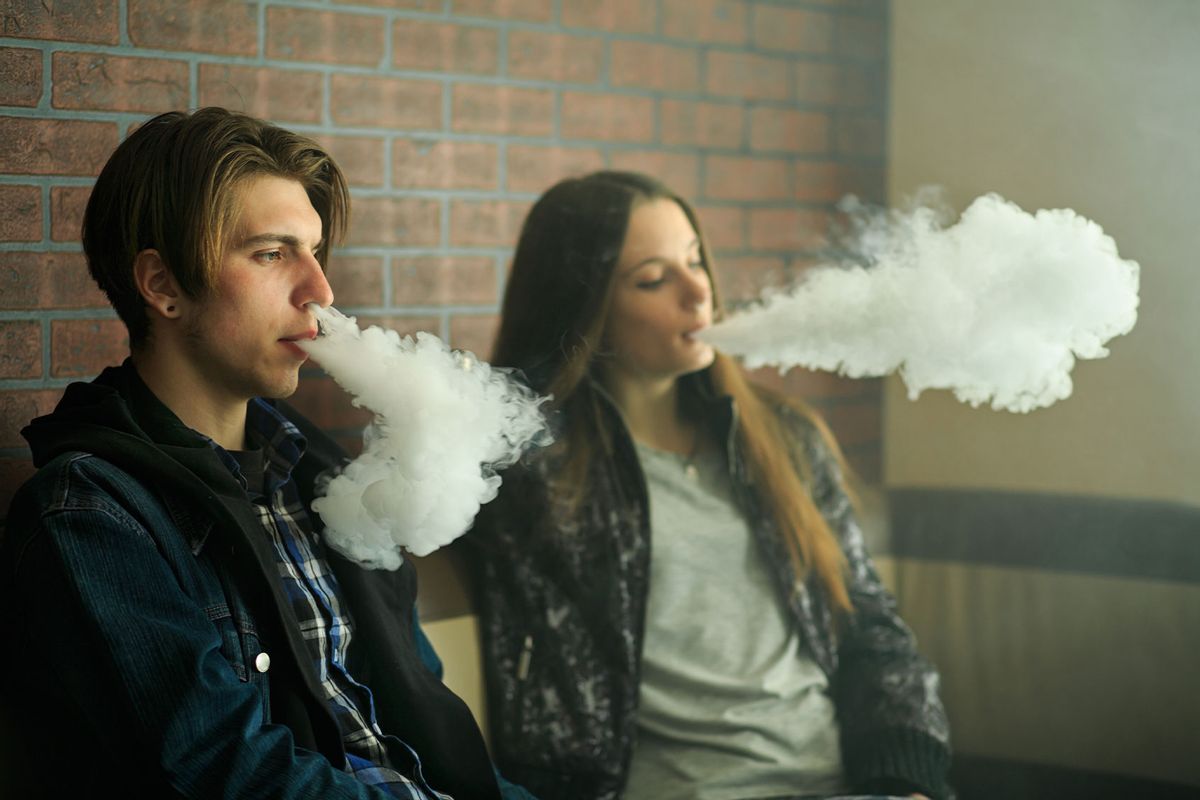 Ever since vaping overtook traditional smoking as the culturally preferred method of inhaling nicotine and marijuana, vaping proponents have vigorously challenged the claims of various health risks associated with e-cigarettes. In particular, critics have noted — and advocates have struggled to defend — the rising victim tally for EVALI, a disease with an acronym that speaks for itself: "e-cigarette or vaping product use-associated lung injury." The challenge, for health experts, has been acquiring precise biochemical information about the effect of vaping on the body.

In their study, the researchers studied how much ketene was produced from a single puff of vaping products. They focused on certain cannabinoid acetates like the Delta 8 THC acetate, which is not regulated by the FDA and is believed to make the high from vaping more potent. They discovered that ketene is formed at lower temperature settings than previously believed — and that it accumulated at levels dangerous to individual health.

And as Munger explained in a university press statement, people who use these products likely smoke them for more than a single puff.

"The thing we're most concerned about is prolonged exposure — we don't know what that is," Munger explained. "That's why papers like ours are needed. Otherwise people would be exposed to this really toxic substance and it's really impossible to look for the evidence."

The American Chemical Society describes ketene as "a colorless, toxic gas with a 'penetrating' odor," and a 2020 study from the scientific journal "Proceedings of the National Academy of Sciences of the United States of America" found that ketene "has been reported to cause severe, acute lung damage" when studied in animals. That study laid the groundwork for this one by establishing that vitamin E acetate "reacts when aerosolized with an e-cigarette to produce the highly toxic gas ketene," although the researchers added that "confirmation that [vitamin E acetate]-derived ketene is a causative agent of EVALI must await rigorous clinical investigation."

Although ketene is known to be toxic, it is so dangerous that it is difficult to directly study its effect on the human body.

"There is a current trend towards the chemical modification of legal cannabis products to create semi-synthetic cannabinoids with enhanced properties," Strongin explained to Salon by email. He pointed out that this is not inherently dangerous; some of the resulting products may not actually have elevated health risks.

"However, it would be obvious to any responsible chemist that the modification of cannabinoids to their corresponding acetates for vaping will create molecules with a substructure highly similar to that found in vitamin E acetate," Strongin pointed out. "Vitamin E acetate still remains the strongest suspect causative agent in the EVALI outbreak. Moreover, evidence was reported in 2020 that showed that vitamin E acetate released ketene emissions from a commercial e-cigarette."

Strongin concluded, "Regulators, consumers, and those in the industry interested in harm reduction, need to be made aware, unfortunately, that there are people creating predictably risky products and making them readily available."