Why trauma is cozy on "Virgin River"

At its heart, the outlandish Netflix soap opera in a sweater is about community 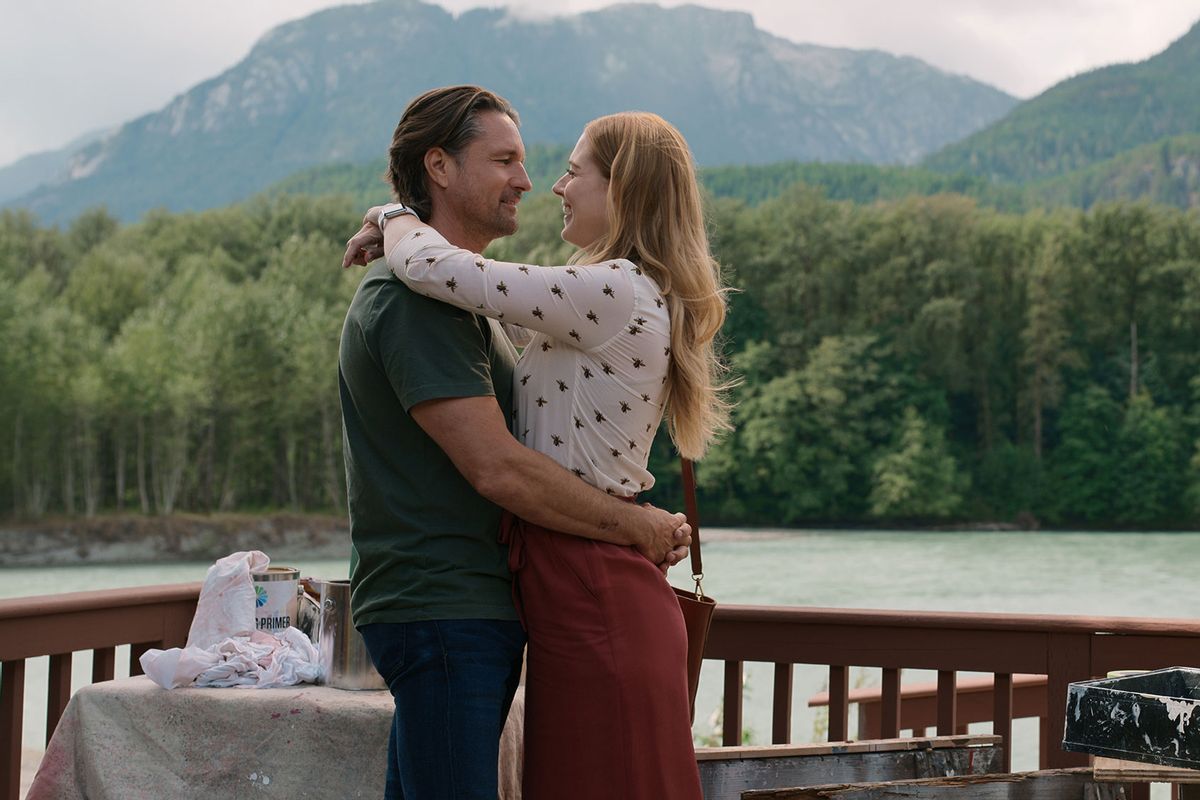 Friends often come to a culture writer for advice on what to watch. Sometimes, they don't like what you say. For example: "Virgin River." I can't remember why I started watching. It was certainly during the early part of the pandemic. I was certainly bored. And then to my great surprise, I was hooked.

I'm not a soap opera person. I didn't grow up watching them after school, like some of my friends. But "Virgin River" does something different from some daytime dramas. It has the same twists and turns, but it wraps them in warm hugs. It's a soap opera in a sweater, if you will, a borrowed sweater placed upon your shoulders by community members who care, which makes it the perfect cozy trauma for our times.

"Virgin River" has returned for its fourth season on Netflix, and it has returned a star after generating over 2 billion viewing minutes last season. Viewers have waited a whole year for a new season (I know, because some of them are my relatives and were texting me). The Independent, which describes the show as "embarrassing" and "trashy," writes that "everyone seems to be watching in secret." I think they mean "classy," and if viewing via a laptop perched on the bathroom counter while one is a bubble bath is secret, then fine.

Bad things happened to Mel in the past and bad things will continue to happen to everyone in the future, basically constantly.

Let's be blunt. It is a soap opera. I may not be the most versed in the genre, but I know melodrama when I see it. Based on a series of novels by Robyn Carr, the adaptation follows a nurse practitioner from Los Angeles named Mel (the endlessly watchable Alexandra Breckenridge) who moves to the small, pastoral town of Virgin River to start over after tragedy.

This is my favorite kind of beginning: small town starting over. Throw in a bar and grill owner who is grizzled, flawed and has a heart of gold (Martin Henderson as Jack), and an old cabin with a modern, two-sided fireplace for some reason, and you have the makings of a nice evening. 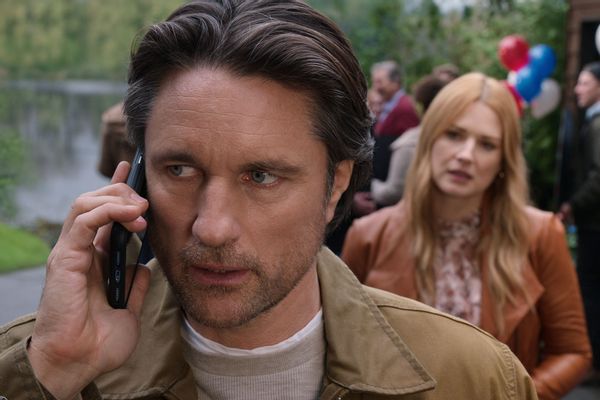 Why is this relaxing? It's unlike any trauma any human has faced, at least not all at the same time.

Bad things happened to Mel in the past and bad things will continue to happen to everyone in the future, basically constantly. Terrible luck falls upon the town of Virgin River more steadily than the British Columbian (pretending to be Northern Californian) rain. If you can think of it, it's happened here.

Any trip will end in accident. Any kiss will be secretly witnessed. Any pregnancy is suspect — and there are a lot of pregnancies at the start of the new season, some of them seemingly lasting far beyond an elephant's gestation. The trauma of this tiny, allegedly Californian town is so ridiculous, it stops being traumatic. In one single episode last season, we have a funeral, a miscarriage, a car accident and a contested plan to enlist in the Marines.

There are no consequences in "Virgin River."

Why is this relaxing? Because it distracts from our current world and because it's unlike any trauma any human has faced, at least not all at the same time. Some people allegedly like horror films because they prepare us, on some level, to deal with violence, particularly violence by men. Perhaps we like "Virgin River" because it prepares us to deal with a secret surprise grandson, or adopting your baby sibling your mom almost abandoned because she had the infant late in life after her husband died and then she dies suddenly too and you have a seizure from stress? Yeah, that. 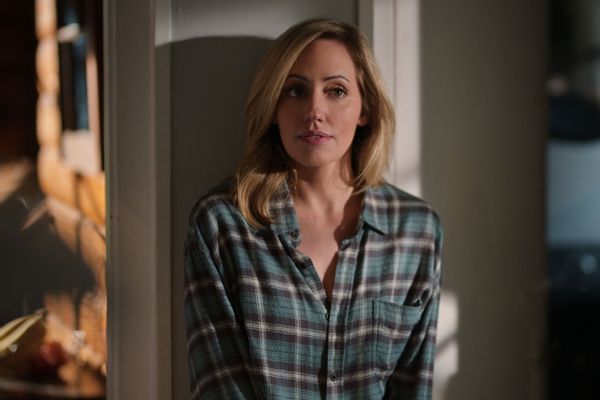 Zibby Allen as Brie in "Virgin River" (Courtesy Of Netflix)There is realistic trauma in "Virgin River," the kind human beings actually tend to face, and to the story's credit, it is handled sensitively. Brie (Zibby Allen), the attorney sister of bar owner Jack, is a survivor of sexual violence, and true to life, the assault won't stay buried.

Jack is a combat veteran, as is Colin Lawrence's noble, long-suffering cook Preacher (he's a cook, not a preacher — pay attention), and his PTSD is a continuing storyline. This real trauma is bookended by the preposterous, as this season suddenly piles on more issues from Jack's past. Really, war was enough. But it makes sense that, like a guest star, both characters' traumas keep coming back. 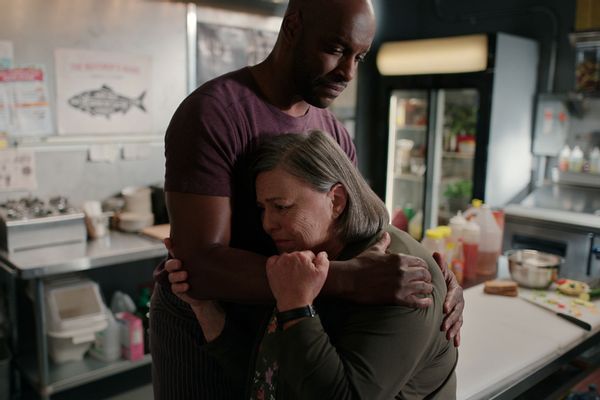 Colin Lawrence as Preacher and Nicola Cavendish as Connie in "Virgin River" (Courtesy Of Netflix)PTSD from war and sexual violence aside, most of the subplots feel surprisingly relaxing because they're low stakes. There are no consequences in "Virgin River." Go ahead, "troubled young woman": steal from the bar and make your boyfriend take his grandmother's car without permission; you'll still have your job at the bakery truck.

In part there are no consequences because many people in this town are beautiful, white and seem not to worry about money, aside from occasional, unrealistic hand-wringing. This is a "Gilmore Girls" world with low crime (despite some kind of convoluted loggers/drug dealers subplot that everyone ignores), high incomes and gorgeous houses. And when there's a random Renaissance festival in the middle of the season, every single person in attendance has an ornate and historically perfect costume.

No one can show support like a small, fictional town, the kind of mutual aid many of us have been desperately missing during the pandemic.

Virgin River as a town is lovely, which is a not-small part of the appeal. Mel works in a medical practice out of a historic home, and though part of the first season includes her distaste about her lodging, Jack fixes up her cabin in no time. That river of the title is a big part of every episode, sweeping and gorgeous, as are blue mountains, ringed in fog, and dense, moist woods where Mel keeps jogging. Jack's bar has the best views of any bar you've ever seen — how is the outdoor seating not completely packed all the time? 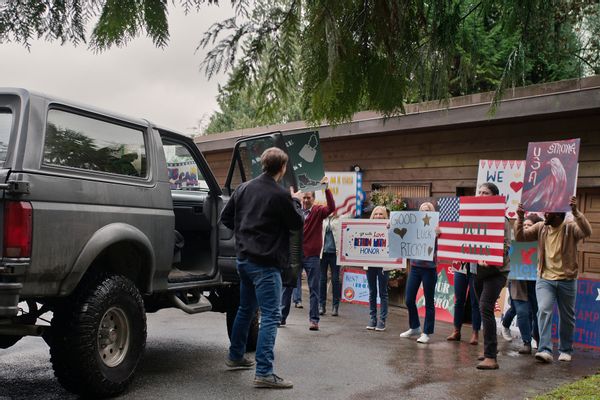 Virgin River (Courtesy Of Netflix)Like a hand-knit sweater stored too long without cedar, "Virgin River" has some holes. A "Gilmore Girls" world has "Gilmore Girls" problems, including not many characters of color. People of color in "Virgin River" tend to only end up together, which is troubling, as is the total lack of queer characters. We can accept a pregnancy conceived via the easiest IVF ever from a dead donor or perhaps from Jack when he and Mel got back together even though Jack just impregnated someone else with twins — but nobody in this town is queer?

What keeps me (and maybe you, secretly) watching is the scenery and the citizens. Be it that Renaissance festival; supporting Tara, the grown child of the woman who died suddenly after having the secret baby of her dead husband; or finally sending Ricky off to the Marines, the town of Virgin River always comes together in a way few communities do.

No one can show support like a small, fictional town, the kind of mutual aid many of us have been desperately missing during the pandemic — perhaps why shows like "Virgin River" and the different, though equally chummy "Only Murders in the Building" have surged during this time. We miss helping. We miss each other, and despite its high rate of weirdly long pregnancies, if there's an opening for a writer in the town of Virgin River, I'd look at a cabin.

"Virgin River" and its cozily traumatic fourth season are now streaming on Netflix.