The return of Joni Mitchell, the music great who's always relevant

Mitchell recently played her first show in 20 years. And while she temporarily quit music, her fans never quit her 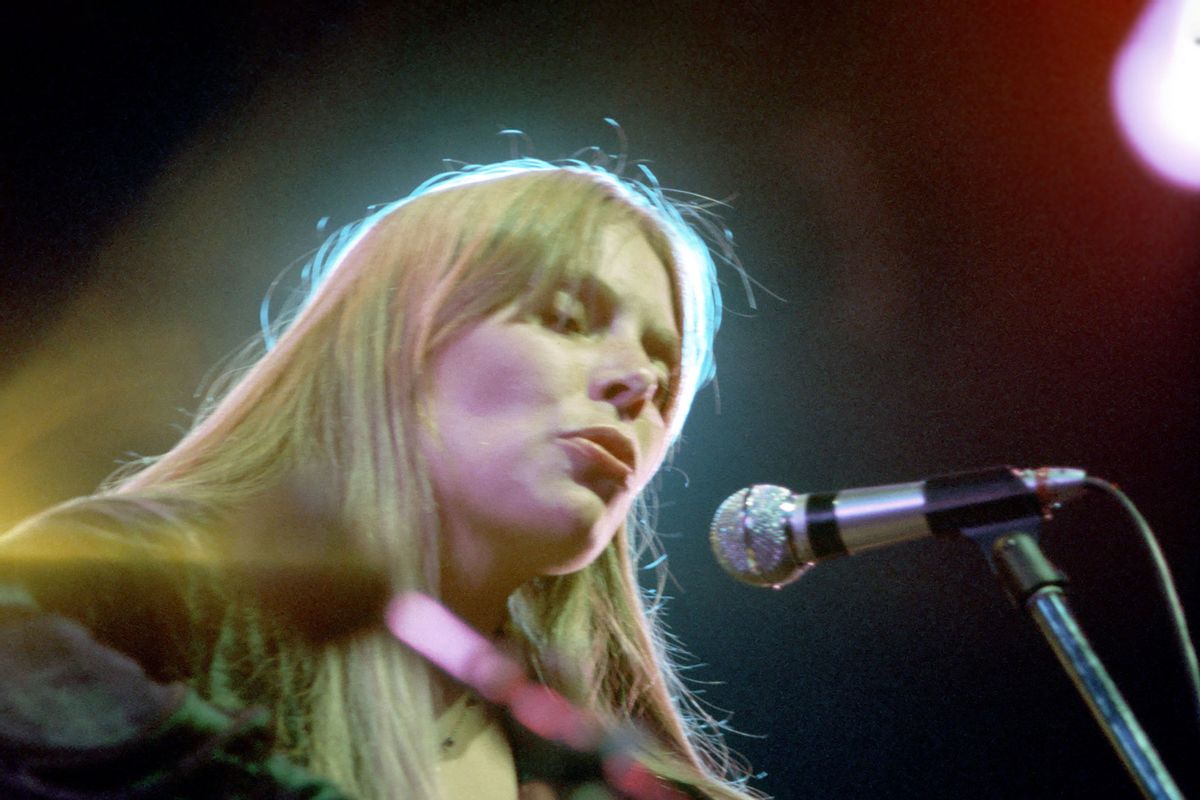 Joni Mitchell took the stage and stole the show at the Newport Folk Festival over the July 24 weekend. In a surprise performance, the music great made an unscheduled appearance with rocker Brandi Carlile, playing a full set, including a guitar solo. It was Mitchell's first show in 20 years.

Where has Mitchell been this whole time? Why does the festival have a particular hold on the performer, and why does Mitchell have such a hold on us culturally?

In recent years, Mitchell has both disappeared and been everywhere. Her song "Both Sides Now" was the emotional heart of the 2022 Oscar-winning film "CODA." Though the film is somewhat controversial due to its dramatizing of deaf lives through an abled lens, there's nothing questionable about its music. Emilia Jones' performance is a stirring rendition of the deceptively simple song about clouds (but really, about growing, learning and changing your perceptions).

It was one of the songs Mitchell performed over the weekend, duetting with Carlile on it as well as on "A Case of You." Like the Stevie Nicks' classic "Landslide," the lyrics of "Both Sides Now" were written when Mitchell was young but take on new relevance when sung by Mitchell, older and wiser now: "I've looked at life from both sides now/ From give and take and still somehow."

The solace of Joni Mitchell's "River," a holiday song that defies merry and bright expectations

Mitchell started performing as a teenager, singing in nightclubs in her native Canada before moving to the United States. In her early 20s, she became pregnant by an ex-boyfriend and gave the baby up for adoption (she and her grown daughter reunited in the 1990s). Her big break came when folk singer Tom Rush recorded one of her songs (which had been rejected by Judy Collins). Country singers were some of the first to embrace Mitchell's work, and soon her songs were covered by popular folk musicians like Buffy Sainte-Marie . . . and eventually, Judy Collins herself.

In 1968, Mitchell released her first album. By the next year, she had won her first Grammy. Her 1971 album "Blue" was an immediate hit, considered an instant classic. Other awards followed for albums like "Court and Spark" and "The Hissing of Summer Lawns."

By the '90s, Critics began to write about a change in Mitchell's voice, which was lower and huskier, unable to reach the highest notes, attributing it to smoking, though Mitchell also dealt with severe polio as a child and vocal nodules as an adult. In more recent years, Mitchell has said she has a skin condition. In 2015, she had a brain aneurysm rupture.

But it was not only health concerns that pushed Mitchell out of the spotlight in the past few years. She has spoken candidly about the music industry and its nefariousness, particularly for women, calling it a "cesspool" in a 2002 interview with Rolling Stone where she also was open about never having a decent deal for her music. She expressed her frustration in having to work in an industry where art was "calculated for sales," saying, "I'm ashamed to be a part of the music business."

Mitchell announced multiple times she was quitting the music business, even quitting listening to music for several years, as it was too painful; she says she listened to talk shows instead. She turned more seriously to visual art, becoming a respected and distinctive painter (her art graces several of her album covers, including 2000's "Both Sides Now").

But Mitchell was honored as MusiCares' Person of the Year at this year's Grammy's, and she gave a brief performance then. Both artist and activist, not only have Mitchell's songs been used as anti-war folk anthems over the years, the singer herself participated in anti-nuclear campaigns in the '70s. She confronted Russian whalers with Greenpeace, and more recently, joined Neil Young in removing her music from Spotify as the platform continued to support the COVID misinformation spread by podcaster Joe Rogan.

The Newport Folk Festival may hold a special place for Mitchell. She played there for the first time in 1969: Judy Collins had invited her on. Mitchell's appearance over the weekend was the first at the festival for her since then, and she played one of the same songs: "Both Sides Now."

The 78-year-old Mitchell started her set sitting down. But by the end, Joni Mitchell was on her feet again.

from both sides now