Is monkeypox officially a pandemic? Here's what experts say 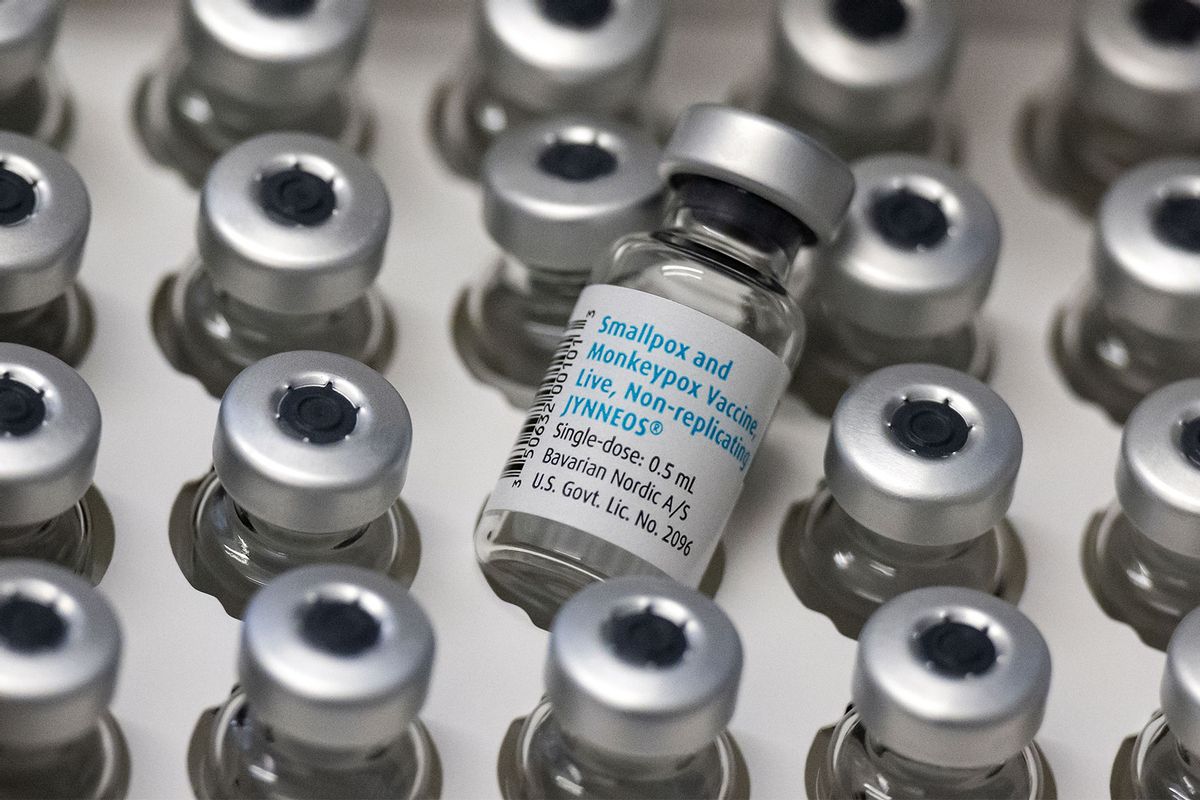 This week, California and Illinois joined New York state in declaring a public health emergency in light of the increasing number of monkeypox cases. Mere weeks ago, the World Health Organization declared a "global health emergency" for the virus, which is related to smallpox, and causes pustules to emerge on one's body along with other fever symptoms.

The three states' move comes as 48 US states record 5,811 cases of monkeypox, as of August 1, 2022; the three aforementioned states that have declared a state of emergency have the highest number of cases in the country, making up nearly 47 percent of total cases. But nearly two months ago, there were only 19 confirmed cases in 10 states. (The first case emerged in May.) Back in 2003, when a mini-outbreak occurred in the United States, 47 people in six states had confirmed or probable cases of monkeypox, but it was quickly contained.

The rapid rise in the number of cases is eerily reminiscent of the early days of the COVID-19 pandemic, when the number of cases went from single to quadruple-digits in a matter of months. Now, as monkeypox cases continue to rise, some are wondering: is the country on the brink of yet another pandemic?

"To me, a pandemic is going to be something that is an infectious disease that becomes very widespread and causes societal disruption," Adalja said. "And it's something that permeates throughout the entire population."

That depends on how you define pandemic, experts tell Salon; but overall, the rise in cases will likely make it harder to contain at this point. The measures that will be taken by public health officials in the coming days and weeks will influence how bad the spread might be. However, there are some key differences between monkeypox and ​​SARS-CoV-2 that will make these two public health events pan out differently.

An epidemiology dictionary defines a pandemic as one step above an epidemic; specifically, a pandemic is "an epidemic occurring worldwide, or over a very wide area, crossing international boundaries and usually affecting a large number of people" But as Dr. Amesh Adalja, a senior scholar at the Johns Hopkins Center who co-authored a paper on the characteristics of pandemic pathogens, explained to Salon, there are no official markers to definitively say when a pandemic is underway.

"There's no person who snaps their fingers and says 'this is a pandemic' — but to me, a pandemic is going to be something that is an infectious disease that becomes very widespread and causes societal disruption," Adalja said. "And it's something that permeates throughout the entire population."

"In the sense of [monkeypox] being the next pandemic the way SARS-CoV-2 was, I don't think that's likely," Morse said. "In the technical sense, it already is a pandemic because it's already in many countries all over the world, mostly within certain communities and it's spread widely, and we obviously did not expect that."

Both Adalja and Morse agree that due to the way monkeypox transmits, it won't spread with the same rapidity as COVID-19 spread around the world; hence, there is still an opportunity to contain it.

The monkeypox virus originated in wild animals in the jungles of west and central Africa; on occasion, it has made the jump to humans. The first known human case of monkeypox was found in 1970 in a 9-year-old boy in a remote part of Congo. However, it was first identified by scientists in 1958, when there were two outbreaks of pox-like diseases in monkeys used in research laboratories.

According to the CDC, monkeypox can cause symptoms like painful rashes that can appear all over a person's body. The other symptoms are similar to influenza, and include swollen lymph nodes, muscle aches, backaches, headaches, fever, fatigue and chills. Eventually, lesions form and progress through a number of stages before falling off. The descriptions of the pustules are uncomfortable.

"The lesions in my sensitive areas and underwear zone became really painful to the point where I couldn't sleep," 30-year-old Matt Ford explained to Self magazine. "I'd describe the sensation as a dull, chronic pain that became jolts of intense pain if I moved the wrong way; I am not sure I've experienced anything quite like it."

Current data from this strain suggests a 3.6% fatality rate, according to the European Centre for Disease Prevention and Control. Notably, that is higher than COVID-19, which now has a global fatality rate of 1.1%. Most monkeypox victims will recover within two to four weeks after developing symptoms. Unlike COVID-19, which is arguably the most contagious viruses ever discovered, transmission of monkeypox is more difficult. Gay and bisexual men are the highest risk of infection right now, public health officials say.

Adalja said that respiratory transmission is a cause for concern, and could be a characteristic of a pathogen that can cause a COVID-19-like pandemic. Another two characteristics for a pandemic-like pathogen, Adalja said, are incubation period and population immunity.

"When it comes down to transmission mechanisms, it really has to be respiratory" in order to resemble a pandemic-like pathogen, Adalja said.

According to the CDC, monkeypox spreads through direct contact with body fluids or sores on the body of someone who has monkeypox. It can also spread through materials that have touched body fluids or sores that have been in contact with someone who's infected — for example, clothing or bedsheets. It can also spread through respiratory droplets when people have close face-to-face contact. However, that latter is not its main mode of transmission, Adalja said, commenting on how there's been a rise in misinformation about monkeypox.

"I don't think we've missed our opportunity to contain monkeypox in the US. What we do over the next few weeks will be very important."

When a virus is transmitted via airborne droplets, Adalja said, the household attack rate — meaning the secondary infections that occur after one person is initially infected — is 100 percent. The household attack rate for monkeypox appears to vary from 10 percent to 50 percent in one study. Unlike COVID-19, there are readily available vaccines for monkeypox, too. As Salon previously reported, the U.S. has released the Jynneos vaccine against monkeypox from the Strategic National Stockpile. Meanwhile, those who received the smallpox vaccine before it stopped being given in the 1970s will likely have protection against monkeypox.

Still, what happens next — and how states and the federal government react to the threat — will affect how far monkeypox spreads.

"I don't think we've missed our opportunity to contain monkeypox in the U.S.," Melanie Chitwood, a doctoral student in epidemiology of microbial diseases at Yale School of Public Health who recently co-authored a modeling study that has yet to be peer-reviewed. "What we do over the next few weeks will be very important."

By email, Chitwood said the most critical response right now is to vaccinate high-risk people as soon as possible. It would help slow the spread, too, if it were easier to get tested and to quarantine when one tests positive.

"We need to provide financial and social support to help infected individuals recover in isolation," Chitwood said. "Our analysis suggests that contact tracing is also an important piece of the response, but contact tracing can be difficult to implement; people don't always remember who they had contact with or how to get in touch with their contacts."

To date, Chitwood said what has been done so far has "not been sufficient."

"We've given the virus a pretty good head start, and the sooner we strengthen the public health response, the better," Chitwood said.

"My concern is that if we fail to contain monkeypox now, we'll be dealing with outbreaks for years to come," Chitwood said. "Monkeypox can spread in congregant settings, so I'm particularly worried about students returning to college campuses in the next few weeks."

about the monkeypox epidemic (or pandemic?)