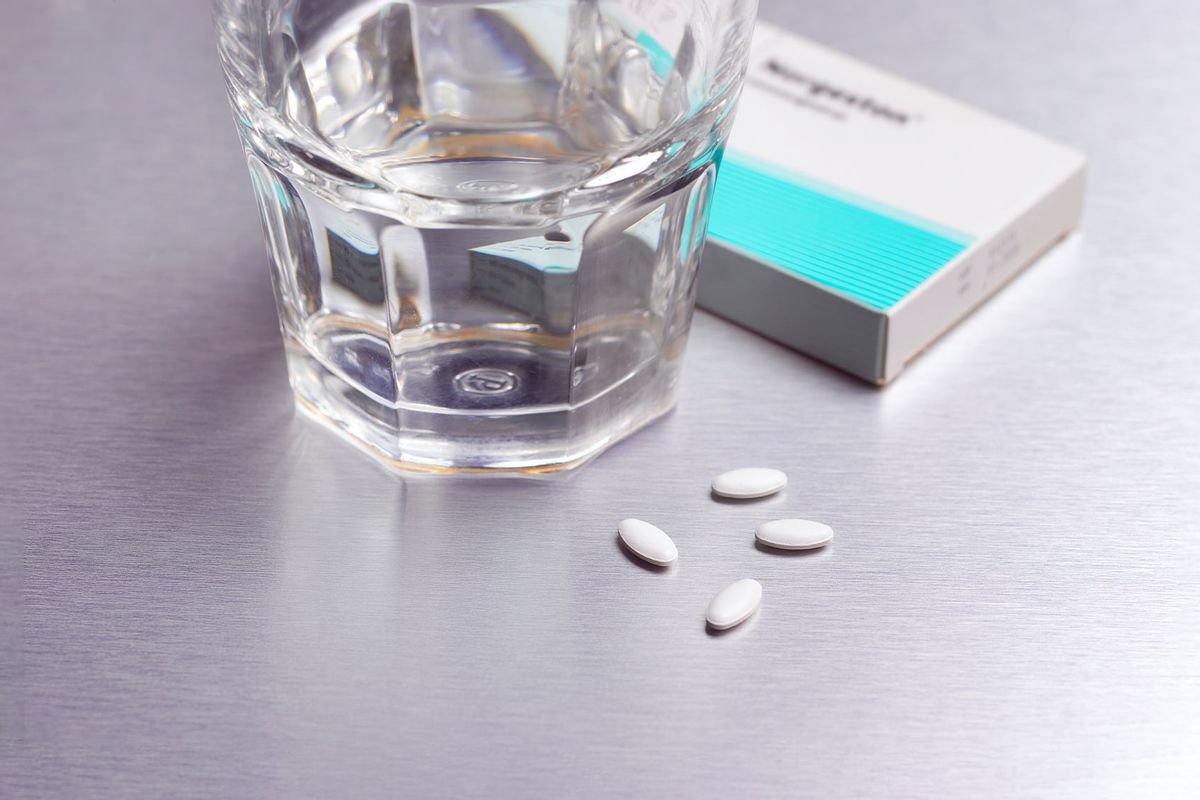 Last weekend, outrage ensued in the wake of a disturbing profile in the Washington Post of anti-choice advocate Jana Pinson, who is building a massive $10 million crisis pregnancy center in south Texas. In one of the more shocking moments in the profile, Pinson explains how pregnant girls who are barely post-pubescent should embrace motherhood.

"I've seen a lot of 13-year-olds do phenomenal" as mothers, Pinson said. "It doesn't have to be a negative thing." The comments went viral on social media, obviously due to the horror of them, as Salon's Amanda Marcotte recently opined. In the profile, Pinson — whose crisis pregnancy center is far from a pipe dream in part thanks to an already purchased plot of land, blueprints, and a vision for a "coffee shop and a thrift store visible from the road" — also explained how she plans to expand their offerings for "abortion reversals."

This idea of a so-called "abortion reversal" has been touted by anti-abortion advocates for years. The procedure was first introduced by a self-described "pro-life" doctor, George Delgado, in 2012. The thinking behind this offering goes like this: In a political landscape in which abortion rights are no longer guaranteed, more women are forced to self-manage medication abortions in states with bans; hence, pregnancy crisis centers can intervene and try to convince such women to "reverse" their medication abortion with the hormone progesterone.

"There is no such antidote to the abortion pill — you cannot reverse it [and] it is not supported by any real scientific claim."

While the procedure is not based in science — notably, it was denounced by the American College of Obstetricians and Gynecologist — and there is no evidence to prove it works or is safe, obstetrician-gynecologists are worried about the impact of these crisis centers promoting and conducting a procedure that many in the medical field have described as "dangerous" and "unscientific."

"There is no such antidote to the abortion pill — you cannot reverse it [and] it is not supported by any real scientific claim," says Melissa Simon, an obstetrician gynecologist at Northwestern Medicine. Simon said the idea of an abortion reversal "create[s], add[s] to, promote[s], and sustain[s] confusion and fear."

As recently reported by The Markup, Facebook has allowed advertisements for the procedure circulate on the social media platform lately.

"We have seen that anti-choice advocates have paid money to put ads up that push this unproven, unscientific procedure, sometimes targeting minors," NARAL Pro-Choice America's research director Dina Montemarano told Salon. "And that Facebook has chosen to often leave those ads up, despite the fact that scientists and medical experts have repeatedly claimed this is not backed by science [...] it's really unfortunate that they're still able to put that information in front of somebody."

Dr. Mitchell Creinin, a professor of Obstetrics and Gynecology at the University of California-Davis health department who has conducted research on the procedure, told Salon he is also concerned about disinformation being promoted.

"I'm concerned in the same way that as a medical professional, virtually all health care providers were concerned about the promotion of hydroxychloroquine and ivermectin during early parts of COVID," Creinin said. "When anyone, whether they are a health care professional or not, promotes something that has not been proven to be safe or effective, then we are going in the wrong direction."

Medication abortions issued under the brand name Mifeprex, which has been approved by the FDA for use for more than 20 years, are a two-step process. First, a pregnant woman takes a mifepristone pill. Either 24 to 48 hours later,  she can take a second pill containing misoprostol. Medication abortion works up to 70 days after the first day of a person's last period — usually when they are 10 weeks pregnant.

In the so-called "abortion pill reversal" promoted by pregnancy crisis centers, a hypothetical pregnant woman who presumably regrets taking the first pill  — a phenomenon that is pretty rare — can "stop" the abortion by taking progesterone after the first pill. Anti-choice organizations like Abortion Pill Reversal falsely claim progestrone given orally or through an intramuscular injection can "outnumber and outcompete the first abortion pill in order to reverse the effects."

"The idea is that mifepristone binds incredibly strongly to the progesterone receptor, and if you get way more progesterone all of a sudden mifepristone will say, 'Yeah, forget it, I won't even bother binding to the receptor anymore,' and that you can overcome it — but it makes absolutely no sense," Creinin says.

"Mifepristone and misoprostol when used together are a very safe, very effective regimen for a medication abortion — but tell somebody it's okay not to take the second medicine, whether they get progesterone or not, and I have no idea what those risks are," Creinin said.

Creinin previously discerned the safety of this procedure in a study funded Society of Family Planning. In it, Creinin initially sought out to enroll 40 women in the study who were scheduled to have in-clinic abortions, but consented to delay the procedure for two weeks. These women would take the first dose of mifepristone and then follow it up with either a placebo or progesterone. The study was halted after 12 women had been enrolled; three of the participants experienced vaginal hemorrhaging or excessive bleeding. Creinin said it's not likely the progesterone that is causing hemorrhaging, but rather what happens when mifepristone and misoprostol aren't taken together.

"Mifepristone and misoprostol when used together are a very safe, very effective regimen for a medication abortion — but tell somebody it's okay not to take the second medicine, whether they get progesterone or not, and I have no idea what those risks are," Creinin said.

The results of the study were published in the journal Obstetrics & Gynecology; it is the only study of its kind.

A more pressing concern, doctors tell Salon, is that promoting this unproven and possibly dangerous procedure will sow doubt and confusion in pregnant women who are seeking medication abortions — not necessarily uncertainty about their decision, but around the safety and legal parameters of medication abortions.

"It exists to cast doubt on a pregnant person's thoughtful determination that abortion is right for them, and is another way that the untrained volunteers at crisis pregnancy centers try to manipulate the people who are going to them seeking care and support," Dr. Nisha Verma, an OB-GYN with a specialty in complex family planning and a Darney-Landy Fellow at American College of Obstetricians and Gynecologist, told Salon via email.

"There's still a lot of confusion and misconceptions out there, and the anti-choice movement wants to take advantage of that," Montemarano from NARAL said. "They want to fill in those gaps to continue to scare and confuse people." Montemarano expects anti-choice crisis pregnancy centers to do that by spreading disinformation online and in clinics.

"They want to convince whoever they can to stop the treatment," Montemarano said. "But they also want to scare people out of seeking it."

of Salon's coverage of reproductive rights and care: