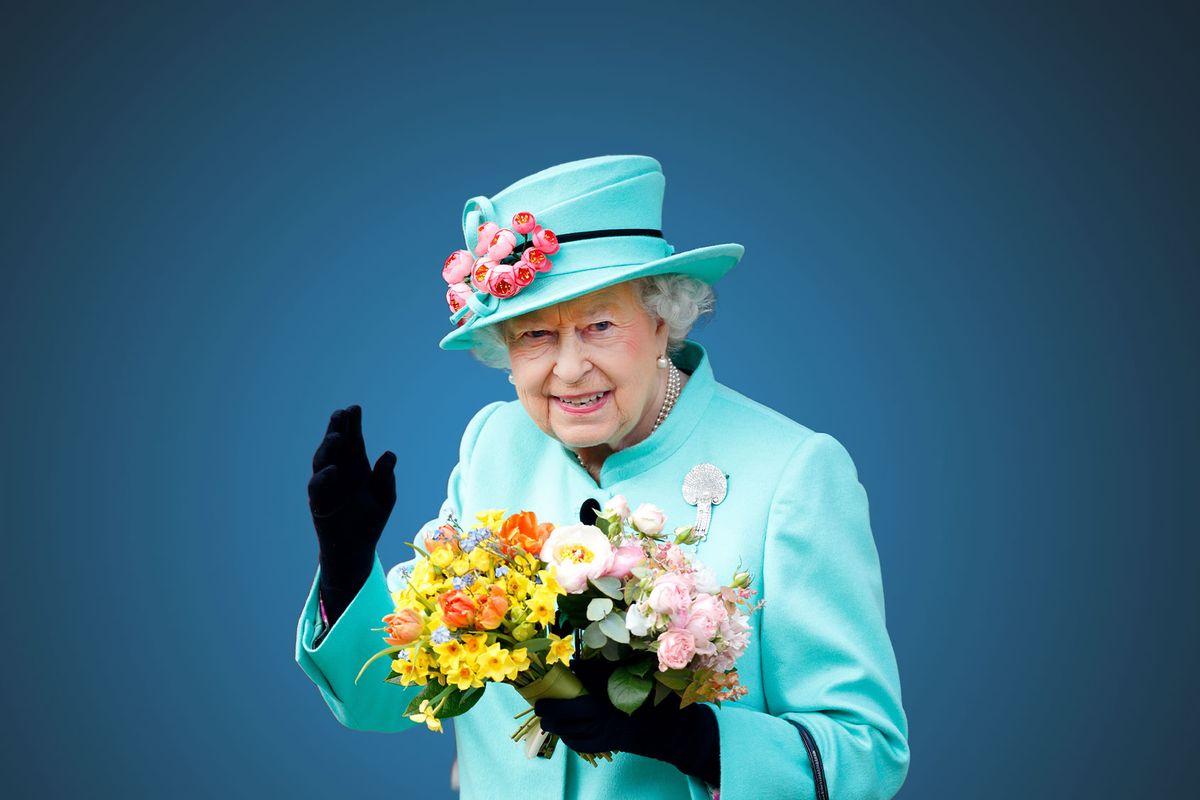 Queen Elizabeth II, who succeeded her father, King George VI, at the time of his death in February 1952, passed away on Thursday at Balmoral Castle in Scotland. Her health had been in obvious decline in recent years, although she was well enough on Tuesday to meet with both outgoing Prime Minister Boris Johnson and Liz Truss, his newly appointed successor. Official word of the queen's death came in a statement from Buckingham Palace saying that Elizabeth had died peacefully and that "The King and The Queen Consort" — that is, the former Prince Charles and his wife, Camilla — "will remain at Balmoral this evening and will return to London tomorrow."

Elizabeth Alexandra Mary Windsor was only 27 at the time of her coronation and, implausible as this may seem, was the longest reigning monarch in British history. She was 11 years old when her father became king in 1936, and assumed the throne herself just 16 years later. Her coronation took place on June 2, 1953 at Westminster Abbey, as has been the custom for 900 years, and was the first such ceremony to be broadcast on live television. Although the modern British monarchy is entirely ceremonial and the queen had no role in politics and government, Elizabeth's long reign encompassed an enormous swath of recent history, including the Korean War, Britain's war in the Falklands, the end of the Cold War, the election of Britain's first woman prime minister and both the U.K.'s admission to the European Union and then its exit. 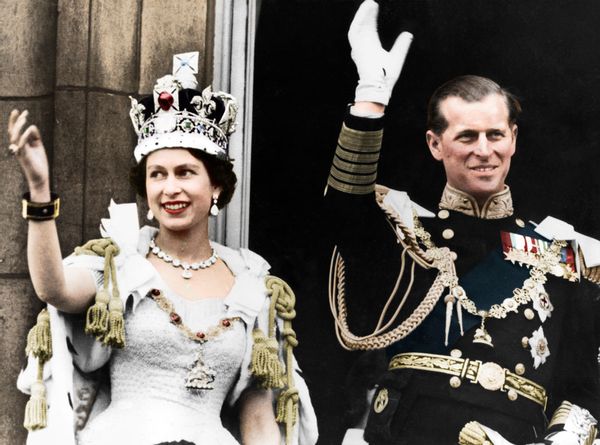 Queen Elizabeth II and the Duke of Edinburgh on the day of their coronation, Buckingham Palace, 1953. (The Print Collector/Getty Images)

Elizabeth was often credited with modernizing the British monarchy and encouraging members of the royal family to prioritize public service, and encouraged the rest of her family to do so as well. Her greatest test as monarch likely came after the death of her charismatic and controversial daughter-in-law, Princess Diana, in a 1997 car crash. Elizabeth came under some criticism for avoiding a show of public mourning, instead retreating to Balmoral with her grandsons Prince William and Prince Harry, who were young children at the time.

More recently, the queen also had to handle Prince Harry's decision to walk away from his royal duties and leave England, largely for the sake of his wife, Meghan Markle, the Duchess of Sussex, and quite likely because he feared the consequences of the kind of publicity that had damaged his mother. By all accounts, Harry had the support of the queen, who simply said that "Harry, Meghan and Archie [their only child at the time] will always be much loved family members."

Although Queen Elizabeth clearly didn't love media scrutiny, she didn't shy away from it either, appearing with Daniel Craig in a short film for the 2012 Olympic Games opening ceremony, and with Prince Harry in a response to Barack and Michelle Obama's Invictus Games challenge. Apparently she had actually watched episodes of "The Crown," and enjoyed them:

"Edward and Sophie love The Crown," a senior royal source said. "It has been a longstanding arrangement that they drive to Windsor at the weekend to join the queen for an informal supper while watching TV or a film. They have a Netflix account and urged her to watch it with them. Happily, she really liked it, although obviously there were some depictions of events that she found too heavily dramatized."

Famously, Elizabeth was an animal lover especially fond of corgis, and kept several at a time that followed her everywhere she went. It has been estimated that over the course of her  70-year reign, she owned around 30 corgis, reportedly preferring them to other breeds for their energy and untamed spirit. Her first corgi, named Susan, was a gift from her father for her 18th birthday, according to Reader's Digest. 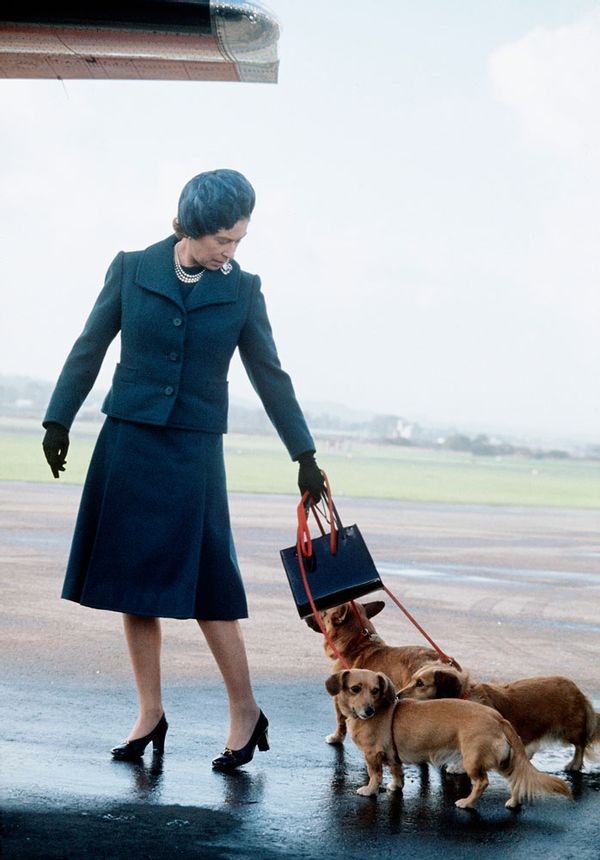 Queen Elizabeth ll arrives at Aberdeen Airport with her corgis to start her holidays in Balmoral, Scotland in 1974. (Anwar Hussein/Getty Images)

In February of this year, the queen tested positive for COVID and experienced "mild cold-like symptoms" shortly after the Platinum Jubilee celebrating her 70 years on the throne. From that point onward her health was clearly in decline, but she maintained at least an abbreviated work schedule right up to the day before her death. As noted, on Tuesday she had performed the official ritual of accepting the outgoing prime minister's resignation and welcoming the new leader of Parliament over a cup of tea. 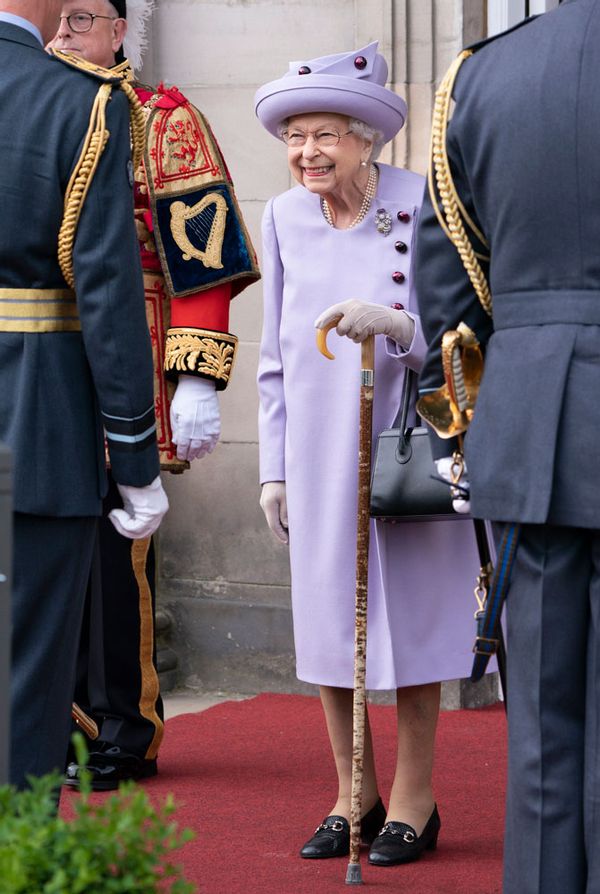 In this video clip, Elizabeth jokes about the cake for her Platinum Jubilee being presented facing the press corps instead of her because "she's not important."

Queen Elizabeth II is survived by her son, now King Charles III, and his wife Camilla, now officially known as the queen consort. Her other surviving children are Princess Anne, Prince Edward and the semi-exiled Prince Andrew, whose reputation has been permanently tarnished by his association with Jeffrey Epstein. Among her dozen grandchildren, Prince William, the new king's eldest son, is now next in line for the throne.