In "Goodnight Mommy," Naomi Watts is drawn to her character's "terrifying and confusing" behavior 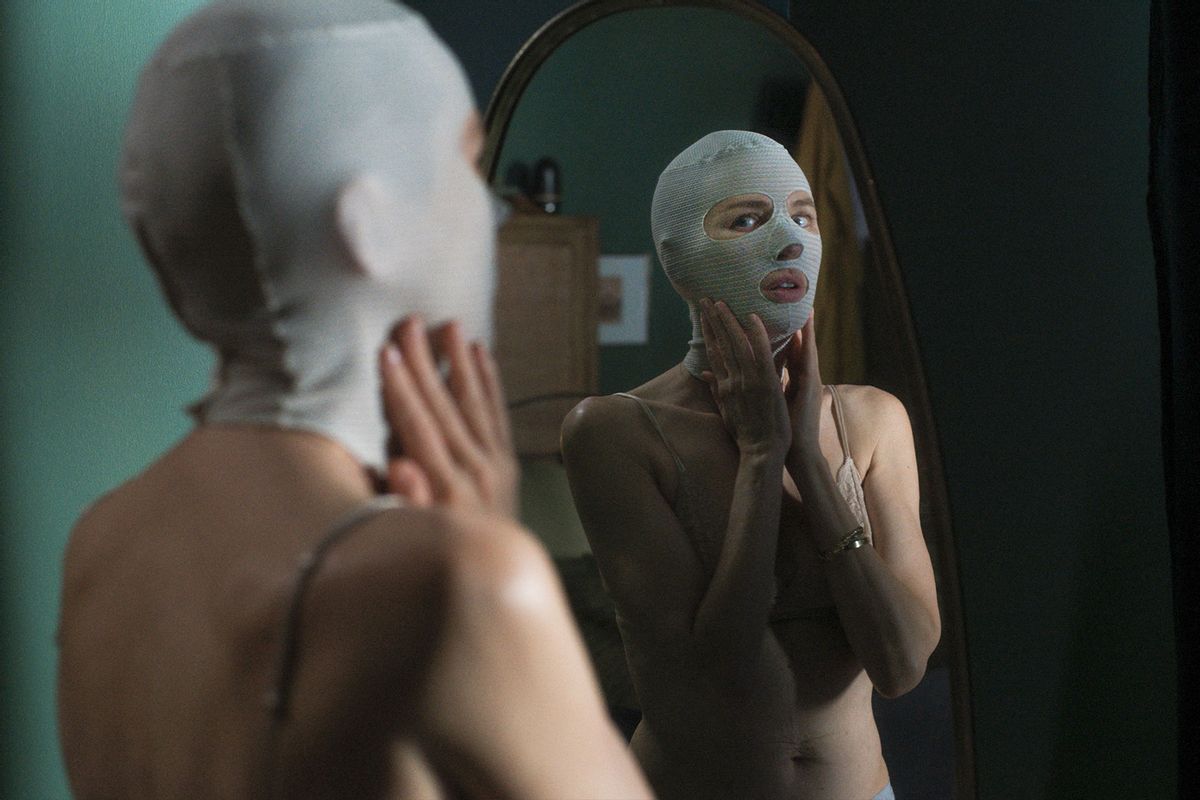 In the slick psychological thriller, "Goodnight Mommy," twin sons, Elias (Cameron Crovetti) and Lukas (Nicholas Crovetti) arrive home where their mother (Naomi Watts) is convalescing having undergone a procedure. Her face is covered in a mask for healing. She insists not only on silence, but also that her sons don't go in the barn, her bedroom or her study.

"She has hints and tinges of narcissism."

This is all pretty strange for the boys, but when mom doesn't sing them their goodnight song, they begin to suspect that this mom is not their mom. As such, a war between mother and sons breaks out, and various abuses occur. Ultimately, a dark truth emerges.

"Goodnight Mommy" is a clever remake of the 2014 Austrian film, and the role gives Watts the opportunity to be expressive often with just her eyes and her voice during the first half of the film, when her head is mostly covered. But Watts also uses her body, dancing suggestively in the mirror in one scene, or when she is tied to a bed in another.
The film provides another fabulous showcase for the actress, who has played very caring mothers on screen in films as diverse as "The Desperate Hour" (aka "Lakewood"), "The Book of Henry," and her Oscar-nominated turn in "The Impossible."

Neil LaBute talks "House of Darkness," his modern take on "Dracula" that flips the power dynamic

Watts and director Matt Sobel ("Take Me to the River") spoke with Salon about making "Goodnight Mommy."

The mother in "Goodnight Mommy" goes from killing her sons with kindness one minute to being someone the twins want to kill the next. How did you each envision her character?

Matt Sobel: Kyle [the screenwriter] and I had always imagined the mother as a woman who is trying to hide her true self and what is really going on with her from her children. That leads to these two polarities. She is trying to [process] her feelings she has towards her children, and the method she is using to do it is killing them with kindness. Because it is not natural to her, because there is a darker reality riding under everything, she will bounce back and forth, sometimes quite violently, between these two polarities.

Naomi Watts: I found her to be thoroughly compelling because of this dichotomy and conflict in all of these emotions she was carrying. Things feel different for both her and the children. The communication is not going well, so everything is spiraling, and escalating into a hysterical state. But at the same time, everyone is trying to manage it. As an actor, I'm always drawn to things that are hard to understand, or challenging emotionally, or physically. Maybe I'm a masochist of some kind [laughs]. I was definitely confused by this woman's behavior when I read it, and that's fascinating to me. It would be interesting to play someone I don't understand. When anything is terrifying and confusing to me, I'm somehow drawn to it. You want to be engaged and have something to grab on to. 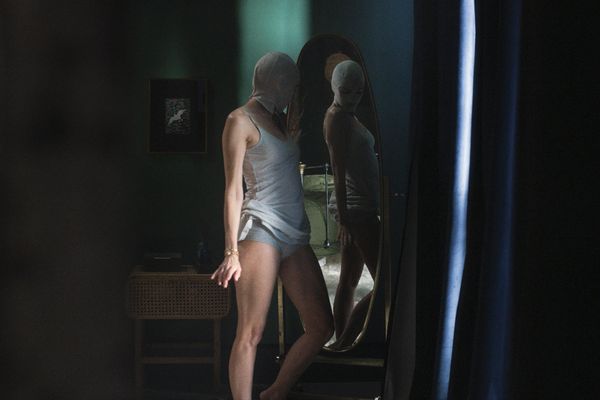 What about how you pitched the performance and that fabulous scene of Naomi dancing in the mirror that Elias spies? It is almost completely out of character — or is it? We don't know much about mother in the film. We have only one past image of her.

Sobel: Much of what we're watching is from Elias' mind. He believes he is in a dark sort of fantasy. So, moments of slightly heightened tone, that is where that comes from. From his perspective, his mother dancing in the mirror is completely out of character — and it should be — because the person he has known has been a very curated mother. But mother is much more than that. But what is not in Elias' mind is that this is very much a part of mother, and she savors these moments alone where she feels she can be the person she can't be in front of her children. At that moment, we are meant to feel it's a left turn and not a part of her character.

"Actors are trained with masks early on."

Watts: I would add that who you are out there in the world and who you are in private moments are different for everyone. But it is extreme for mother. She has hints and tinges of narcissism. Matt and I talked about that. There were degrees of that tone. It was something she needed to do to express herself because of the confinement, control and precision. She wanted to feel herself and be in her body. I hated the confinement of this, and needed it to hide. She is just battling with all kinds of demons, and that was a release.

Sobel: Everything sprung from the question: What kind of person would react to the events [that are revealed] by deciding to get a face lift? It's a very strange decision for someone to make, but not completely unintelligible.

Naomi, can you talk about your expressions and working not just with your head bandaged for half of the film but your body language, which is restricted?

Watts: Sometime with limitations, comes freedom, because we know the rules. You have to really get specific and home in on what you can and cannot use and do. When there is a close-up, my eyes are the most powerful tool, and the moment has to be told in that specific, one place. In a wider shot you have your whole body. Actors are trained with masks early on, so you become aware of what you can use to elevate the story and help people along. I remembered my learnings from that time. I had to be very still at times, which is quite difficult for me. My hands are constantly flapping about, and I have to remind myself to sit on my hands. [Laughs] Knowing the rules and the structure and those limitations in place, I had to be mindful on what I could use and how I could use them became really important.

Matt, you frequently shoot Naomi's character in fragmented way, cutting her off in the frame when the twins are spying on her in the kitchen.

Sobel: That is not a challenge at all, It's actually very natural. I would look for ways to find scenes where someone is hiding what they are actually feeling, or the frame is hiding something that we want to see. There is a really famous shot in "Rosemary's Baby" where the neighbor is taking a phone call, and Rosemary is leaning over and can't quite see her full body and hear the phone call and everyone watching it leans over because they wanted to look around the corner. I would seek out those moments like that. 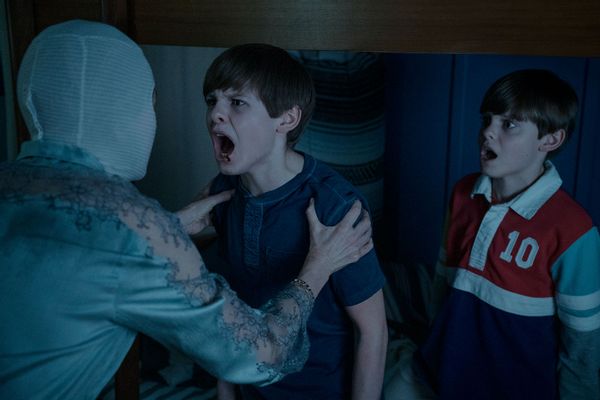 There are some harsh scenes of abuse in the film. The mother slaps her son Elias and tortures him with water. She gets a not dissimilar treatment in return, later. Can you talk about these moments, which are startling?

Watts: It was very hard to play. When I'm playing a mother, I'm always very aware of who that kid is that you are playing opposite, whatever the scene is. When it is emotional or physically abusive, it can be terrifying for the kid, I'm very careful in speaking to the mother, the director, and making sure it's well planned so there are no surprises. In between filming I am turning to something lighter, hoping to distract then. The water scene was particularly difficult for me. We had to do it too many times because I was afraid of hurting him or him suffering in any way.

Sobel: I think I had to spray him in the face one time.

Watts: I kept asking, "Are you OK? Are you sure this is OK? You can tell us this is too much."

Naomi what can you say about playing desperate mothers, which you've done in several films now?

Watts: I also played a parent before I had children in films like "21 Grams" and I hope the work was still as imaginative as it is as a real mother. But I'm definitely more informed now as a mother of two. It puts you in the hot seat very quickly. You know all of the experiences of being a mom, and it raises the stakes instantly. It is a big part of my identity, and it's a piece of storytelling people can tap into, and I try to bring as much authenticity as I can to it.

Sobel: Naomi had several thoughts and comments about the script and questions about what a mother would actually do that were insightful and I included. I was grateful to have a real mother ask those questions.

"Goodnight Mommy" is now streaming on Prime Video. Watch a trailer via YouTube.