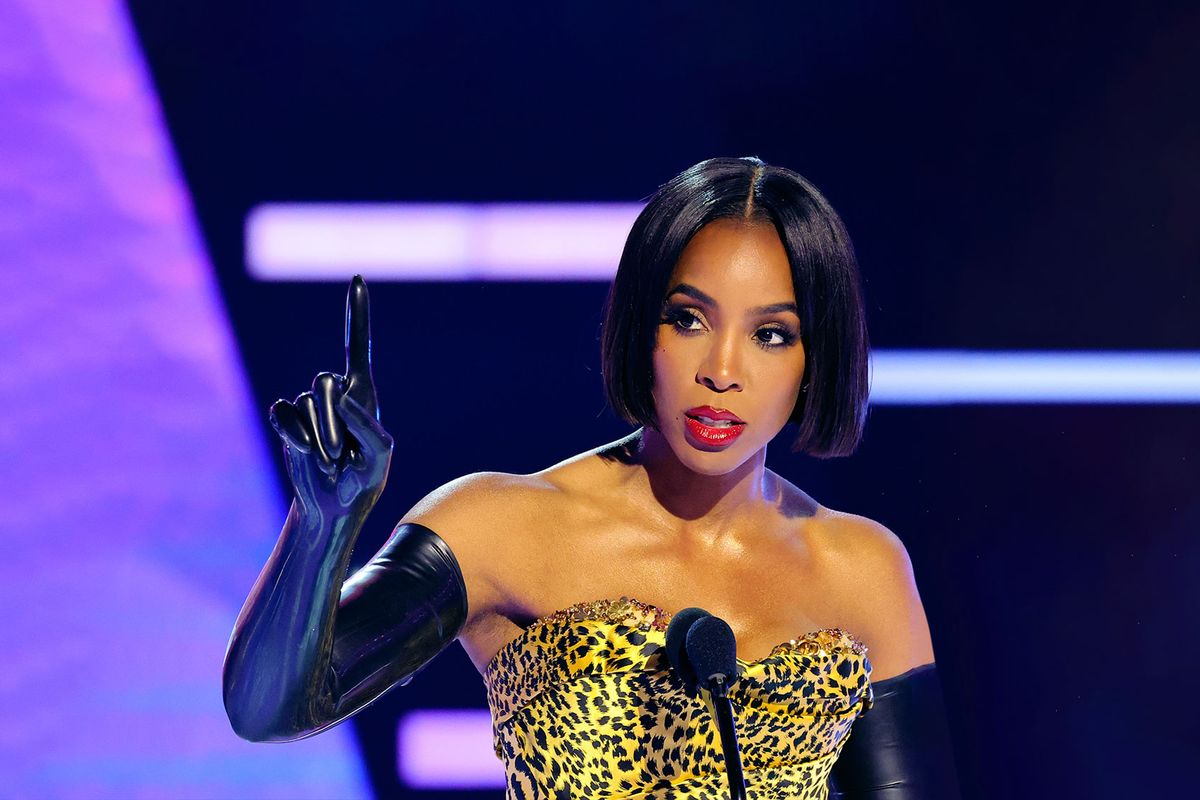 On Sunday, Chris Brown won in absentia the American Music Award for Favorite Male R&B Artist. Accepting the award in his absence was Kelly Rowland, who did so — and made a small speech — to the accompaniment of boos resounding through the Microsoft Theater.

It is unclear if the disapproval was for Brown, Rowland, the American Music Awards, or a combination of all three. Brown, who bested The Weeknd, Brent Faiyaz, GIVĒON and Lucky Daye for the award, was supposed to perform at the ceremony: a tribute to Michael Jackson. But that tribute was scrapped "at the eleventh hour," according to Variety.

This year, a 40th anniversary reissue of Jackson's album "Thriller" will be released and the tribute, including hits like "Thriller," "Beat It" and "Billie Jean," was allegedly planned in support of that. Prior to the awards ceremony, Brown posted on his Instagram a video with the caption "U SERIOUS?" He added in the comments: "WOULDVE been the ama performance but they cancelled me for reasons unknown." This was to have been Brown's first performance on network television since he performed at the BET Awards in 2017

Chris Brown's actions are inexcusable, but what he says about male violence is vital

Like Jackson, who was acquitted in 2005 of child molestation, Brown is a divisive figure. Brown pled guilty to assaulting Rihanna, his girlfriend at the time, the night before another huge music award ceremony, the 2009 Grammys. Brown was sentenced to community service, served with a restraining order and had to undergo domestic violence counseling. A series of violent incidents followed.

In 2011, Brown allegedly threw a chair at a window when asked about Rihanna in an interview. The following year, he was involved in a brawl at a New York club. In 2015, he pled guilty to a felony assault charge stemming from a 2013 incident, shortly before he voluntarily entered — and was kicked out due to violent behavior — rehab. In 2017, he was served with another restraining order for sending violent threats to a model ex-girlfriend. In 2019, Brown was detained by authorities in France after rape allegations were made.

Accepting the award on Brown's behalf, Rowland, who rose to fame as a member of Destiny's Child, told the American Music Awards crowd to "chill out," raising a finger in admonition. She also addressed Brown directly, saying, "Thank you for being an incredible performer. I'll take this award, bring it to you. I love you."

Variety writes, "The network was not opposed to Brown performing, but the combined effect of him leading a Jackson tribute was deemed unacceptable."