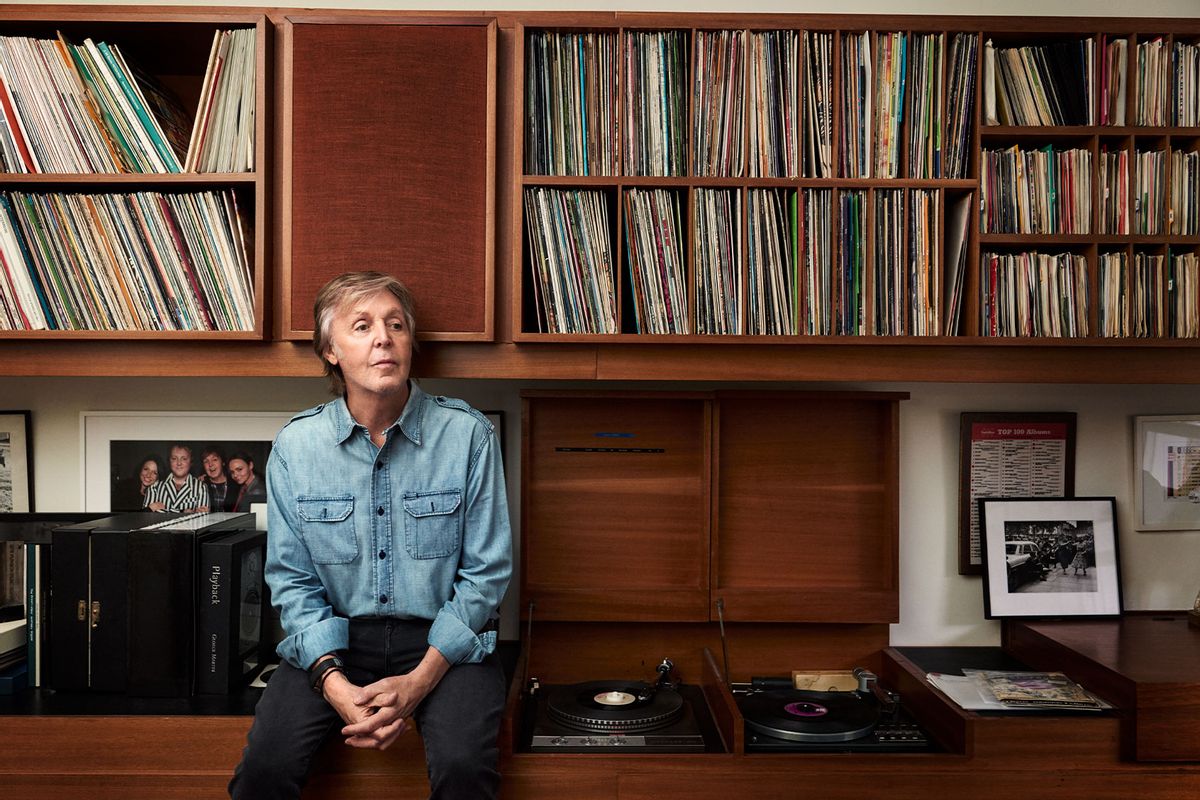 In our great age of box sets and commemorative editions, it is difficult to imagine anything new beyond deluxe packaging and previously unreleased tracks. But with the creation of "The 7" Singles Box," Paul McCartney's camp may very well have done it.

The history of McCartney's post-Beatles career will always be the story of a working hitmaker determined to make a name for himself outside of the Act You've Known for All These Years. It was a tall order — perhaps the tallest in the grand history of popular music — and McCartney delivered in fine style. The singles collection affords us with a glimpse into a musician with something to prove. The limited edition features 80 seven-inch vinyl records, including the recreation of 65 original singles and their attendant artwork, as well as 15 unreleased singles associated with promotional efforts, digital downloads and music videos.

While the entire collection offers a lavish representation of an unparalleled career, for my money, the 1970s singles tell the most riveting story of the lot. In one of his last interviews, John Lennon spoke of his admiration for the way in which McCartney remade himself in the wake of the Beatles' demise, forming a new group, and, against all odds, finding superstardom in a new and very different decade.

With Wings and as a solo act, McCartney blazed new trails during the 1970s, scoring a king's ransom of hits, while at the same time never shying away from taking chances. In the period before Lennon's senseless murder, Paul landed eight chart-topping U.S. and/or UK singles, including "Uncle Albert/Admiral Halsey," "My Love," "Band on the Run," "Listen to What the Man Said," "Silly Love Songs," "Mull of Kintyre," With a Little Luck," and "Coming Up (Live at Glasgow)." And let's not forget that he scored two additional U.S. chart-toppers with his old band back in 1970 via "Let It Be" and "The Long and Winding Road."

It's a towering achievement — not only compared to the results enjoyed by the other former Beatles during this era, but also in terms of the steep level of competition in play during that period. Think about it: One of the Beatles' most palpable legacies involved the singer-songwriter era and album rock. Across the 1970s, the figurative children of their 1960s achievements battled it out on the Western record charts, vying for attention and acclaim among a sea of talent.

When it comes to box sets and compilations, it's the music, of course, that matters. And with McCartney, it's always been an embarrassment of riches. Take his aforementioned 1970s hits, for example. In and of themselves, they reveal an incredible range of styles and instrumentation. But they become even more interesting when you consider the near-misses that live among them — the would-be chart-toppers that came up just short. And it's a frightening list to behold, including titles like "Another Day," "Hi, Hi, Hi," "Live and Let Die," "Jet," "Junior's Farm," "Let 'Em In," "Maybe I'm Amazed" and "Goodnight Tonight."

The McCartney singles collection is a thing of beauty, to be sure — a celebration of pop music's greatest songwriter. But it's the music, as Lennon also reminded us during his last spate of interviews, that will survive us all. And Beatle Paul's remarkable collection of pop gems will endure for eons.