Is lasagna the unimpeachable victor of Italian-American comfort food?

All about the iconic, one-dish, standalone comfort meal that has satisfied so many over the years 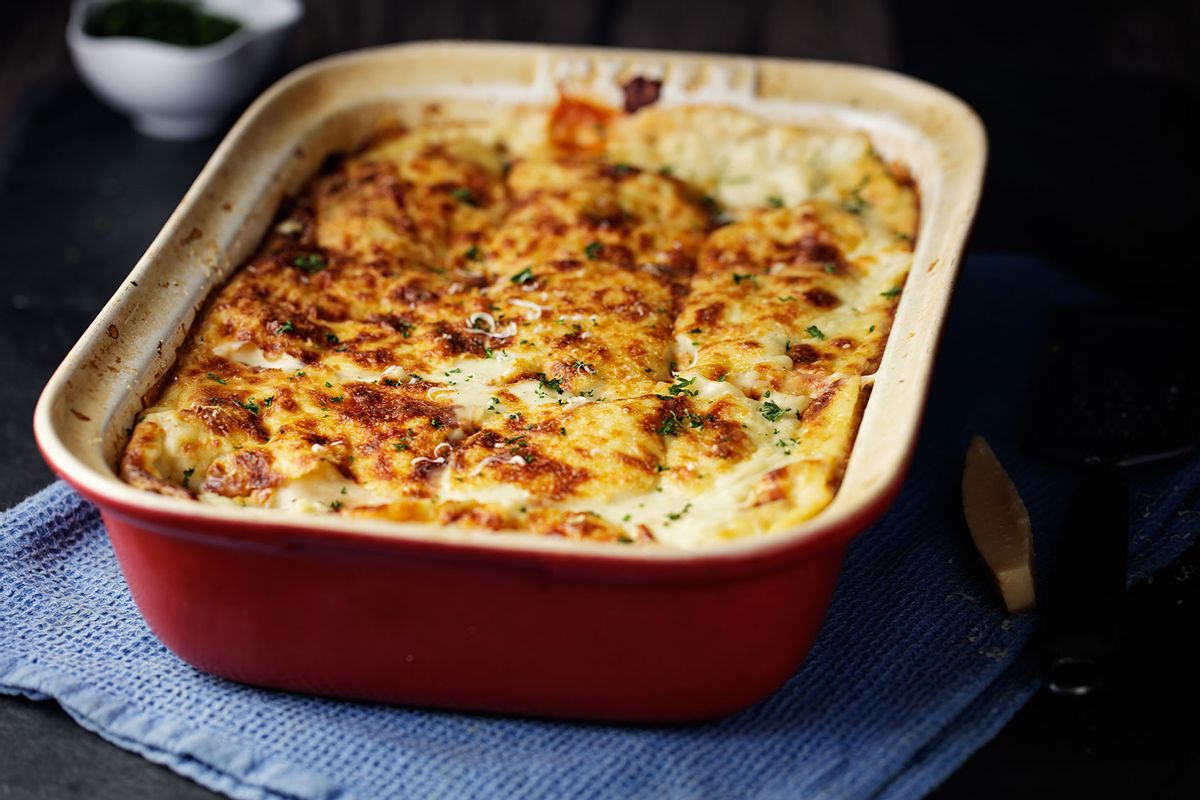 For as long as I can recall, my parents were "lasagna people," if you will.

Whether for a special occasions, a holiday or just a random dinner out, they would often opt for lasagna. This wasn't the case for me; I prefer a homemade lasagna on a holiday or on an weekend evening and I don't think I've ever ordered lasagna out. it's such a tried-and-true option, though and perhaps the most cherished Italian and Italian-American staple after pizza and spaghetti and meatballs.

This cheesy, nostalgic stuffed pasta dish is the coziest indulgence for sweater weather

Lasagna is also a perfect "one pot meal," it's an easy dish to make and then wrap up with foil and give to a new neighbor or someone grieving and it doesn't "require" any side dishes (although a green salad, some crusty bread and some extra sauce and grated cheese on the side are certainly welcome).

It's also endlessly customizable. As long as you're layering in some capacity, nearly anything can be deemed a "lasagna" — butternut squash planks in place of lasagna noodles, vegan cheese instead of standard ricotta and mozzarella, vodka instead of marinara, ground pork or chicken instead of beef, additions of spinach or chard  — the list goes on and on. Tweak as you see fit and depending on the size of your family, and you'll have lots of terrific leftovers, too! Expand your lasagna horizons and who knows where you'll end up. (It can also make a superb main course for Christmas dinner).

Italy Magazine noted that lasagna has "[evolved] and [acquired] several variations before being codified in the classic version of Bolognese cuisine." The recipe itself apparently first originated in the 1880s before varying iterations were created, including one featuring a spinach-laced pasta dough.

The publication also stated a quote from Fra' Salimbene da Parma who supposedly described someone eating lasagna as such: "I've never seen anyone stuffing himself on lasagna with cheese so pleasurably and so fully as him."

So behave like this man and whip up some lasagna this winter — perhaps it'll also make you and your loved ones "so pleasurably and so fully" content with your meal.

1 pound lasagna noodles (I like traditional, but you can certainly use no-boil if you prefer)

Marinara or "red sauce" of your choosing (family recipe, store-bought, whatever floats your boat)

Fresh nutmeg, grated on a microplane

-While I use a ground chicken-and-spinach "filling" here, you can opt for leftover turkey Bolognese, traditional bolognese, crumbled sausage, broken up meatballs, sausage or braciole, or ground pork or vegan protein. Just don't over-season because this flavor shouldn't take over the whole dish.

-I'm a big proponent of a structurally sound lasagna — half the fun is the perfect slice, the ideal lines, the crisscrossed layers — one great tip I've seen for this is from none other than Anne Burrell (I'm clearly a big fan), who advises cooking the lasagna, then cooling and refrigerating it, then warming or broiling it until ready to serve. after the double cook, the lasagna itself should be a bit firmer and stand up to cutting, resulting in properly shaped and layered portions of lasagna slices instead of a "mushad" slice that dissolves into a puddle of noodles, sauce and cheese once it's plated. Another Anne Burrell lasagna tip I've always sworn by is layering each layer of noodles in a different direction to help further stabilize the lasagna itself.

-I like serving a piece on top of a bed of sauce, perhaps even some more sauce drizzled on top (and obviously extra cheese).

-Leftovers can get a bit dry, so definitely have some extra sauce (or sauces) at the ready to help mitigate that.