Embrace outdoor entertaining this winter. All you need are bubbling-hot appetizers and some snow pants 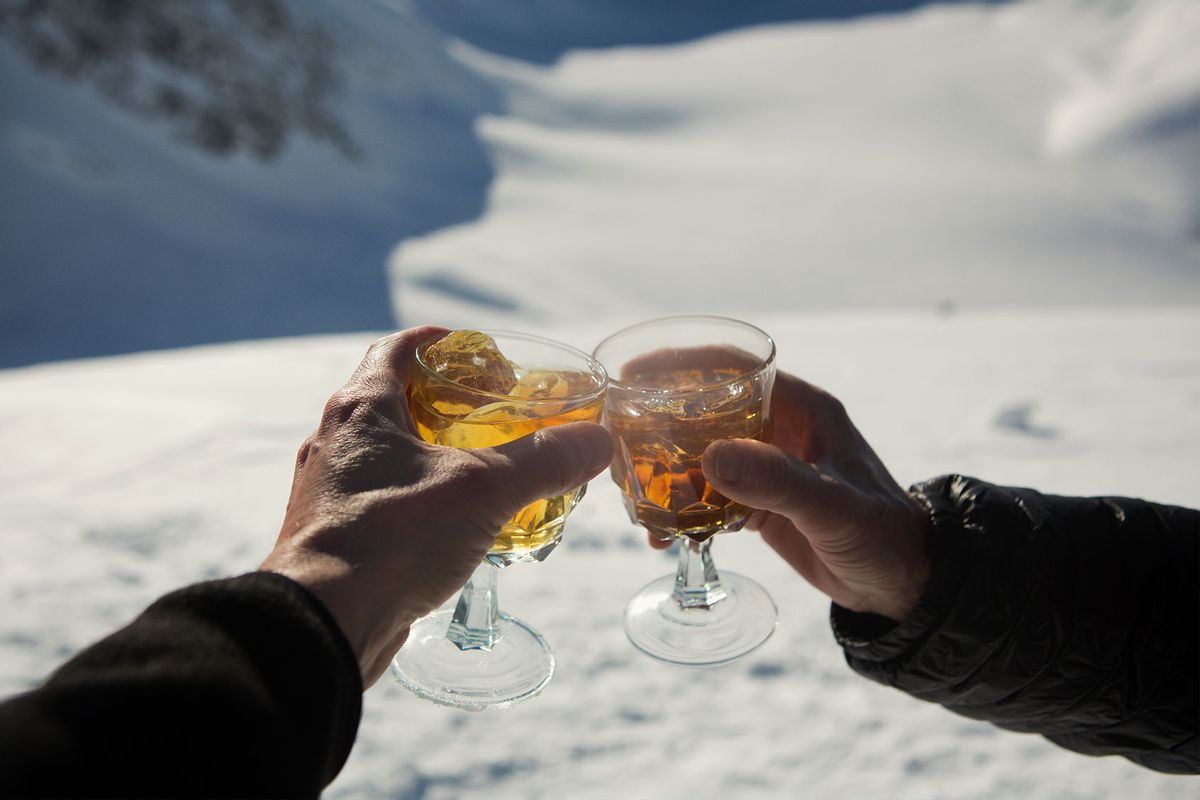 More than likely you have a few cocktail parties and semi-formal family gatherings to attend before this year is over. If you live in a colder climate, these events will probably take place indoors near a roaring fire, or at least a soothing video of one on the TV.

But might I suggest an al fresco addendum to any of the above — even if only for a short time? All you need is your warmest winter coat, thick socks, and a pair of snow pants — the latter of which you can easily roll up and shove in a bag alongside the hors d'oeuvres and wine you've already been charged with bringing.

How to make holidays any time, any place

My family began an unofficial tradition of al fresco winter happy hours about five years ago on New Year's Eve. We'd rented an A-frame cabin in the woods during a brutal Midwestern cold snap and decided that rather than spend the entire long weekend holed up inside, we'd embrace the cold. We rustled up a spread of Scandinavian smorrebrod (open-faced sandwiches on dense rye bread), thick cubes of tortilla española, and crabmeat delights (recipe below). We climbed into our snow pants and zipped up our winter coats, poured a round of aquavit shots for courage, and headed out onto the snow-crusted deck just as the sun dipped below the treetops. 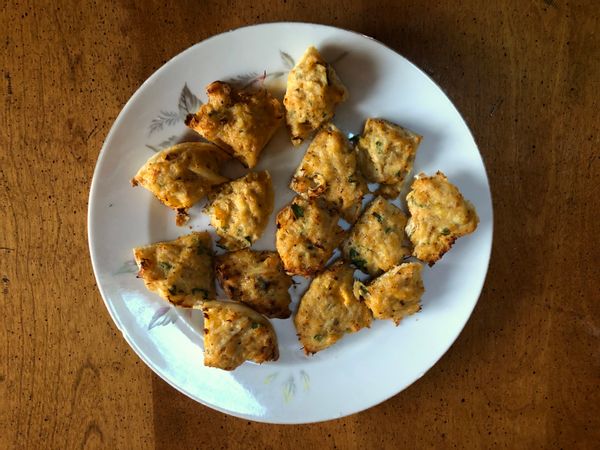 Crab delights (Maggie Hennessy )There's nothing more invigorating than feeling the prickling winter air on your face while you snack on dainty noshes in your bulky coat and gloves. We took turns rushing back inside for warm reprieves to refill platters (I'd suggest paper or plastic) or top off mugs with hot mulled wine. The steam from our breath and mugs swirled dramatically into the subfreezing air as the first winking stars appeared above. Our laughter pierced the thickset quiet, as seemingly the whole neighborhood had opted for the comfort of the indoors that evening.

Scandinavia has long embraced the notion of getting outside year-round; Norway has a concept called friluftsliv, which translates roughly to "open-air life." Everyone is brought up with this cultural tradition, and with it the implied importance of properly bundling to maximize outdoor enjoyment in wintertime. And indeed, studies have shown spending even short amounts of time outside can improve our mental and physical health.

After a few years of al fresco happy hours, I've found that, aside from warm socks, snow pants — particularly the bib variety, which also make you feel as carefree as a seven-year-old — do a lot of the heavy lifting in keeping you toasty long enough to thoroughly enjoy an hour or so outside. 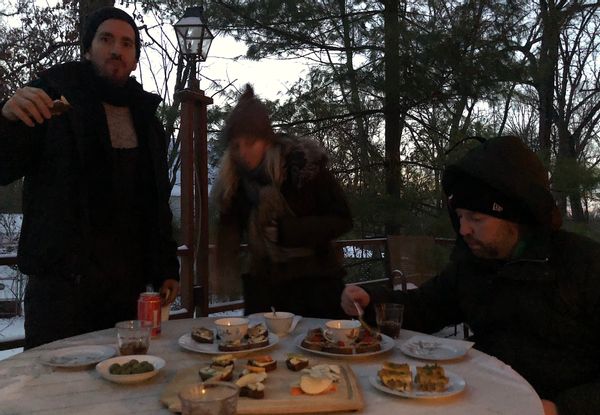 Our al fresco happy hour (Maggie Hennessy )Plus, you'll never appreciate the warmth of the indoors, or your company, more than when you all return from al fresco happy hour — faces flushed from cold and laughter, and dress pants and skirts wrinkled and sticky with static cling beneath your snow pants. Just like being seven again.

1 Tbsp each finely chopped chives and parsley, plus more for garnish

This decadent retro appetizer is best served sizzling, particularly if you're standing outside in below-freezing weather. The good news is, you can prep crab delights ahead and store them in the freezer, then simply broil them to order.