Chillable red wines may be synonymous with poolsides, but they're equally great in long sleeves 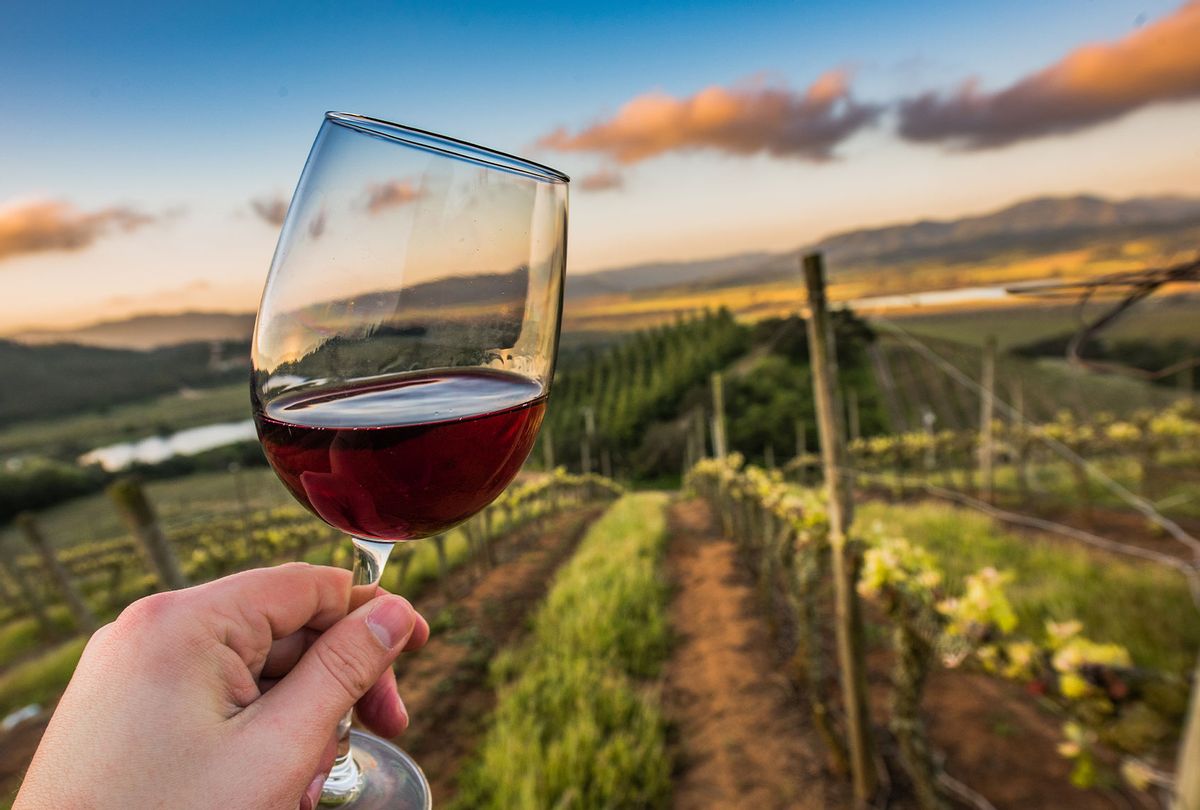 The finest time of year is upon us — those few weeks connecting summer and fall, when a string of steamy days intermingle with dips into crisp, dry 60s and 70s and the sky never looks more cerulean. These are the days you want to maximize — adapting whatever dinner you had planned to the grill and lingering on the patio long past sunset even as the temps slip and the days shrink.

What better wine to bridge summer and fall than something light and juicy red — best served with a slight chill? Enter chillable reds, those refreshing, light- to medium-bodied red wines that are fruit-forward, acid-driven and usually low in tannins. Think Beaujolais (Gamay), Dolcetto, País, Pinot Noir, Trousseau and Zweigelt. The French call them glou glou, meaning "glug glug." The wine bros call them porch pounders. Chillable reds may have lately become synonymous with poolsides, but I like them when I'm in long sleeves, too.

"Scientifically, I can't tell you why these wines are better served a little chilled," sommelier Sara Moll, the founder and CEO of Vin Social in Brooklyn, tells Salon. "They just become a little more enjoyable, a little more — I don't want to say chuggable — quaffable."

Technically, those of us storing our wines at room temp should slightly pre-chill all reds before drinking them, Moll says, as they're meant to be served closer to cellar temperature (55 to 60 degrees). She suggests popping them in the fridge 15 minutes before opening them; make that 30 minutes for chillable reds. 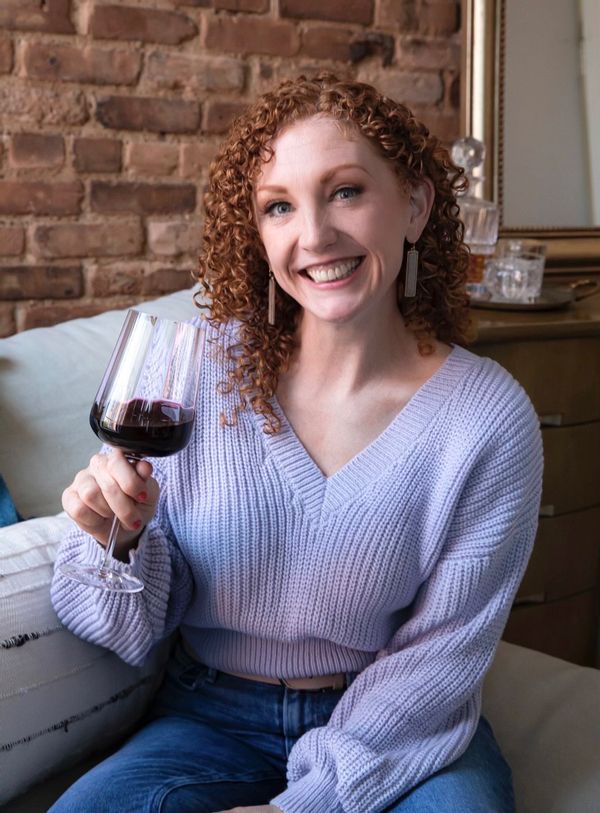 Best drunk young and not deeply pondered, chilled reds indeed drink great on their own. When pairing them with food, Moll likes the snappy acidity of Beaujolais to cut the richness of a cheeseburger or a seared steak. The silky texture of a cooled California Pinot Noir mirrors that of buttery grilled or roasted salmon. The bright fruit of chilled reds also makes them a fun partner for barbecue — "one with a little edge of smoke from barrel aging would be great with smoked brisket," Moll adds.

If you're feeling a cheese plate, stick to hard cheeses like nutty aged gouda or sharp, crumbly aged cheddar with its bursts of salt crystals. If you're in a vegetable mood, fire up the grill and sear a mix of peppers and meaty mushrooms, and also plate them with slices of charred bread rubbed with fresh garlic and a batch of romesco, if you're feeling fancy. Serve said veg feast with earthy, wild País or Beaujolais with its savory cracked pepper notes.

On that note, keep the Gamay handy if you're planning a tomato-based pasta dish. "Tomatoes have a good amount of acidity, and you always want the wine to have as much acidity if not more than the food you're eating," Moll says. An Old World-style Pinot works beautifully with tomato-based pasta, too — especially if you were mulling a mushroom ragu.

Or simply savor that chilly red all on its own, letting it evolve in the glass as it slowly warms, while outside the golden transition to fall unfolds likewise unseen.

(from me and an actual expert: Vin Social's Sara Moll) 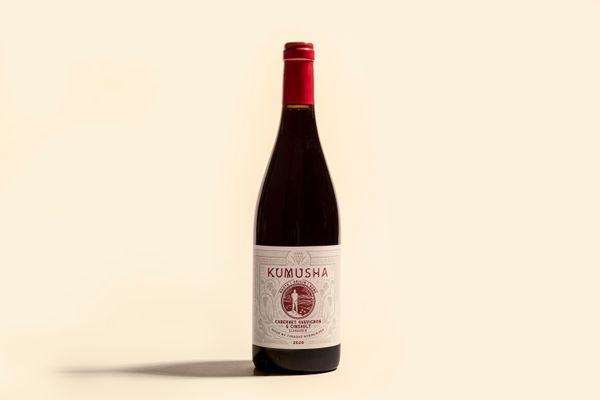 World-renowned sommelier Tinashe Nyamudokatasty launched this sustainably certified winery in Johannesburg, South Africa, in 2017. The Slanghoek blends 76% Cabernet Sauvignon with 24% Cinsault. "It's an amazing chillable red and a cool way to experience Cab Sauv because the Cinsault makes it way lighter on its feet," Moll says. "It's such a good burger wine. It has that nice fruit quality but also great spice and little pepper."

This biodynamic, woman-owned winery in Amity, Oreg., specializes in expressive, complex Rieslings and Pinot Noirs. Cahiers is a sultry, dark wine that smells like black raspberries and blood oranges with a rich, silky palate of red fruits. It's a match in heaven for a bacon cheeseburger or grilled pork tenderloin.

Kingston Family Vineyards is a woman-founded brand with a rich history as one of the first organic vineyards and wineries in Chile's Casablanca Valley. "One of the absolute best affordable Pinot Noirs I have ever come across, Tobiano delivers way above its price point in terms of quality," Moll says. It smells minerally and a touch smoky, like Oregon Pinot Noir. On the palate, it's juicy and taut with a nice core of red fruit. "A super small-batch, hand-crafted Old World-style Pinot that will knock your socks off," Moll adds. 'Nuff said. 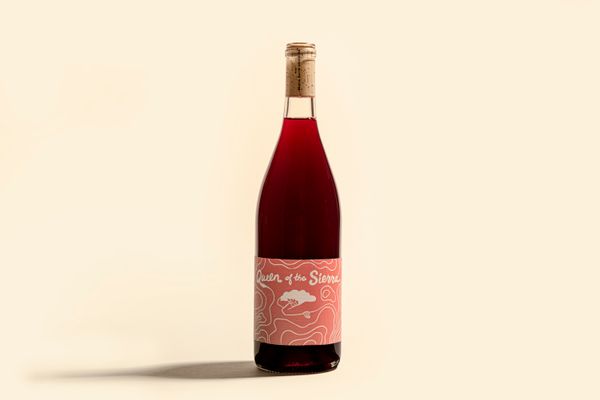 The epitome of a chillable, chuggable (whoops!) red made in a natural style, this wine smells like "juicy raspberries and cherries balanced by a nice thread of earth and spice," Moll says. "On the palate, the wine is light on its feet with lifted acidity and an exuberant pop of raspberry and bing cherry." Forlorn Hope wines champion grape varieties that are less common and grown in California's Sierra Foothills. All are made in "very lo-fi fashion," with native yeasts, unfiltered and unfined, with nothing added but minimal sulfur for preservation, Moll says.

"We love this wine and winery so much. We did a co-labeled project with them!" says Moll of this unique blend from New York's only LEED Gold Certified winery. Combining Blaufrankisch, Teroldego, Lagrein and Cabernet Franc, Rebel balances dark fruit flavors like plum, fig and blackberry preserves with undertones of warm spices and earthiness. "Owner/winemaker Nancy Irelan is a huge believer in the potential for cool-climate Alpine red grape varieties in the Finger Lakes, and this wine is the epitome of that vision," Moll says.

An organic, wild wine produced from Chilean vines that have grown wild and even up the tree, this fresh and balanced chillable red smells floral and herbaceous with refreshing flavors of cherry, juicy pomegranate and wild strawberry and a long finish. It's a delicious partner to barbecue, any grilled sausage, a Mediterranean mezze platter or grilled vegetables.