Why Disneyland is Coke and Vegas is Pepsi 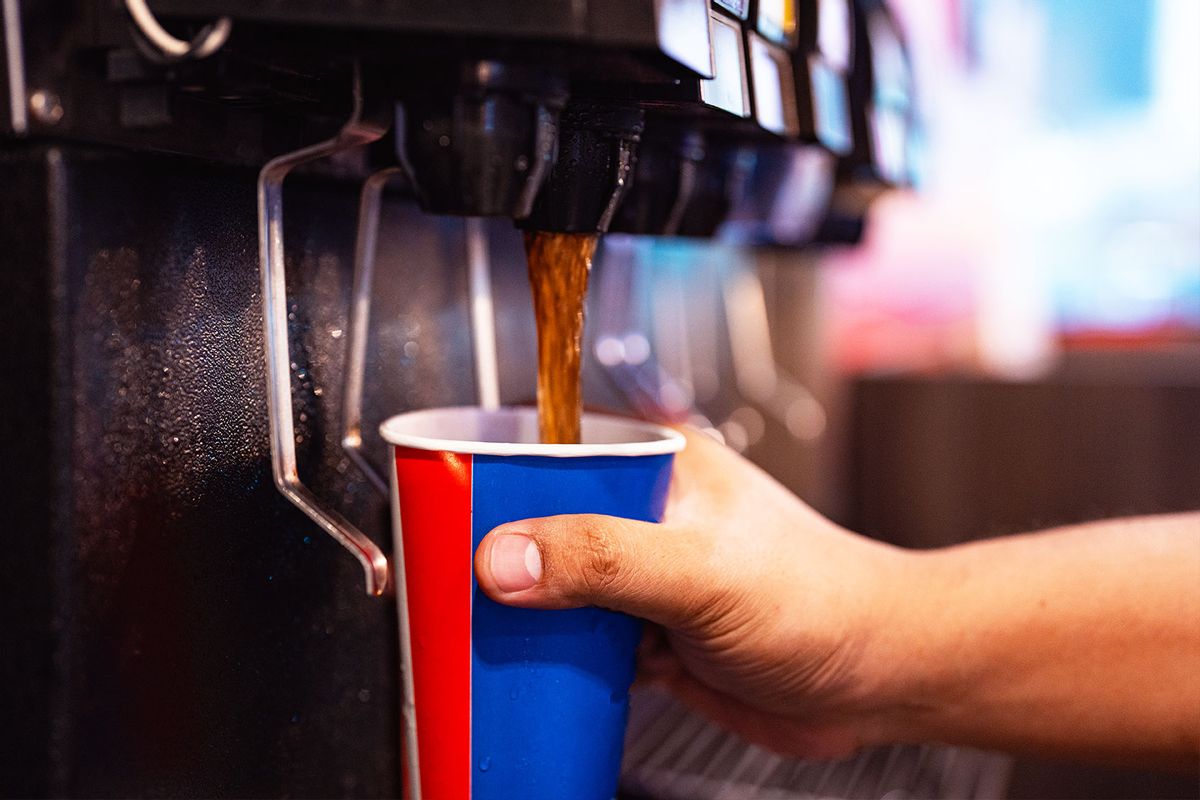 I had never considered Vegas a town lacking in anything. I had come for a few days this past fall, dutifully overloading my senses and depleting my wallet every time I left my hotel room. But at a dinner one night with a large group of colleagues, I heard the first rumblings of discontent, and unfulfilled wishes. "You wouldn't," the woman next to me at our table asked the waiter gently, "just happen, by any chance, to have Coke?" He shook his head. She'd already guessed as much.

"Am I tripping or is everything here Pepsi products?"

Vegas is a Pepsi town — so much a Pepsi town that it's one of the few places in the world that's ever served Pepsi in some of its McDonald's locations. If you go on travel forums, you will discover spirited discussions about how tricky it can be to find a Coke, or, as one Redditor put is earlier this year, "Am I tripping or is everything here Pepsi products?" And if you Google "Las Vegas Pepsi," your results will produce the plaintive "Why is there no Coke in Las Vegas?"  Naturally, once I realized this, I wanted nothing else from Sin City but an icy bottle of the Real Thing.

There is, in fact, Coke to be found in Vegas, most notably in some higher-end properties like the Bellagio. There is even a Coca-Cola store on the Strip, so you won't be deprived if that's your preference. But as the Vital Vegas guide noted back in 2019, "The Strip is Pepsi dominated, as the big casino companies have deals with Pepsi." Caesars properties, for instance, are Pepsi zones. And with Pepsi comes its suite of other beverages — handy to know if you're a fan of Mountain Dew. But considering the deluge of advertising for Bacardi I encountered in my hotel, I did find myself wondering if my cocktail hour plans might have to include a rum and…. Pepsi.

In the age of megachurches, communion has become a big business

Pepsi's relationship with the town shows up in other ways. In 2020, PepsiCo launched its Dig In initiative to support Black owned restaurants across the country, which just this fall featured a Restaurant Royalty Residency program to "bring signature dishes from Black-owned restaurants" to MGM properties in Las Vegas.

In hindsight, I can see how Pepsi, with its somewhat edgier brand identity, is a natural fit for Vegas. It likewise checks out that wholesome, all-American Coke, in contrast, dominates the happiest place on earth.

The Disney relationship goes back to before there were even Disney theme parks. As Chelsea Burnett, Alliance Manager of Disney Corporate Alliances, wrote on the Disney Parks blog last year, "Our relationship with Coca-Cola started in 1942 when Walt Disney first appeared on the Coca-Cola radio program 'The Pause That Refreshes on the Air.'" Coke was on the menu when Disneyland opened back in 1955, but it's been the parks' exclusive beverage provider since the 1980's. Today, the company's products are ubiquitous in Disney parks all around the world.

Theme parks and casinos are, of course, just a larger manifestation of the kind of corporate contracts that not so subtly guide our recreational consumption choices. Julian Goldie, CEO of the SEO link-building Goldie Agency notes, "A movie theater may enter into a partnership with a particular soda brand and exclusively serve that brand in their concessions or an amusement park may be sponsored by a particular snack food company, and feature their products throughout the park. Brands can often guide our choices through strategic product placement and promotional efforts. For example, a casino may prominently display certain brands of beverages near popular gaming areas, or a music venue may offer discounts on certain brands of drinks as part of a special promotion." Or Caesars may choose, like it did this spring, the High Roller wheel as the perfect place to launch a Pepsi Nitro pop-up experience. The result, as Steven Zhang, founder of the tea culture blog TeaJust, notes, is that "these tactics create an association between the brand and the experience of enjoying a night out."

If you're very a brand-loyal traveler, you might want to do some advance work before you take off, so you're not already ordering room service before you learn that Pepsi is the drink of choice in Marriott's over 6,300 properties. And if you're thirsty for the thing that refreshes you most, you might have to get out and stock up. Matt James of the travel blog Visitingly suggests, "If you are in a 'Coke town' and want a Pepsi, you can usually find one at a convenience store or grocery store. You may also be able to request a different brand of soda at restaurants or bars, although they may not always have it available." When all else fails, you can always just order something else — but it wouldn't be quite the same, right?

I am not enough of a soda consumer to usually care — or notice — the soft drink culture of a particular town or resort. (I have however been known to get feisty about the beer offerings at certain stadiums.) But the elusiveness of Coke in Vegas made it absolutely tantalizing to me. There, Coca-Cola glittered like an effervescent dream in my imagination, as out of reach as a row of cherries on a slot machine. I bought a bottle at my bodega when I got home. It was okay. But like so many things about Las Vegas, getting it wasn't as good as wanting it had been.

about the soft drinks we crave